Far from home, father and son find help for epilepsy

They traveled 8,000 miles to seek treatment for ongoing seizures that medication could no longer control.

Obed Oroko would do anything for his son, Mao. Even if it meant traveling 8,000 miles across the globe for a chance at a better life.

Oroko and 10-year-old Mao made the 20-plus-hour journey from Kisii, Kenya to Riley Hospital for Children in Indianapolis in late March on a wing and a prayer.

An agreement was reached to provide humanitarian care for Mao at no cost to the family, and they worked with IU Health’s Destination Services team to arrange the visit.

“At the beginning, we thought that medication would help him recover,” Oroko said. “We were not ready to come here until we got to the point where doctors said medications were not going to work.”

That was the saddest moment of their lives as parents, Oroko said. He and his wife have watched and worried as their son has dealt with seizures since he was a toddler. Though they mostly occurred at night, the couple was fearful that something would happen at school.

“We as parents were left worrying when he goes to school whether it’s going to be a normal day for him,” Oroko said. “In Kenya, there is a lot of stigma around epilepsy, so when you have a case happening in school, that can be very disastrous to the child because nobody understands this disease back at home.”

It left the couple anxious day and night – until they learned that Riley neurosurgeon Dr. Jeffrey Raskin and other providers had agreed to donate their time and talents.

“There was a glimmer of hope when Riley Hospital agreed to help us through humanitarian aid to see if they could do surgery or not,” said Mao’s dad, who traveled to the United States with his son, leaving his wife and older son back home in Kenya.

“For us, it’s unbelievable that this happened in our lives. We are extremely excited and very thankful for this wonderful gesture.”

Epileptologist Dr. Robert Blake did bedside mapping along with EEG technicians and identified where the boy’s seizures were coming from. Another surgery in early May removed the electrodes and placed lasers targeted to destroy the seizure-specific parts of the brain while protecting his normal brain.

“He went home two days after surgery and is seizure-free,” Dr. Raskin said. “It went fantastic.”

Home, in this case, means back to his uncle’s house, where father and son are staying while Mao recuperates. He returns to Riley for physical therapy and follow-up visits but is expected to fly home to Kenya at the end of the month.

Oroko said the past eight years have been filled with uncertainty regarding Mao’s health.

He and his wife considered home-schooling Mao so they could keep watch over him. But now the soccer-loving 10-year-old can get back to being a kid again.

“I wish to express my deep sense of appreciation to the entire hospital, the administration, the doctors and the entire team that played a part in Mao’s treatment,” Oroko said. “In Kenya, this is a very big problem, and many parents don’t know what to do about it. When I get back home, I want to let people know there is help for epilepsy.”

According to Dr. Raskin, epilepsy is a dangerous and stigmatizing condition that is “profoundly undertreated around the world.”

“Our program is on track to do 120 epilepsy surgeries this year. Whenever possible, we use minimally invasive methods including cranial robotics and laser ablation,” he said, adding that Riley’s Comprehensive Epilepsy Program is capable of the most technologically advanced treatment methods in the world. 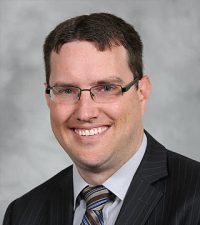 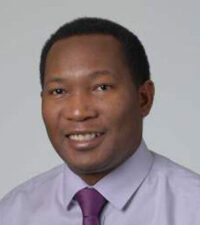