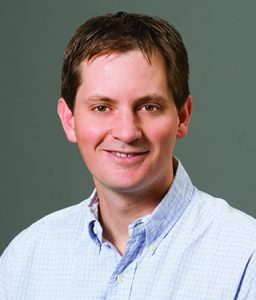 Dr. Simmonds is a native of Ellettsville and graduated from Edgewood High School in 1992. He then went on to get degrees at Indiana University-Bloomington (1996) and the IU School of Medicine (2001). He completed his pediatric residency training at the IU School of Medicine/Riley Hospital for Children at IU Health in Indianapolis in 2004. He practiced at Associated Physicians & Surgeons in Terre Haute, Ind. for two and a half years before making the move back to his hometown.

Dr. Simmonds and his wife, Kristina, who is also an Ellettsville native, have one son, Evan. In his spare time, he enjoys watching, and often coaching, his son's sports teams, attending IU basketball and football games, and playing the occasional pick-up basketball game.