This family was unprepared for a diagnosis of type 1 diabetes, but together they have learned to live well with it.

Jessica Bona was in shock when her then-17-month-old son was diagnosed with type 1 diabetes.

Zayden Thomas, her busy, active toddler who had taken his first steps months earlier, became lethargic to the point where he couldn’t walk. He lost weight, despite chugging milk, and his cheeks were flushed.

Doctors in Lafayette, Indiana, near where Bona and her family lived at the time, were alarmed when his blood sugar spiked over 800, and he developed diabetic ketoacidosis, a serious complication that requires emergency intervention with insulin and intravenous fluids.

He was LifeLined to Riley Hospital for Children, where his care team worked to manage his condition.

It was a lot for a young mom to process.

That was a decade ago, and Zayden is now a 12-year-old straight-A student in seventh grade. He loves reading and writing books, playing video games and hanging out with family and friends.

But he and his entire family must still work to control his diabetes, for which there is no cure.

November is Diabetes Awareness Month, and Zayden’s mom wants to lend her voice to those who are advocating for more research and better treatments.

Especially now that her 3-year-old daughter, Mackenzie, is also displaying symptoms of the disease.

Type 1 diabetes, once known as juvenile diabetes, is a chronic condition in which the pancreas makes little to no insulin. The body uses insulin to allow sugar (glucose) to enter cells to produce energy. Without it, a person may suffer life-threatening ketoacidosis, like Zayden did.

Symptoms of type 1 include increased thirst, frequent urination, hunger, fatigue and blurred vision. It is different from type 2 diabetes, which is mostly lifestyle-related and develops over time in adults.

Different factors, such as genetics, environment and some viruses, may cause type 1 diabetes, which usually appears during childhood or adolescence. Because there is no cure, treatment is directed at managing the amount of sugar in the blood, using insulin, diet and exercise to prevent complications.

For Bona, Zayden’s diagnosis was the start of a new world of doctor appointments, finger pricks, sleepless nights, carb counting and insulin pumps.

“I knew what diabetes was, but I never thought it would happen to my kid, and I didn’t really know what it meant,” the Anderson mom said. “I had no clue.”

Difficult doesn’t begin to describe those first few months, which turned into years, she said.

“I would get up three or four times a night to check his sugar,” which meant pricking his finger, she said. Sometimes he woke up, sometimes he didn’t.

Now he has an insulin pump, which has been life-changing, Bona said, and a continuous glucose monitoring system, so he and his parents can see his sugar levels at all times.

After Mackenzie complained that her back hurt, doctors found the 3-year-old’s A1C (a blood test that measures a person’s average blood sugar levels over the previous three months) was elevated. A normal A1C level is below 5.7%.

She is now on a continuous glucose monitoring system but does not require an insulin pump yet.

As lost as Bona felt when her oldest child was diagnosed with a lifechanging illness, she feels better equipped to handle Mackenzie’s care. But she knows there are other parents out there who could use some extra support.

“I know when Zayden was first diagnosed, I wish I would have had a little bit more support, somebody to talk to, to tell me it’s going to be OK. That it’s not going to be completely hard forever,” she said.

“It does get better. It gets easier.”

Bona said there is no history of type 1 diabetes in her family, but she did have a rare autoimmune disease (pulmonary hyalinizing granuloma) when she was 15, requiring her to spend much of ninth grade at Riley.

The National Diabetes Statistics Report 2020 states that around 210,000 children under the age of 20 in the United States have diagnosed diabetes. Type 1 is much more common in young people; however, the rates of both types in young people are increasing.

The disease can appear at any age, but there are two noticeable peaks. The first occurs in children between 4 and 7 years old. The second is in children ages 10 to 14.

Zayden is learning to live with his diagnosis, but it hasn’t been easy on him or his family.

That’s why his mom leans on her faith for strength and encourages others to reach out for support if their child is facing a lifechanging diagnosis.

“Zayden is definitely my superhero.” 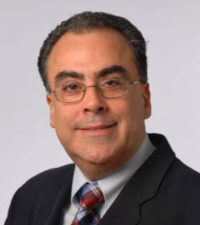 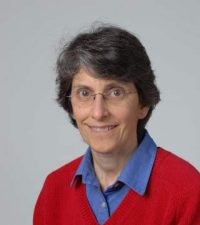 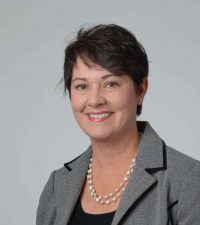