A Riley support group provides a space for patients to be part of something special: “It’s nice to talk to people who get what I feel.”

Not many people can understand the world of heart transplant.

Imagine being a young adult heart transplant recipient learning to navigate that world as you also pursue goals like a college education, marriage and a career.

Each month, several young people – Riley Children’s Health patients – get together virtually in what’s billed as a support group, but also serves as a social group.

There, they share experiences and challenges – whether it be with insurance, a scary medical situation or transitioning to adult care.

They know that no one can relate quite like another heart transplant recipient.

“I like the community it brings,” said 22-year-old Leighton Akins, who has been transplanted twice at Riley, most recently in 2021. “I like how we just talk about similar issues we all face.”

“It’s nice to talk to people who get what I feel,” the 24-year-old newlywed said. “They understand the trials of being a heart transplant patient.”

“You get a lot of understanding here that you don’t get everywhere else,” agreed Lexi Fuchs, 19, a sophomore at Indiana State University who received her new heart at age 11.

“It’s good to know you’re not the only one having a struggle,” Emily Hume added, whether it’s about getting IVs placed or managing multiple medications. The 21-year-old senior at Indiana University was just 12 when she required a heart transplant.

Leighton has graduated from college and works in corporate compliance. He has a pup named Sadie, who made a guest appearance at last Sunday’s support group meeting, which is facilitated by IU Health social worker Leah Crane and transplant coordinator Debbie Murphy.

Lexi shared a harrowing tale of becoming extremely ill while at school last week, which prompted a trip to the campus health clinic, followed by hours in the emergency department of a Terre Haute hospital. Eventually, she was transferred by ambulance to Riley.

It was her first visit to a hospital outside of Riley, and the first time she didn’t have her mom by her side immediately. She was aware enough to share her transplant history with the outside medical team, along with her medication list, and put them in contact with Murphy, who helped her navigate a stressful situation.

Murphy encouraged the young people to be prepared for a scenario such as this and to take on that advocacy role for themselves. For many, it might be the first time they’ve had to navigate a medical emergency without their parents beside them.

“It’s really important to know your symptoms, when they started, have they gotten worse, your temperature and your medications,” she said.

In Lexi’s case, the care she received before she arrived with her mom at Riley was appropriate, but her Riley team advocated for her transfer to Indianapolis so they could oversee her treatment.

Riley cardiologists Dr. Robert Darragh and Dr. John Parent manage the care for most of these transplant patients.

Murphy, who has known most of the group participants and their parents for up to two decades, said giving the young adults a space in which to share stories and learn from guest speakers, is key to their continued success as they move toward independence.

“First of all, it has given them a social network,” she said, adding that they can learn from others in the group how to deal with certain challenges.

“They are a remarkable group,” Murphy said. “It’s been a privilege to watch them grow.”

The group came together in person last spring at a restaurant, but Crane hopes to secure tickets to a Pacers or Colts game this year, so they can enjoy a fun outing.

For details on the group, email lcrane1@iuhealth.org.

Patients who are treated for congenital heart defects at the Riley Heart Center have access to world-class expertise and resources for intensive care. 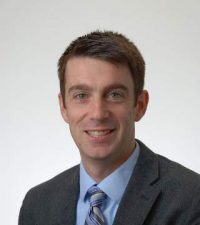 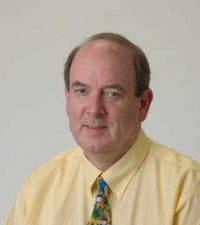