“The people of Riley are the reason my son survived”

Baby Finn was born with multiple heart defects, but he is thriving now, thanks to early intervention and specialized care.

Finn Michael Parker Woodiel is a big name for a little guy.

But baby Finn made quite the entrance when he was born Nov. 29, 2021, at the newly opened Riley Hospital Maternity Tower.

Parents Ian and Anna were excited to meet their firstborn son, following months of worry about his little heart.

Anna was just 18 weeks pregnant when her doctors in South Bend diagnosed a serious heart defect in her baby in utero. They immediately put her in touch with specialists at Riley Children’s Health in Indianapolis.

From the first phone call she received from Riley to schedule a scan, Anna said she felt reassured and supported by the Riley team.

“I just remember feeling such a sense of relief and reassurance in such a crazy scenario we were thrown into,” she said.

Little Finn, who was originally thought to have hypoplastic left heart syndrome (a severe congenital defect in which the left side of the heart is underdeveloped), received a slightly better diagnosis after he reached Riley, though it’s still a lot for new parents to absorb.

His problems included severe pre-ductal coarctation of the aorta (a narrowing of the aorta that forces the heart to pump harder) and a large ventricular septal defect (hole in the heart).

“I cried for days,” Anna said when she first thought her baby would have hypoplastic left heart. The condition, which she’d never heard of, requires three open-heart surgeries over the child’s first two years of life to correct.

Learning the slightly better prognosis brought relief, she said, but it was still serious. She made the trip down from South Bend every month beginning when she was about 20 weeks pregnant to get scans and be seen by Riley doctors.

Finn continued to grow well, and genetic testing revealed no other concerns. Her induction date was scheduled for Nov. 28, and she and Ian returned to Riley just after Thanksgiving to prepare for the birth.

“The care I got while I was pregnant, I never doubted we were in the best hands,” Anna said. “I felt optimistic about it all.”

She and Ian handed their little boy over to Riley cardiothoracic surgeon Dr. Mark Turrentine to repair his heart Dec. 7. He was just a week old.

“Being a first-time parent is wild enough, let alone this,” Anna said.

But the surgery went well, and the family returned home on New Year’s Eve. Finn sees Riley cardiologist Dr. Erin Davis in South Bend and will return to Indianapolis for surgery to close his VSD in a few months.

“He is so goofy,” his mom said. “He’s super chatty, especially with his dad. They have their own little language. He’s trying hard to be on the move – rolling around and super wiggly, grabbing for everything including dad’s beard. He couldn’t be sweeter. He’s the best.”

She is grateful for the care both Finn and she received at Riley, saying she felt supported from Day 1.

“We cannot express what it's meant for our family to be in such great hands. I'm endlessly grateful for the brilliant minds behind not only Finn's care, but the advancement of everything we know about congenital heart defects,” Anna said.

“The people of Riley are the reason my son survived and is now thriving. They made us feel supported and hopeful during the scariest and most emotional time of our lives. I have no doubt it will be the same with his next surgery, and we just really owe everything to everyone involved in his care.”

Riley’s cardiology and heart surgery program is ranked fifth best in the nation by U.S. News & World Report. It is the Midwest’s top-ranked hospital for children’s heart care.

The Fetal Center at Riley Children's Health sees high-risk pregnant women and newborns. Learn more about the program and its services. 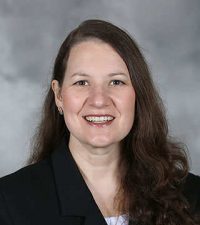