Her son was critically ill at Riley three years ago. Now, standing before her was one of the people who brought light into that dark time – an “angel on Earth.”

Stefani Goetz thought the young woman in front of her looked familiar. But she sees a lot of familiar faces at her flower farm, 21 Petals, in Lafayette, Indiana.

She and her husband, John, started the farm two years ago to bring light and color into a world that had become increasingly dark in the past few years. Its name, 21 Petals, honors their son’s 21st chromosome.

You see, Foxx Goetz, now 5, has Down syndrome, a genetic condition caused by an extra chromosome.

But back to the young visitor at the farm on a beautiful October weekend. Her name is Sarah McGregor, and she stopped at the farm with her mother, Kathryn, after attending a nearby wedding. 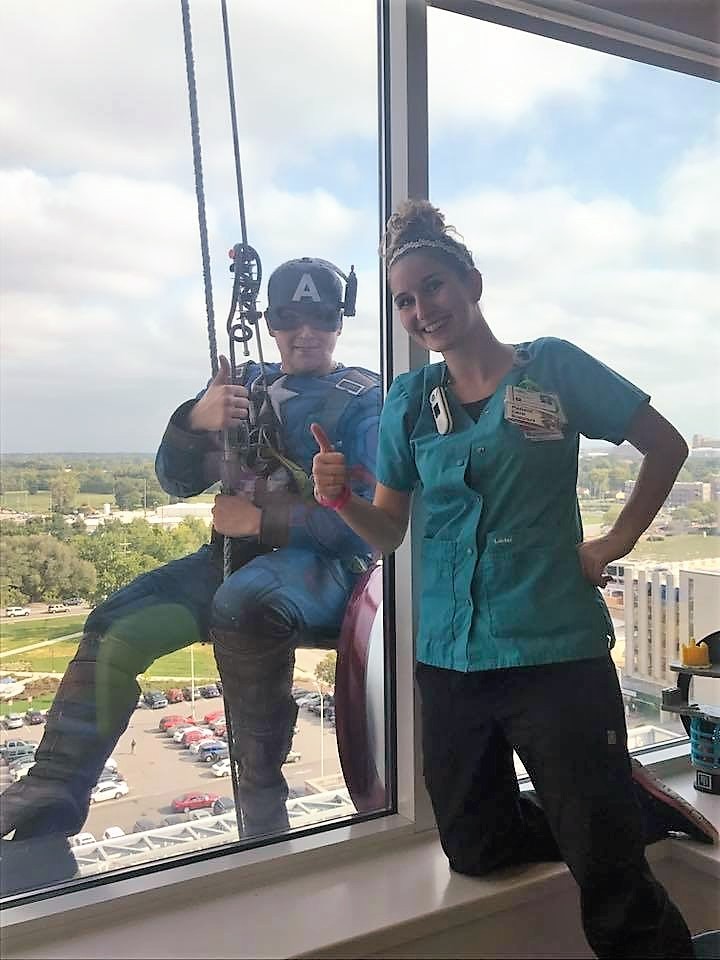 Kathryn recently retired as clinical manager of the burn unit at Riley Hospital for Children. Her daughter has worked as a patient care aide at the hospital for several years and is weeks away from finishing nursing school.

But Goetz didn’t know any of that at first. She’s just good at remembering faces.

“I know a lot of people in the area, and when she came to the farm, I asked how I knew her,” said Goetz, who works as assistant principal at a nearby school.

They ran down a few possibilities before Sarah mentioned she works at Riley.

“That’s it! You took care of my son,” Goetz told her, as a rush of memories came flooding back.

Sarah hadn’t yet made the connection – understandable considering she has taken care of lots of children over the years – but when Goetz said his name, it clicked.

Foxx with a double x? That’s the one.

“I remembered the name as soon as she said it,” Sarah said. “Considering how long ago it was and she still remembered me, that’s pretty cool. It made my day. I think I’m doing what I’m supposed to be doing.”

Goetz couldn’t agree more. She remembers Sarah as a calming light in a time of dark despair.

Foxx, who was about 2 at the time, was emaciated, bedridden and white as a ghost, his mom recalled. Although he’d been hospitalized many times before at Riley, this was among the scariest because doctors at first didn’t know what was wrong with him.

When they did diagnose him with pneumatosis intestinalis (gas cysts in the bowel wall), there was an intense treatment plan, Goetz recalled. He was hospitalized for more than a month. 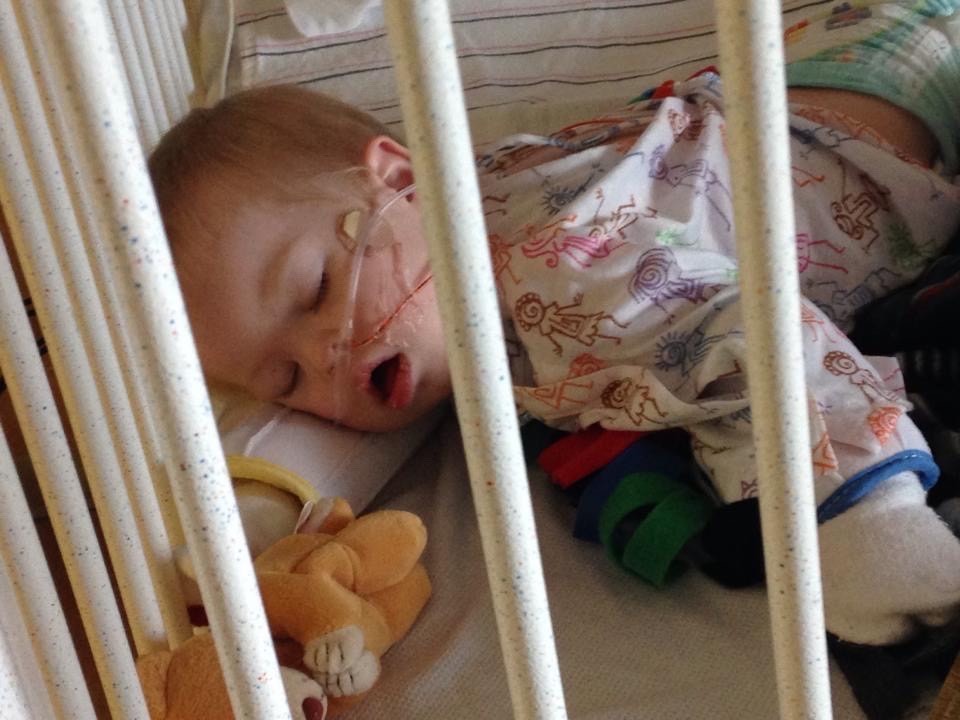 “When you’re in the thick of those dark days, you don’t always realize how bad it is, and you look back and realize ‘Oh, my gosh, that girl was like an angel on Earth,’ ” Goetz said of Sarah.

“We’ve had tons of awesome people at Riley. For sure we’ve had amazing care there. But Sarah definitely stood out for her sunny disposition, her ability to keep the situation light and to really give our son extraordinary care. She made things a lot easier.”

Today, Foxx is healthy and a bright light himself, his mom says. He is nonverbal, but when Goetz brought him out to see Sarah that day at the farm two weeks ago, he was pretty excited.

She posted a picture on Facebook of herself at the farm with Sarah and Foxx, writing that Sarah took excellent care of their entire family: “What a blessing it was to see her again and for her to see Foxx healthy, happy and so much better!” 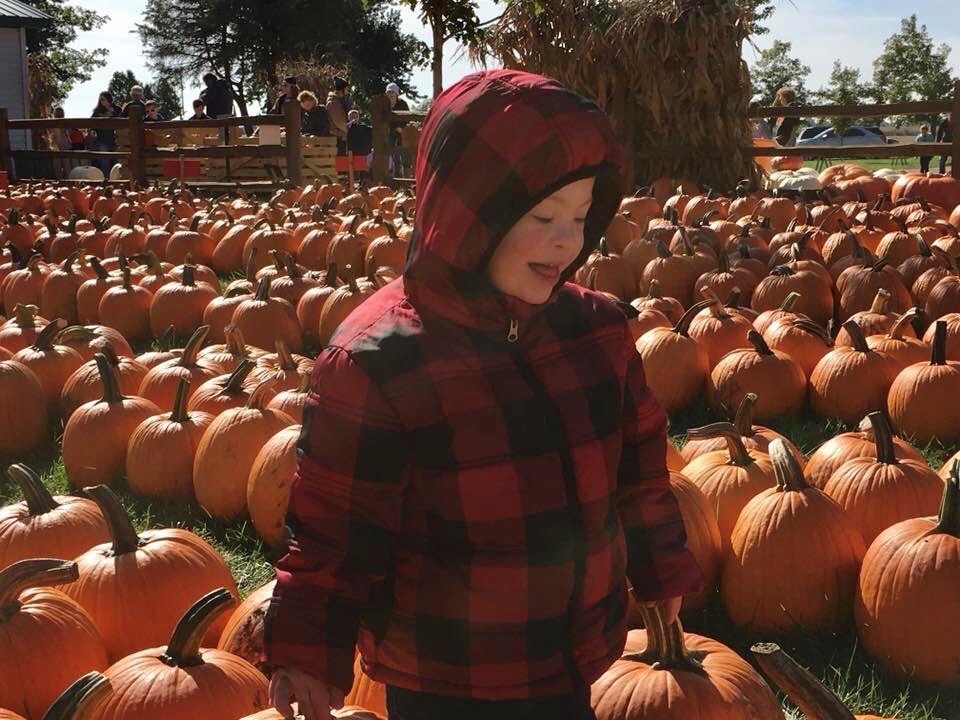 “We usually only see sick kiddos. We don’t get to see them when they’re well and thriving,” the nursing student said. “When she brought Mr. Foxx out, he started running to me and said hi. It was so cute. He looked wonderful.”

Goetz and her husband started the farm after their son’s illness because they wanted their family, including Foxx’ older sister, to have a creative project they could work on together outdoors.

“The idea slowly grew in our minds after sitting in the hospital for days and nights on end,” she said.

“Our main mission is to spread joy in our community and impact others in a positive way, while also hopefully giving our son and others with disabilities a chance at employment.”

Reconnecting with a person who had such an impact on their lives in the hospital is a blessing, said Goetz, who is thrilled that Sarah will soon be a nurse.

“She is such a gift. We have love in our hearts for a lot of the people there, but she is just so full of light.”