Aidan Brown, who has battled cancer since he was 5, is among kids who will benefit from the outpatient treatment available at Riley.

Since just before his fifth birthday, Aidan Brown has been battling a monster.

The monster’s name is cancer, and it has been a formidable foe.

Now 16, Aidan can barely remember a time without the disease, which has come back again and again.

“I don’t really remember much from before cancer,” the high school sophomore said. “Unfortunately, it’s a big part of my life and not in a good way.”

All that said, Aidan is living life as best he can. He likes to be active – rock climbing, tubing, playing tennis and basketball – and he likes his video games. But he also loves watching sports, basketball mostly, and dreaming about the day he can join the NBA. Not as a player, but as a general manager.

“Aidan loves everything NBA, anything to do with basketball,” said his mom, Michele Brown. “He’s a savant of statistics.”

She acknowledges having mixed feelings about his passion for video games but appreciates the connection they offered her son to his friends during much of his treatment amid COVID.

The Brown family, which also includes dad Christopher and Aidan’s older brother, Alex, moved to Indianapolis from Washington, D.C., when Aidan was a toddler.

In 2010, just before he turned 5, they received the shattering diagnosis of Stage 4 neuroblastoma, an aggressive, life-threatening cancer that most commonly attacks the early nerve cells in children. Symptoms include a lump in the neck, chest or abdomen, bulging eye, darks circles around the eyes and bone pain.

Neuroblastoma represents about 7% of all pediatric cancers, mostly in kids younger than 5.

Aidan underwent a tumor resection, then received chemotherapy and radiation treatment at Riley Hospital for Children.

“We are eleven years into this,” Michele Brown said. “It’s hard to believe. We’ve had years of thinking we made it out of the fire and we were good, and then we weren’t.”

During that time, Aidan received some of his treatment at Memorial Sloan Kettering in New York, which had access to an immunotherapy drug approved for emergency use for high-risk neuroblastoma patients.

That drug, then referred to as 3F8 and now marketed as Danyelza, is available at Riley, one of a handful of pediatric hospitals that offer the treatment. It has made the past few months a little easier for the Brown family.

“I THINK I CAN HELP YOU COME HOME’

“We’ve had this mixed world between two hospitals, and the partnership has become easier to navigate over the years now that the treatment is available at Riley,” Michele said.

She heaps praise on Dr. Jamie Renbarger, division chief for pediatric hematology/oncology at Riley, who helped ensure that Aidan could come back to Riley to finish his treatment with the drug earlier this year after he had to spend several months in New York, away from friends and his home.

“She reached out to us in New York and said, ‘I think I can help you come home.’ When I had really big questions, she was always there,” Brown recalled.

Aidan’s oncologist, Dr. Melissa Bear, explains that Danyelza is for a select group of patients who have relapsed after receiving standard forms of therapy.

“These are going to be kids who’ve already had standard chemo, surgery, high-dose chemo, stem cell therapy and radiation,” she said. “And the cancer is either still there, or it went away and came back.”

In other words, this is reserved for the sickest patients, those for whom other treatments have not been successful at keeping the cancer at bay.

Riley was one of the sites that was involved with the clinical trial, which ended last year. When Aidan relapsed last year, Riley was able to get access to the drug that the teen had gone to New York to get.

“Aidan really wanted to come home, and we worked with the group at Sloan to get it here,” Dr. Bear said.

The teen completed three rounds of treatment in New York City before returning to Indianapolis in February of this year to complete another four rounds at Riley.

“We were able to come home, which was amazing,” Michele said.

This hasn’t been easy for anyone in the family, least of all Aidan, but he takes his cues from those around him.

“I wasn’t expecting to relapse twice, but every time I did there was always a bunch of people there helping out and making things easier on my parents,” the teen said. “I don’t know if I really had a positive attitude when it came to whether I’d be OK, but I knew the doctors were doing the best they could and giving me the best treatment they could and I had a bunch of good people around me.”

A MEASURE OF HOPE

Now FDA-approved, future patients in Central Indiana can receive the outpatient infusions at Riley, a blessing to families in the Midwest, who won’t have to travel far for treatment.

It’s too soon to call the drug a game changer, Dr. Bear said. The data are still being compiled, but it offers a measure of hope.

Meanwhile, the Brebeuf Jesuit Preparatory School student returned to New York for several days in August to participate in another clinical trial, this time for a vaccine study aimed at triggering the immune system to recognize any neuroblastoma cells that pop up so the body attacks them.

Not necessarily a treatment, it’s for patients who have completed their therapy and are trying to prevent the cancer from returning.

Today, Aidan is trying to get back into the swing of in-person school, while his parents continue to fight for every available treatment for their boy.

“If you looked at him, you would not know that he is a three-time warrior with cancer,” Michele said. “He is an amazing human being, thanks to a whole lot of people who have helped him survive over the years.”

The Riley team ranks high on that list. She describes Dr. Terry Vik, Aidan’s first oncologist, as “an amazing, incredible man who shepherded us through some of the darkest days of our lives.”

“And now with Dr. Bear I feel the same way. She’s open and honest and communicative and encouraging. I just love the doctor team there and the nurses and their commitment to Aidan, even though Aidan wasn’t always in their line of sight,” she added.

“We are battle-weary right now. When you’re reeling as a parent and every situation and decision feels like life and death, to have that caliber of a team and their willingness to do their job technically but also be there for you emotionally is just something that is … you don’t always get that.” 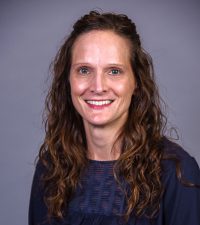 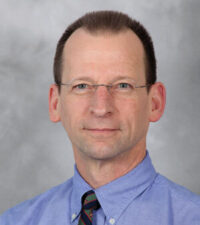