From near death to the life of the party

“I’m just beyond grateful and feel very blessed that she had such good people around her,” the mom of a 5-year-old said after her daughter suffered extensive injuries in an accident.

The 5-year-old, injured in a horrific lawnmower accident last July, wasn’t expected to live, much less run and play like other kids her age.

But that’s exactly what the spirited little girl is doing today, thanks to the collaboration of a team of physicians and clinicians in multiple specialties at Riley Hospital for Children at IU Health.

“This was a devastating injury she had, and now you would never know,” said Dr. Joshua Adkinson, a pediatric plastic surgeon at Riley. “She lost a tremendous amount of soft tissue in the flank and upper bowel area, entering the abdominal cavity.”

Dr. Adkinson was seeing a completely different Madalynn than the fragile girl he first treated at Riley last summer. Madalynn and her mom, Cassondra Grzelak, were back at Riley for a follow-up visit with Dr. Adkinson last month.

The kindergartner was twirling around in the small exam room, jumping up and down off her mom’s lap and literally bouncing off the walls as she pretended to be a zombie.

“It’s fun for me to see her like this, given how bad things were,” Dr. Adkinson said with good humor.

Those were some dark days, he and Grzelak agreed. Madalynn was in the intensive care unit for several weeks. In all, she was hospitalized for about six weeks, but it felt more like a year, Grzelak said, wondering then if discharge day would ever come.

When Madalynn left Riley, she was in a wheelchair, but today she requires no assistive devices to walk, thanks to excellent care, regular therapy and perhaps a dose of divine intervention, her mom said.

“If I never believed in a God or anything before, I definitely know now that there is because there is no way she would be here if not.”

Grzelak doesn’t like to talk about the accident, but she remembers the panic she felt as she tried to get help for her daughter.

She lives with her two girls (Madalynn has a 9-year-old sister) and her mom on a large piece of land in Freedom, Indiana, an unincorporated community west of Bloomington.

“We had no cell service at our house,” she said. “When it happened, I was freaking out because I didn’t know where to take her. Everywhere is so far.”

Grzelak drove her daughter to her neighbor’s house and had them call for an ambulance. The injured girl, who was rapidly losing blood, was taken to Terre Haute Regional Hospital, then immediately transferred to Riley.

“They told me she likely wouldn’t make it on the ride there,” Grzelak recalled.

But Maddie had other ideas, proving once again that children are often more resilient than adults, Dr. Adkinson said.

“Their reserves are greater than ours.”

Still, he admitted, it is hard to see a child injured so severely.

Dr. Christine Caltoum, division chief for pediatric orthopedic surgery, agrees, describing it as “one of the most horrific lawnmower injuries that we have seen.”

“She had an extensive right flank and buttock wound with gross contamination, exposed bone and bowel loops in the wound.”

When she first arrived at Riley on July 15, Maddie was in extremely critical condition. Even if she survived, Dr. Caltoum said, it was unclear what her level of function would be. Her sciatic nerve was exposed in the wound. The sciatic nerve is the largest nerve in the body and is formed by the union of five nerve roots from the lower spine.

The little girl underwent many surgeries, with extensive reconstruction by orthopedics, plastics and general surgery, the latter with Dr. Deborah Billmire.

Dr. Caltoum said Madalynn’s case is a powerful example of the teamwork at Riley.

“Not only did she have multiple surgical services involved in her care, other services such as infectious diseases, ICU, psychiatry, social work, child life and others were also involved,” she said.

The result is an active, healthy girl who keeps her mom and grandma on their toes. The only evidence of her accident is a slight limp that should resolve itself in time once she gains the confidence to put more weight on her right leg.

And there are the scars she carries on her tiny body.

Dr. Adkinson talked to Madalynn’s mom about those scars during their recent appointment at the Riley Outpatient Center. When he asked Madalynn if he could take a look at how the wounds on her torso and leg were healing, she said, “Nope, nope, nope” and folded herself into her mom’s lap.

After some coaxing by mom, Madalynn let down her guard, but she ended up giggling and wiggling as Dr. Adkinson examined her scar tissue.

“She looks great,” he said, noting how far she has come.

“She was a rock star in a very difficult situation,” he said of those days in the hospital. “We were doing daily wound checks and turning her. I don’t remember her being difficult at all.”

She is a lot more squirrely now, so much so that the exam room can barely contain her. But it’s an amazing thing to see, he said.

Her recovery “is as close to a miracle as we see in what we do,” the plastic surgeon said. And her active play is a good thing – it helps with joint tightness, he added.

Reviewing Madalynn’s surgical procedures, Dr. Adkinson said general surgeons had to close the abdominal wall to keep the bowel contents contained. After they did their part, orthopedics cleaned up the wound and Dr. Caltoum reconstructed the child’s pelvis to stabilize her hip and allow her to walk. The accident had shaved off part of her hip bone.

Then it was plastic’s job to reconstruct the injury site, to fill the “giant hole” left in the flank and upper buttock area.

In the end, surgeons rotated an area of skin from her abdominal wall to fill the hole in her flank.

“That left a donor site where we stole the flap from,” he explained. “We robbed Peter to pay Paul, so we had to pay Peter back. We had to skin graft that area.”

As she grows, her scars will grow with her, Dr. Adkinson said, though they might fade in time. There are cosmetic procedures that can be done later in life if desired, but for now, the little girl with the big personality is a walking success story. She has full function of her body.

Grzelak hopes that maybe next summer, her daughter can go back to gymnastics camp, something she loved before the accident. Her other passions include Barbie dolls, Slime, playing with her big sister and watching videos on YouTube.

As she tries to put the accident in the rearview mirror, Grzelak is thrilled with how well her daughter is doing today.

“I’m just beyond grateful and feel very blessed that she had such good people around her,” she said. “They were really kind to her and to our family. They took such good care of Maddie. I don’t even have the words to express it.”

Hearing her daughter say “I love you” took her breath away

Pediatric plastic and reconstructive surgeons at Riley at IU Health treat children of all ages with facial, hand, skin and body conditions. 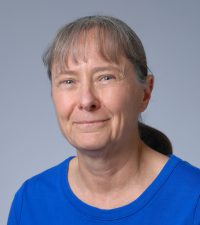 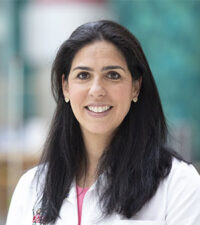 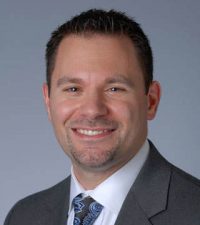