The Riley Doctor Who First Made Deaf Children Hear

Dr. Richard Miyamoto was a medical pioneer, fighting for cochlear implants to help deaf people hear -- even as those in his field insisted they would never work.

His name was Grant Phillips, a bouncing baby boy with chubby cheeks and brown curls on his head. A 16-month-old toddler who couldn’t hear lullabies or the soothing sounds of his mother’s voice.

Grant was totally deaf. Doctors tried hearing aids, but those didn’t bring sound into his life. Then, entered a doctor named Richard Miyamoto, a man who just so happened to be a trailblazer in cochlear implants -- the man who had implanted the first one in a child back in 1983 at Riley Hospital for Children at IU Health.

Dr. Miyamoto had fought for the devices from the beginning -- even as those in his field insisted they would never work. And now, in 1995, he was fighting to implant one in Grant, despite the fact he wasn’t old enough; the FDA said children should be at least three years old to get the device.

“But what hope does little Grant have? A cochlear implant was his only hope,” Dr. Miyamoto said inside the Riley research building this week. “Are we going to sit around for a couple of years until he gets old enough? I said, ‘Well, heck no.’ So we did it and he became the first little guy in the whole world to have one.”

In 1995, Grant became the youngest child ever to get a cochlear implant, a move that gave him nearly his entire life to learn sound and language. It was a grand advantage for a deaf boy that resulted in him going into mainstream schools and graduating from college last year.

And as Grant made out his wedding invitations not long ago, there was one person he knew had to be there – the man who changed everything for him, Dr. Miyamoto. 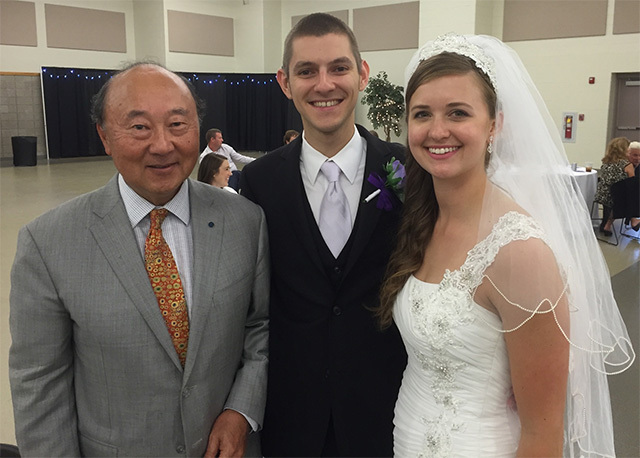 “He just is doing so well. He just walks around talking and is just a normal man,” Dr. Miyamoto said. “His wife didn’t even know he had a cochlear implant until she dated him for quite a while. That’s how good he is.”

The lives Dr. Miyamoto has touched are innumerable. He’s implanted thousands of patients, including at least a dozen under the age of one. The normalcy he’s given to the littlest of patients is remarkable.

Because in the beginning, Dr. Miyamoto was confronted by naysayers who didn’t believe there was a chance at making deaf people hear. And he fought through all of that.

“The ear is such a complex structure and thinking any manmade little widget you’re going to stick in there is going to do anything? Even a lot of the leaders in our field just thought this was a dead ender. It’s not going to go anywhere,” Dr. Miyamoto said. “But I figured, ‘Well, we’ve got to at least find out how far it can go.’

It was 1978 and Dr. Miyamoto had just come to Riley after completing his fellowship in Neurotology in Los Angeles, when he got a call from one of his mentors out in California, Dr. William House. Dr. House had heard of a researcher in France who had placed an electrode in the ear of a deaf patient and stimulated it electrically. That patient could hear.

This led to a series of experiments and, ultimately, encouraged Dr. House to establish the first-ever clinical trial of cochlear implants. Dr. House wanted his protégé, Dr. Miyamoto, to be one of the original co-investigators on cochlear implants in the United States.

Dr. Miyamoto latched on to that calling and diligently went to work on the trial of the device. At first, the study focused on adults. Researchers needed people who could tell them what they heard and felt after the implant was in.

“I mean this was unreal,” Dr. Miyamoto said. “Deaf people had never heard anything before.”

The mother-in-law of one of Dr. Miyamoto’s residents was the first woman from the Indiana program to receive the implant in 1979. Dr. Miyamoto brought her to L.A. for the surgery, which he performed with Dr. House and brought her back to IU for the rehab.

“She could hear warning sounds and environmental sounds and could speak on the telephone using a telephone code,” Dr. Miyamoto said. “It changed her life. There was no question.”

As more and more adults got the implants and as Dr. Miyamoto reported his findings to the FDA at the Washington, D.C. hearings, he became the face of the cochlear implant to the FDA in the United States.

But deep down, he was in waiting. What he really wanted to do was help children hear.

Her name was Trixie Taylor. The year was 1983 and Dr. Miyamoto became the first ear surgeon to put a cochlear implant in a child at Riley. Trixie hadn’t been born deaf, but had lost her hearing after an infection as a little girl. 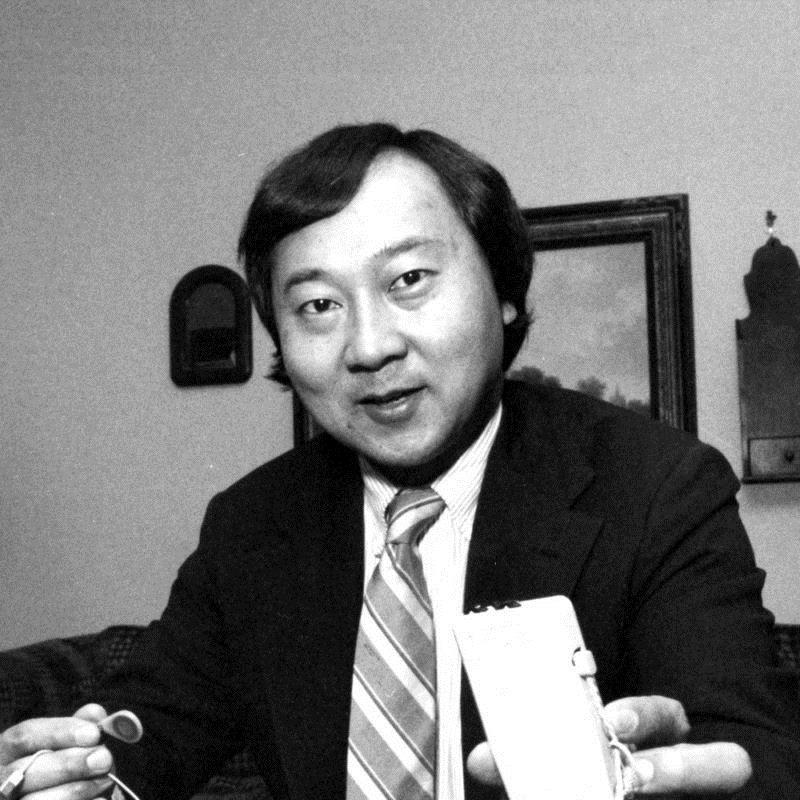 The devices weren’t as sophisticated then as they are today – or even when Grant got his – but for Trixie it was a miracle. She could hear sounds again.

That surgery launched the pediatric research study at Riley that still is going on today. And after Trixie’s surgery came more and more children, kids who would get the implants and have their deafness dissipate.

The way the device works on children is the same as on adults, but it is complicated, because the ear is so complex. Dr. Miyamoto put it in its simplest terms.

To hear sound, it comes in from the outside, hits the eardrum and goes through three little ear bones. Inside the inner ear, the mechanical vibrations are changed into electrical impulses. The cochlear implant is for a person whose ear can’t make the electrical impulses.

“So you put a little electrode in the cochlea and the device creates the electrical signals,” Dr. Miyamoto said.

Of course, hearing the sounds was only the beginning for the kids. Dr. Miyamoto has worked tirelessly throughout the years to make sure children with cochlear implants get the type of education they need. To make sure they are in an environment to hear language and speech and understand what it all means.

Which is exactly why, from the beginning, Dr. Miyamoto always pushed for the devices to be implanted in the youngest of patients.

“If you have to learn how to use it, it makes some sense to do it younger so your brain has time to grow up with it,” he said. Although Dr. Miyamoto also always did implants on adults, too, his oldest patient at 92 years old.

Today, every major medical center has a cochlear implant team.

“When I did Grant, no one knew if little kids could take this and run with it,” Dr. Miyamoto said. “I knew I could do the surgery but I had no idea what the kids were going to do afterward.”

He considers the cochlear implant a research project “that just kept getting better.”

“Every time we got a few answers, we got another grant so we could do some more stuff,” he said. “We had no idea how good this was going to be.”

Maybe not. But Dr. Miyamoto sure believed it could be this good.

Editor’s Note: This story is one in a series of Riley milestones that will be featured. To see the complete historical time line, go to https://www.rileychildrens.org/about/history.