Dré Kessler has JNA, which is diagnosed in just a few dozen kids around the country each year. His name means warrior, his mom says, and he is fighting this disease with all the bravery he can muster.

“Dad, there’s something in my nose.”

If you have kids, you’ve probably heard talk like this before. But for Joe and Bekah Kessler, the night they found a huge growth in their little boy’s right nostril was the beginning of a frightening and life-threatening health journey that began nearly two years ago.

That “something” that Dré Kessler felt in his nose wasn’t anything he could blow out. Doctors near the family’s Rossville, Indiana, home first thought it was a nasal polyp. Simple enough to remove, right?

It would explain why Dré snored like a freight train, his dad said, and often had trouble breathing through his nose.

What doctors did remove turned out to be rotting tissue – with a smell you can only imagine. He needed three units of blood after his nose began to bleed profusely during what was supposed to be a simple procedure.

It was not a polyp, but rather a tumor that was growing behind his nose, the boy’s parents were told.

That’s when an ear, nose and throat doctor (otolaryngologist) advised the Kesslers to get straight to Riley Children’s Health, where Dré was diagnosed with a very rare disease called juvenile nasopharyngeal angiofibroma – JNA for short.

The tumor is benign, though the condition is anything but, according to Riley specialist Dr. Mesha Martinez, director of Pediatric Neurointerventional Radiology.

In Dré’s case, the tumor is not only rare, but tenacious, Dr. Martinez said. It has been resected twice by Riley ENT specialists Dr. Bruce Matt and Dr. Elisa Illing, yet continues to grow.

“We probably see at Riley three to four patients a year with this,” she said, which is a lot considering there are just a few dozen cases diagnosed annually in the country.

Her role in the surgery happens the day before, when she performs a preoperative embolization – cutting off blood supply to the tumor before it is resected.

“It gets trickier every time you have to go in and operate,” Dr. Martinez said. “The tumor parasitizes the blood supply near it. The tumor really likes blood, and it grows rapidly by recruiting other vessels in the area to it.”

It could eventually recruit blood supply from the brain, which makes it impossible to navigate, leaving radiation as the only option.

“It’s unfortunate that Dré continues to have a more aggressive type of this,” she said. “It is considered benign, but it can be more complex if it keeps recurring, then it can grow into the brain area. That’s one of the concerns the surgeons have been having. This third procedure will be more complicated, more difficult to treat.”

“I JUST KNEW GOD WAS WITH ME”

Dré, 9, is the oldest of Joe and Bekah’s four sons. He came to Riley recently, along with his parents and baby brother, because he wanted to talk about his condition – which we are highlighting on Rare Disease Day – to spread awareness not only of JNA but of the importance of faith over fear.

“I just knew God was with me, and he would help me through this,” says the fourth-grader when asked how he has coped with something that affects his breathing, talking, eating and just being a kid.

“We tell him God created him unique,” said Bekah, who home-schools her three oldest sons. “His name means warrior, so he is a fighter. He is tough. And if we can help somebody else and bring awareness through this, we’re willing to walk that journey with him, as hard as it is.”

At times, Dré seems wise beyond his years, explaining JNA’s impact on his life. Then he reverts to his 9-year-old self, talking about the icky, gross stuff stuck in his nose, and he proceeds to blow his nose for good measure. It hardly does the trick.

Joe can’t help but remember how frightening it was when his son first complained about how big the growth in his nose had become while on a family vacation.

“Before we got home, it burst and he had a hemorrhagic nosebleed. It took 45 minutes to get it stopped. This thing was literally rotting inside his sinuses. It was so big it cannibalized itself when it outgrew its blood source,” said Joe, a volunteer firefighter/EMT.

“It went from the bottom of his ear canal, clear up through his sinuses and burst through the septum and was growing down his nasal passages.”

LEARNING TO BE BRAVE

JNA, which occurs in juvenile males only and is believed to be hormone-induced, often corrects itself once a patient reaches adulthood. But that doesn’t help the Kesslers as they look at the next seven to eight years and wonder what this disease will do to their child.

He has already had two surgeries and is looking at another one as soon as this summer.

The Kesslers are grateful for their son’s care team, saying Riley is “blessed beyond measure” to have physicians like Dr. Martinez and others here.

She repays the compliment, recalling how impressed she was with the family when meeting them for the first time.

“Dré was very optimistic, and I enjoyed his positivity. Most adults wouldn’t have the ability to be so brave.”

As one of only 40 to 50 pediatric neurointerventional radiologists in the world, Dr. Martinez said establishing the program at Riley has not been without challenges, but she has relied on her own faith to guide her.

“Sometimes you question, is this truly my purpose? But then families like Dré’s come along. Their interactions with me have always been positive, and it lets me know that God is real and that he will give you peace and encouragement in times of storm,” she said.

The Kesslers have learned to navigate their new world, but they live with constant anxiety.

“We get scared sometimes, we get sad sometimes,” Joe said. “We don’t know how to help him sometimes.”

And they get angry sometimes, wondering why this is happening to their boy, while at the same time expressing gratitude that Dré gets to go home with them, unlike so many other sick children at Riley.

In the early days, they worried constantly about him hitting his face while roughhousing with his brothers or falling while riding his four-wheeler.

Now, they are considering letting him play baseball this spring, something they couldn’t have imagined a year ago.

Are they worried? “A little bit, but I want him to live his life,” Bekah said. “Mom and Dad can’t always hold him back. He’s a boy, he’s active. If he plays baseball and it’s too much, then we’ll know, but we’re going to let him try it.”

“At a point, you just have to let go,” her husband agreed. “You can’t hover all the time.”

The couple wishes there was more research available about the disease and more support for families going through it, but they are willing to be that support for other patients and parents.

“We take a lot of things for granted and health is one of them,” said Joe, who acknowledges feeling helpless in the realization that there is so much he doesn’t know. Nor does anyone around him understand it.

“We might not have the answers, but we are going to stick together through the hard times,” Bekah said. “We’re doing to do this together. We’re going to fight for Dré. 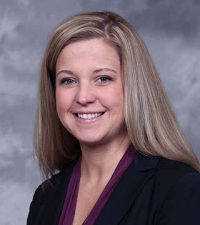 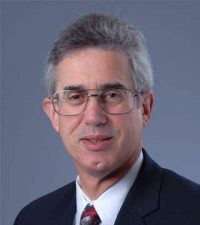 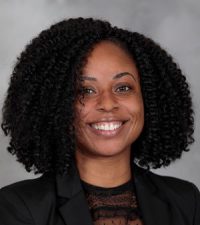