Hugs and kisses from Ky

Zedekyah Feeny is dragging his IV pole down the halls of 8 West while holding his large (and very loud) toy dinosaur. His dad, Trent, is close by, while his mom, Malinda, leads the way with a bag of chocolate in hand.

In the background, a song can be heard playing on Malinda Feeny’s phone.

“I’m Zedekyah, I am brave and strong. A heart warrior all day long. I’m the love and light the world needs to see. Zedekyah, yeah, that’s me.”

Zedekyah (“Ky” for short) is a 6-year-old heart patient, chocoholic and dinosaur fiend. The soon-to-be first-grader is on one of his twice-daily candy deliveries. A modern-day candy man of sorts.

“Hugs and Kisses from Ky” is his and his family’s way of thanking the doctors, nurses, therapists, aides and others at Riley Hospital for Children who have taken care of him these many weeks.

“We started ‘Hugs and Kisses from Ky’ when we got here in June,” said Malinda, who can pull all of the dates of her son’s surgeries and hospitalizations right out of her head. Each date is committed to memory. Each one is a reminder that her son has faced down death and lived to fight another day.

Ky returned to Riley in late June after having open-heart surgery for a leaky valve June 10. The surgery, his third open-heart surgery at Riley since he was born, was to address a condition called truncus arteriosus, a defect in which a person has one large artery instead of two separate ones to carry blood to the lungs and body.

He has been under the care of Riley cardiothoracic surgeon Dr. Mark Turrentine since shortly after he was born in Fort Wayne, seven weeks premature.

A Riley cardiologist who evaluated the 3-pound preemie at birth prepared his parents for a rocky road ahead.

“He told us we had an hour to hold our son before he was transported down to Riley,” Malinda said. At the time, Trent called Ky his “keychain baby” because the little guy fit in the palm of his hand.

The Warsaw, Indiana, couple would spend the next four months at Riley with their son. Ky had his first open-heart surgery to close the ventricular defect and reconstruct a heart valve Dec. 1, 2014, two months after he was born.

“He was a tiny guy. He struggled,” Malinda said. “As a first-time mom, I went through crazy turmoil.”

But Dr. Turrentine worked his magic.

“That man is a blessing,” she said.

Ky pulled through like a champ. It would be four years before he would need another surgery, but two more have followed. At one point, Ky even went to his mother and told her was ready to go “home.” When she said, “Bubba, we are home,” he said, “No, Mommy, home,” and he pointed to the sky.

That just about broke her.

“I couldn’t break down in front of him, but I went to my closet and cried.”

The setbacks have been tough, but the victories have been sweet. Through it all, a promise has been kept.

“My promise to him was that if he continued to fight for Mommy, Mommy is always going to fight for him,” she said. “He is my hero, and I tell him that every single night. He’s my strong warrior.”

When Ky and his parents arrived back at Riley six weeks ago, he was weak and fading fast. His cardiologist, Dr. Ryan Alexy, and Dr. Turrentine determined he was suffering from endocarditis, an inflammation of the heart’s inner lining caused by an infection.

Back to the operating room the heart team went.

“We had people around the world praying for Ky,” his mom said. “I didn’t know if I was going to be able to bring him home.”

One bright spot during this time was the connection a friend made with Songs of Love Foundation, a national nonprofit that creates free, personalized songs for kids facing physical or emotional challenges. Out of that came Ky’s song, the one his mom plays on her phone as she hands out candy to team members.

The song will be available on iTunes and other music platforms in several weeks.

“This is what makes my heart happy,” Malinda said, as she invited doctors on rounds and nurses at their stations to grab a piece of chocolate. “We stocked up on candy when he was on the third floor (in the Heart Center), and he filled his Jurassic Park remote-control truck and drove it through the hall to pass out Hugs and Kisses.”

Sara Murff, manager of clinical operations on 8W, said it is good to see patients out and about when they start to feel better.

“I know it brings a smile to all of the nurses when he and his parents are walking around the unit and handing out candy,” she said.

RN Lindsey Babb agrees. “It’s nice to know other people are appreciating our hard work,” she said. “They’re a sweet family, and they take good care of him.”

Ky is feeling better, and he and his parents are ready to go home. Lucky for them, today is the big day. They are headed home to Warsaw, where Ky will be reunited with his younger brother and sister, cousins, grandparents, friends and dog.

When the conversation turns to going home, Ky can’t contain himself. “I want to go home,” he yells, loud enough for everyone on the floor to hear.

His parents know this likely won’t be their last trip to Riley. Dr. Turrentine has told them he wants to see how many miles they can get out of the recent repairs before considering more surgery.

“We hope we can get through another four or five years and get him bigger,” mom and dad say. “We also know it could be a lot sooner.”

Everybody has their own battles, Malinda said, and no one is promised tomorrow. But she and Trent will continue to fight for their child.

“Just like the song says, he is the love and the light that the world needs to see.” 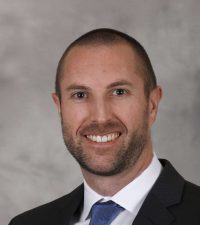