Her heart baby is ready for kindergarten

When Amy Collins was expecting her fourth child, she figured she knew what to expect. After all, she had plenty of experience.

But little Ellie Collins had other plans.

Amy Collins’ 18-week ultrasound seemed to go OK, but doctors wanted to get a closer look, so they sent her to the maternal fetal medicine team at IU Health North Hospital for a fetal echocardiogram.

Doctors told Collins and her husband that their daughter might have a hole in her heart, but they wouldn’t know for sure until she was born.

“I was 43 when I had her, so I was a little high-risk,” said Collins, who works as a supervisor in histology within the Pathology and Lab Services Department at IU Health.

Still, she refused to obsess about the potential problem, preferring to focus on carrying her precious baby to term and delivering her safely.

At about 37 weeks, tests showed that Ellie had stopped growing, so Collins’ medical team didn’t want to wait any longer. They scheduled Collins to be induced four days later at IU North.

They knew Ellie would be small, and she was – 4 pounds, 11 ounces – but she looked healthy. A neonatologist was standing by to check her out, but it would be hours later when a team of doctors delivered the difficult news.

Ellie had Tetralogy of Fallot, a combination of four heart defects: a ventricular septal defect (often called a hole in the heart), pulmonary stenosis, a misplaced aorta, and a thickened right ventricular wall. All contribute to a lack of oxygen-rich blood flowing through the body.

“Before you get on the Internet and get scared,” she recalled one doctor saying, “it’s a treatable condition. She probably will never be an Olympic swimmer, but she should have a long and good life.”

Ellie spent a week in the NICU, mostly for observation, then went home.

That was almost six years ago. And now that little baby is starting kindergarten this week, thanks to the care of Riley Children’s Health cardiologist Dr. Eric Ebenroth and heart surgeon Dr. Mark Turrentine and his team, who performed corrective surgery on Ellie when she turned a year old.

It hasn’t been easy, Collins said, particularly when Ellie was a baby and struggled to eat and sleep.

“One of the biggest problems with heart babies is that they are too tired to eat because their heart isn’t working correctly,” she said. “She wouldn’t nurse – I had nursed my other three – but she was just too tired. So I pumped for her for over a year.”

Thankfully, Ellie didn’t need much in the way of medical intervention until she began having “tet spells,” where her lips, hands and feet would turn blue. Collins and her husband knew to “squish” their little girl to get the blood flowing better in those moments.

They knew surgery was in her future near her first birthday, but she needed to weigh at least 15 pounds, Collins said. Ellie weighed 16 pounds by the time she turned 1, and she had surgery at Riley within days of her first birthday.

“She was very somber the morning of her surgery, almost like she knew something was going on,” Collins said. “I wished I could have the surgery for her.”

But Ellie was sitting up and smiling by the second day after the open-heart surgery, despite the bandages on her tiny chest. She was out of the hospital in six days.

Collins acknowledges that she’s been a bit overprotective with her active little girl, especially in the early days.

“It’s like I had never been a mom before because she had so many new things I had never dealt with,” she said.

Ellie doesn’t pay much attention to any of it. Even her scar has gone mostly unnoticed, Collins said. She just had her annual echocardiogram and EKG with Dr. Ebenroth and passed with flying colors.

“Until she starts asking questions, she’s a kid like everybody else,” her mom said. “I’m thankful every day that you can look at her and not even know she has a heart condition.

Collins, who earned a biology degree from Indiana University, has learned a lot about congenital heart disease since her daughter’s birth and is active in Mended Little Hearts, where she serves as education coordinator.

The heart community is a close one, she said, and she and other members support each other through challenging diagnoses and treatments. When Collins heard about an adult Riley patient awaiting a heart transplant, she sent him a LEGO kit to replace one he had given to another patient.

That adult patient, Jeff Taber, was touched by her gesture, saying that building the Toyota GR Supra kit helped calm his nerves. Taber received his new heart July 6 and is currently participating in daily outpatient therapy to regain his strength.

Collins is grateful that her daughter has needed only one operation to mend her heart.

“My heart really goes out to the families that have to undergo multiple procedures and the possibility of transplant,” she said. “One was bad enough.” 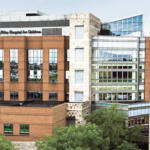 Riley Children's Health at IU Health North provides nationally ranked pediatric care alongside the most highly skilled physicians and nurses in the state. Whether your child needs primary, specialty, inpatient or emergency care, we are here to support you and your family.

Learn the symptoms of tetralogy of Fallot and how cardiologists at Riley at IU Health diagnose and treat this congenital heart defect. 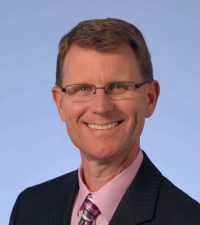