“Her eye﻿s were open, but she’s just not there”

These Carmel parents are counting their blessings today after their previously healthy 4-year-old daughter suffered sudden cardiac arrest at home. Her dad kept her alive long enough for paramedics to shock her heart back into a normal rhythm.

Matt Uber can’t help but get emotional when he thinks back to the evening of April 25. It was the night he almost lost his baby girl.

Vera Posy Uber had been the picture of health since she was born four years ago, the youngest of Matt and Erin Uber’s four children. But life can change on a dime, and that Sunday back in April was a turning point for the family.

Matt and Vera had just finished dinner while Erin was down in Bloomington helping their older daughter move some of her things back home before the end of school. The couple’s kitchen was in the middle of a remodel, so father and daughter were enjoying a fast-food meal.

“We put together her little kids’ meal toy, and she started chasing me with the two-headed dragon she built,” Matt recalled. “Ninety seconds later, we’re running around the island and the laughter stopped. I heard a thud.”

He turned around and saw her up against the cabinet. She hadn’t said a word, but he was sure she was about to burst into tears. When he went to her, however, he knew immediately something was wrong.

“Her eyes were open, but she’s just not there. I scooped her up, and she’s limp,” he explained, pausing to collect himself.

“I REALIZE SHE’S NOT BREATHING”

He yelled for his older daughter, who was upstairs, to call 911 while he laid Vera back on the kitchen floor, worried that she might have suffered a spinal injury.

“It was immediately obvious that even if she had hit her head like I thought, it was not normal,” he said. “I realize she’s not breathing. I panicked.”

Only seconds had elapsed, but Matt knew two things in that moment. His daughter needed CPR, and he didn’t have formal CPR training.

He did what any parent would do in that situation, however. He tried. As his older daughter called 911, he struggled to do compressions and breathe life into his little girl.

And an episode of “The Office” helped.

“I was freaking out a little, honestly. Before I had the assistance of the 911 operator getting me on the right cadence, I had a flashback to ‘The Office,’ where Michael is doing CPR to the tune of ‘Stayin’ Alive.’ I don’t know how I barely knew enough to be adequate.”

Thankfully, the 911 operator walked him through the resuscitation steps and stayed on the phone until emergency medical technicians arrived at their Carmel home a few minutes later.

As Matt stepped aside to let the first responders treat Vera, he was in shock.

“I’m standing back, I’m looking at my daughter’s lifeless body and praying.”

Her life and his own as her father flashed before him, he said.

“I know life will never be the same at that point, but it could have gone a lot worse.”

The EMTs had to use a defibrillator twice to shock Vera’s heart back into normal rhythm. At that point, she was rushed to Riley Hospital for Children at IU Health, where a team of specialists was waiting for her.

Erin, driving from Bloomington, arrived at Riley not too long after the ambulance. Ironically, 12 days earlier, she had completed her CPR and AED certification to renew her teaching license. Matt, who rode in the ambulance with Vera, hadn’t told his wife much on the phone, just that she should meet them at Riley.

He remembers how awed he was by the sight of the Riley team lined up, waiting for Vera that night.

“When I think about walking into that emergency room, they had all the right people,” he said. “It was just lined with specialists waiting to take care of our girl, and they did it systematically. It was really impressive.”

Impressive, yes, but also somewhat shocking, especially for Erin, who hadn’t known just how sick her daughter was.

So while they were comforted by the thought that Vera was in the best hands, they also realized that her condition must be serious.

“When there are that many people waiting for you at Riley, you’ve got problems,” Matt said.

In this case, the problem was an abnormality in the structure of Vera’s heart muscle. That’s what they knew then, but each day they learned more, thanks to the rigorous efforts of the pediatric heart team at Riley, including cardiologist Dr. Mark Ayers and Dr. Larry Markham, division chief of pediatric cardiology.

Dr. Ayers has walked with the Uber family throughout their journey. He explains Vera’s illness here:

“Vera has something called calmodulinopathy. It is a very rare and life-threatening arrhythmia syndrome caused by a genetic mutation in calmodulin proteins. Calmodulin is a protein responsible for maintaining appropriate calcium levels in our cells, and when it doesn’t function appropriately, the abnormal calcium regulation can result in fatal ventricular arrhythmias.”

The disorder can mimic a couple of other life-threatening arrhythmia syndromes, he said. Vera’s is similar to Long QT Syndrome, a heart rhythm condition that can cause fast, chaotic heartbeats. Some people with the condition have seizures. In some severe cases, LQTS can cause sudden death.

“Though there is obviously not a ton of data on these calmodulinopathies, they tend to be more aggressive than Long QT Syndrome and present at younger ages, like Vera,” Dr. Ayers said. “That is why we elected to implant a defibrillator in Vera in order to protect her if she has additional cardiac arrests. The ICD will recognize that she is in a life-threatening arrhythmia and will shock her heart back to normal rhythm.”

The defibrillator itself was a big question mark initially, Erin said. Every day, Riley doctors dug deeper into Vera’s case and consulted with specialists at other large hospitals, including the Mayo Clinic.

“If we could determine she had one specific kind of Long QT Syndrome, medication might have been the end of treatment,” Erin said. “Anything outside of that would require placing an ICD (implantable cardioverter-defibrillator).”

SURGERY CAN BE RISKY

Surgery to place the device in such a young patient carries risks, but Dr. Mark Rodefeld, a cardiothoracic surgeon at Riley, was able to place it in her abdomen, rather than her chest.

“Her young age and small size made it technically challenging to implant the ICD,” Dr. Ayers said. “Dr. Rodefeld has experience with a minimally invasive approach to implanting the ICD in such a small child and was able to do that for Vera. We also have her on relatively high doses of beta blocker to help prevent the arrhythmias in the first place.”

Vera, who spent a week at Riley after suffering cardiac arrest, then another few days for the surgery to implant the ICD, is mostly back to her 4-year-old self. She loves to play with baby dolls and with her sisters, and she loves puppies, water and sand, her dad said.

Sometimes she’ll say to her mom, “I sure wish I didn’t have this power pack in my tummy,” to which Erin replies, “Yeah, me too, Vera, but we’re lucky to have it.”

With help from Riley Heart Center child life specialist Courtney Lyon, Vera’s parents have been able to talk to their daughter in simple terms to help her understand what is going on.

“Courtney was fantastic,” Erin said. “Vera has no memory of what happened, but how do we assist her in understanding she is a living miracle? We talked through how sometimes you can see boo boos and sometimes you can’t … and how her heart needed a little extra help. … And now she has a little power pack in her tummy so if her heart needs a little extra oomph in the future, it’s there in case we need it.”

Genetic testing hasn’t found the variant that Vera suffers from in any of her family members, and Dr. Ayers estimates there are fewer than 100 documented cases around the world. Vera will continue to see Dr. Ayers and the heart team at Riley routinely as she grows.

“This is obviously a life-altering diagnosis for Vera,” Dr. Ayers said. “We will work through it together with our multidisciplinary team of arrhythmia specialists, surgeons and genetic counselors, Ben Helm in particular.”

In the meantime, the Ubers are on a mission to spread the word that CPR training saves lives. On the day Vera came home after surgery, a member of the Carmel Fire Department provided the training to Matt so that he will never again feel helpless in an emergency.

“It’s a skill you probably never ever will have to use, but it’s not so complicated that you shouldn’t be able to do it,” Matt said.

When Vera was stable in the hospital and he had time to be alone with his thoughts, Matt said he felt tremendous guilt until she was fully recovered.

“If there’s even one second that I should have done something better, then that had a price. If she was sitting here today, wonderful and alive but had some neurological damage, I’d carry that with me my whole life, all because I never stopped to take a CPR course.”

Only about 10% of people who suffer cardiac arrest outside of hospitals survive, according to Dr. Ayers.

“It is amazing that Vera’s dad was able to keep his composure and perform adequate CPR to keep her alive, especially since he didn't know CPR at the time. The 911 rep was able to guide him through it until EMS arrived with an AED to shock her back to normal rhythm and ultimately save her life.”

Matt and Erin feel beyond blessed to have their little girl back with them and credit the team at Riley for their diligence in getting to the root of Vera’s condition and for the compassion and kindness they’ve been shown.

“We are grateful for their care,” Erin said. “We know that Vera Posy has embroidered her name on several physicians’ hearts at Riley, honest to God.”

This mom’s prayers have been answered

Gynecological Oncology Doctor has a Personal Story Behind her ‘Why’ 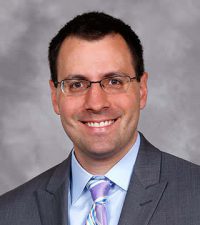 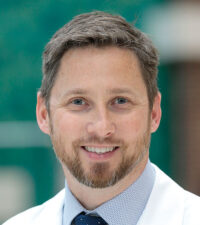 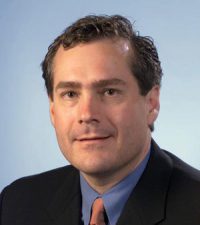