Bruises in Children: What’s Normal and When to Worry

“If you notice broken blood vessels in multiple spots around the body in the context of lots of bruising, you should see a doctor,” says Dr. Dixon.

Black-and-blue knees and banged-up elbows are like a rite of passage for toddlers who are just learning to walk or older kids who are climbing trees. While you may have kissed away your child’s tears and put a bandage on his injury, it doesn’t mean you’re done worrying. Rebecca M. Dixon, MD, FAAP, a pediatrician at Riley Children's Health, answers the most common questions about bruises in kids to help put your mind at ease.

Those telltale marks that appear when your little one gets banged or bumped happen because the blood vessels underneath the skin’s surface break so that blood leaks out and forms a bruise. “For unclear reasons, girls tend to bruise more easily than boys. Fair-skinned children may appear to have more bruises than darker-skinned children,” says Dr. Dixon.

What do the changing colors of a bruise mean?

Typically, a bad bang turns red when it first happens because hemoglobin is flowing to the injury. After a day or two, a bruise usually turns into a deep blue to purple shade as the oxygen in the pooled blood disappears. It may morph to green by day five, and then lighten even more to yellow or yellow-brown color depending on the skin’s pigment, which means it’s healing. It typically takes about two weeks for a bruise to disappear completely, but the exact timing varies depending on the severity of the injury and the child’s skin tone. However, none of this timing is always exact.

How can I help a bruise heal more quickly?

Apply ice to the area and elevate an injury in order to lessen the blood flow so a smaller amount of blood pools in the area and results in less intense bruising. Also important is good nutrition, such as foods like leafy greens and broccoli that are high in blood-clot-helper vitamin K to prevent blood vessels from becoming brittle and therefore bruises heal more easily. “The challenge is that young children in the nine-month to four-year-old range who are most likely to take a tumble and get bruised are also the least likely to eat leafy greens,” says Dr. Dixon. “That’s why giving your child a multivitamin may be a good idea, as long as you don’t give more than the directed amount.”

Can bruises be prevented?

Unless your child lives in a bubble, probably not. However, adding some child-proofing to your home may soften the blow. For example, placing corner guards on table edges can help protect a toddler’s precious head, which tends to be at the same height just about the time they’re mastering the art of walking. There is also the obvious advice to make sure your child has a well-fitting helmet and knee pads when riding a scooter or bike.

When should I see a doctor?

If you press on a tiny red dot or cluster of tiny red dots on your child’s skin that is smaller than your typical bruise and doesn’t blanch or turn white, then it’s most likely a broken blood vessel. “If you notice broken blood vessels in multiple spots around the body in the context of lots of bruising, you should see a doctor,” says Dr. Dixon. “It could indicate a clotting issue, such as low platelets.” Other indicators of possible clotting issues may be nose bleeding and fatigue accompanied with lots of bruising, as well as bruising in unusual places (think: the middle of the abdomen or cheeks as opposed to areas that typically get bumped such as elbows and knees).

Also, bruising in infants who are not crawling or pulling to stand is not a normal occurrence. You should seek medical evaluation in this case.

While bruises no doubt hurt, if the pain seems out of the ordinary, it might be a clue that there is an underlying injury. “For example, if your child gets a bruise on the knee and can’t walk because it hurts so bad, you should see a doctor,” says Dr. Dixon. If a little one who can’t yet communicate well gets a big bump to the head or eye area, you might also want to seek a medical professional’s opinion just to be sure it’s not something more serious, such as a concussion.

Just remember that bruising in kids (once they can crawl) is completely normal; almost every child has them. “If they’re not accompanied by broken blood vessels or located in unusual places and your child doesn’t seem to be in an excessive amount of pain, then it is probably nothing to worry about,” says Dr. Dixon.

The new must-have for school: Masks

What parents need to know about COVID-19 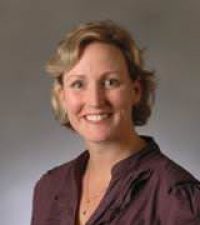