Jenna Weisenbach talks about suffering Complex Regional Pain Syndrome: “I went through an identity crisis where ‘it’ was all I was. I wasn’t a person, I was a disease.”

Jenna Rose Weisenbach was just 11 years old when the wheel of a tractor altered the course of her life.

Not that anyone knew that in the moment. It was January 2013 when she raced toward the tractor her dad was driving and misjudged the distance as it rolled over her right foot.

A trip to the hospital revealed no broken bones, surprisingly, but the accident triggered a much more debilitating condition that she lives with eight years later – near constant pain.

Complex Regional Pain Syndrome is a form of chronic pain that most often affects an arm or a leg. CRPS typically develops after an injury, a surgery, a stroke or a heart attack. The pain is out of proportion to the severity of the initial injury.

For Jenna and her parents, Jason and Pam, who live near Greensburg, Indiana, it took a while to receive that diagnosis and even longer to find a treatment that could help.

For the first few months after the accident, it was just a nagging pain that the pre-teen treated with ibuprofen. Then one day during archery in gym class, she shot an arrow that actually hit the target, and she jumped for joy. When she hit the ground, she collapsed in pain. Things went downhill from there.

A podiatrist did more X-rays and told her parents nothing was broken in her foot, but after more tests and consultation, he put a name to her pain and said she needed more intervention than he could provide. He offered to refer her to Cincinnati Children’s Hospital or Riley Hospital for Children at IU Health in Indianapolis.

They chose Riley because they had a family history here and trusted the care. The Pediatric Pain Management Program at Riley is Indiana’s only comprehensive pediatric pain program, where multiple specialists and professionals work together to provide interdisciplinary care.

By the time of her first appointment in the Riley Pain Clinic in September 2013, Jenna had stopped walking on her own.

“I went from limping to using a rolling walker,” she said. “I went through an identity crisis where ‘it’ was all I was. I wasn’t a person, I was a disease. I grew out of that, but that took a lot of time and a lot of therapy. It wasn’t, ‘how’s Jenna? It was, how’s Jenna’s foot?’ That was hard.”

She withdrew from friends and family, shutting herself in her bedroom and turning to social media to find people who also had CRPS. It became her lifeline. She started documenting her journey in 2013 on Instagram. She was home-bound for sixth grade, doing her schoolwork remotely, and returned to school half-days for seventh grade.

“I didn’t know anyone else like me, and I was at home and alone in my bedroom,” she said, a tough place to be emotionally, especially as a 12-year-old just figuring out who you are and your place in the world.

She wasn’t really alone, of course. Her parents were there, along with her three siblings. But she felt alone. The only family member who could truly comfort her was her dog, Sasha, who has been by her side since kindergarten.

“Her pain was so debilitating she couldn’t focus,” Pam Weisenbach said. “Friends came over when she could tolerate it for short periods of time, but the pain was so bad we couldn’t touch her. She was hypersensitive to touch all over her body, not just her right foot.”

Sensing Jenna’s distress, Sasha would lie down near her human so the young girl could pet her. It was the only contact that didn’t hurt.

Going into her first appointment at Riley, Jenna was desperate to have her pain understood and validated.

“How many times can a 12-year-old go to a doctor and be told there’s nothing wrong?”

She had that experience with other doctors at other places, but not this time. From her early days at Riley, pain specialists worked to come up with a treatment plan that would give her relief, but it took time. Pain medications didn’t help, and she didn’t tolerate them well anyway.

She was in a zombie-like state, her mother recalls.

That seems like a long time ago when you look at Jenna today, now 19 and preparing to continue her studies at the Savannah College of Art and Design campus in Atlanta, Georgia.

She was at Riley earlier this month for her last appointment with anesthesiologist and pain specialist Dr. James Tolley.

It’s unclear why some people suffer from CRPS, Dr. Tolley said. In pediatric patients, it can happen from a simple injury – twisting an ankle or breaking a wrist.

“But 10 percent of kids (with the condition) will have it happen just out of the blue with no injury,” he said. “It can spread from extremity to extremity and can start to involve the whole body.”

Dr. Tolley saw 26 individual patients over the last year with CRPS, he said, representing about 9% of the patients he sees. Others may have pain from fibromyalgia, sickle cell and other ailments.

After nearly eight years as a patient, Jenna has “aged out” of Riley’s pain management program.

She vowed to walk into that last appointment on her own, and that’s exactly what she did. Not totally pain-free but close enough. On her feet were real shoes – black Vans – that she bought a week earlier after not wearing shoes for years.

She wore slippers mostly, sometimes moccasins, anything that didn’t feel heavy on her foot. In fact, it became routine for her to shop for a new pair of slippers in one of the Riley gift shops after every appointment over the years. Today, instead of slippers, she picked up a Riley T-shirt to add to her college wardrobe.

Over her years of treatment at Riley, Jenna has seen massive improvement in her pain level, but it has meant trying multiple forms of treatment, including nerve blocks (epidurals), followed by intense physical therapy.

“Some patients respond very well to the initial epidural and in-patient physical therapy,” Dr. Tolley said. “Not everybody does.”

Jenna did well with the pain for a while after her first epidural in 2014, her mom said. It got her walking again before the pain returned with a vengeance. She had a second epidural with PT two years ago when she was a junior in high school.

Her goal then was to be able to walk in high heels and dance at prom, which she attended with her younger sister and best friend, Emma.

Before Jenna ever came to Riley, one of the many doctors she had seen told her she wouldn’t get to dance at prom or walk at her high school graduation. She did both.

The biggest change came a year ago when Dr. Tolley introduced her to Riley neurosurgeon Dr. Jeffrey Raskin, who agreed that she was a good candidate for a spinal cord stimulator.

In February 2020 (“right before the world shut down,” Pam Weisenbach said), Dr. Raskin implanted the device in Jenna’s back.

“Having Dr. Tolley and Dr. Raskin working together to get her the stimulator has been fantastic,” Pam Weisenbach said. More than a year later, she is still doing well.

“We are actively studying this here at Riley,” he said. “Some patients have conditions that might respond to neurosurgical procedures, including CRPS like Jenna has.”

The device, which can be adjusted with a remote control, has worked well for Jenna, sending low levels of electricity directly into the spinal cord to relieve pain.

“These are generally well-tolerated with low complication rates,” said Dr. Raskin, who teamed up with Dr. Tolley and other physicians to author a case study based on another patient last year.

“We are trying to increase our surgical pain management to include peripheral nerve stimulators, pain pumps and radio-frequency ablative therapies,” he added.

Jenna is thrilled to be walking out of her last appointment with Dr. Tolley on her own two feet, but she acknowledges feeling anxious about the future.

“I live in constant fear that if I get hurt again it will spread,” she said.

Dr. Tolley said any type of physical or emotional stress puts her at increased risk for a flare-up, but he gently advises, “I wouldn’t stress over it,” eliciting a chuckle from Jenna and her mom. Vitamin C has been found to help ward off flare-ups, he added.

Because of COVID, Jenna started her college career from home, but she is excited to officially be on campus in Atlanta this fall for her second year. She believes the change of scenery – and the warmer weather – will do her good.

“It’s kind of like I can start over,” she said. “People there won’t know all the messy stuff.”

She remembers the child she was and how much time she spent “trapped” in her bedroom with a pain that no one could understand. Now, she has her life back and she wants to make the most of it.

“I feel I owe it to the little girl who for so long was just looking at those four walls.”

The Pain Management Program at Riley at IU Health treats pain in children through physical therapy, psychotherapy, medicine and other methods.

The Anesthesiology Department at Riley Hospital for Children at IU Health specializes in safe, effective anesthesia and pain control for children.

Complex Regional Pain Syndrome (CRPS) is a condition associated with severe and prolonged pain and inflammation following an arm or leg injury. We take a holistic approach to caring for children with CRPS to address its physical, psychological and emotional aspects. 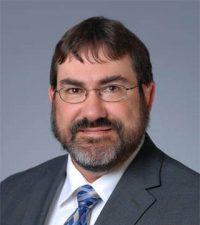 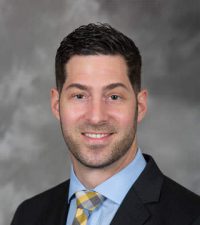