40 Years At Riley: ‘I Always Thought Children Were Of The Most Value’

Dr. James Lemons has devoted his life to caring for the most innocent – tiny, premature babies who are fighting for their lives.

He was a fresh-faced medical student, a young 20-something ready to tackle the world, when he fell in love with that little girl.

She was 4, she had cancer and she was magical. That little girl had her whole life ahead of her.

So did James Lemons.

He was a junior in medical school at Northwestern University on a clinical rotation when he first saw her big eyes, her cheerful spirit and her love of art.

At night, after everyone had left the room, Dr. Lemons would creep quietly back in and sit with that little girl. He would sketch and paint with her. She loved creating. He loved this girl.

When she died, it was like a deep hole had been permanently etched into his heart.

Why her? Why so young?

“I always thought children were of the most value,” says Dr. Lemons, who in April will mark 40 years as a neonatologist with Riley Hospital for Children at IU Health. “They are the ultimate in innocence.”

It was April 1985 and two critically ill babies were inside Riley, born at 25 weeks gestation, before critical development could happen inside their mother's womb.

Dr. Lemons was caring for those twins. They were not supposed to survive. And, if they did, they were supposed to have a life full of health struggles.

That's what their mother, Janet Grantham, was hearing -- from just about everybody -- except for Dr. Lemons.

And then Dr. Lemons walked in. And the chaos calmed.

“He was the first one to come in the room with a smile on his face and say, ‘Hey, we got this,’” Grantham said. “He was the one that kept me going." 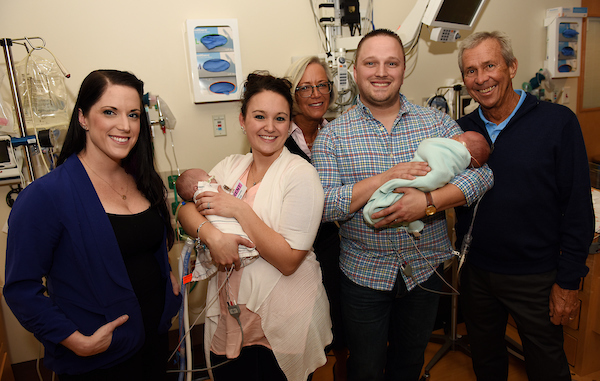 Dr. Lemons was the one who reassured her that those tiny babies, Ryan and Jennifer Wadsworth, would not only live, they would be OK.

Ryan Wadsworth went on to have his own set of twins, born at 26 weeks gestation. One of the first people Grantham called to tell was Dr. Lemons.

That’s the thing about what Dr. Lemons does, he’s unforgettable, says Grantham. He’s there at the most crucial time in a parent’s life.

“Years later, parents still remember everything about that experience,” Dr. Lemons says. “And I’m always reminded, it’s the simple acts of kindness that make such a difference.” 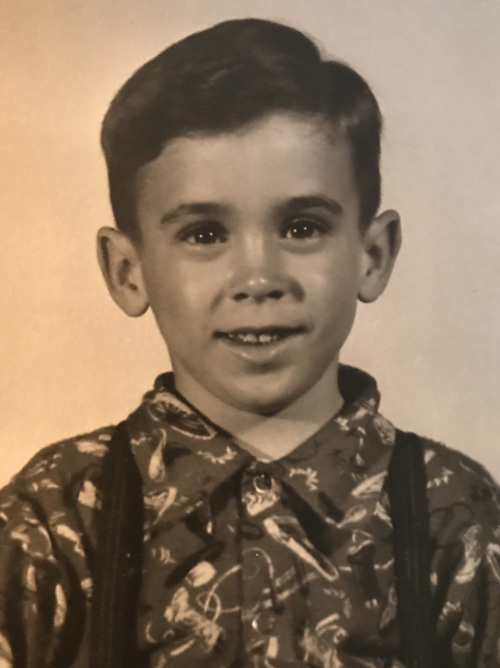 His childhood home, just outside of Chicago, was a rambunctious one, filled with a family of five boys. Dr. Lemons was second oldest, the son of a father who was a certified public accountant and a mom who was a nurse.

Next to his duplex home in the modest suburb of Melrose Park, there were two small, open fields. Dr. Lemons and his brothers used one of those fields to play baseball and to build trains using wooden, orange cartons.

In the other field, they dug tunnels and would spend hours underground collecting spiders and snakes. He remembers high jumping in the back yard, pole vaulting and making stilts.

It was a wonderful childhood, but it wasn’t a pampered one. All of the Lemons boys started working early in life. They had paper routes and they shoveled snow.

By the time he was in middle school, Dr. Lemons was working at a family-owned grocery store on Lake Street in Chicago. He started off as a stocker, then a bagger and, eventually, worked his way up to the cash register.

By the time he was a teen, the Lemons family had moved to the Oak Park, River Forest suburb of Chicago. When his mom joined the River Forest Tennis Club, it was time for another job for Dr. Lemons.

The national clay courts were there. Dr. Lemons was small and fast, perfect to be a ball boy at the net, running out to snag missed serves. 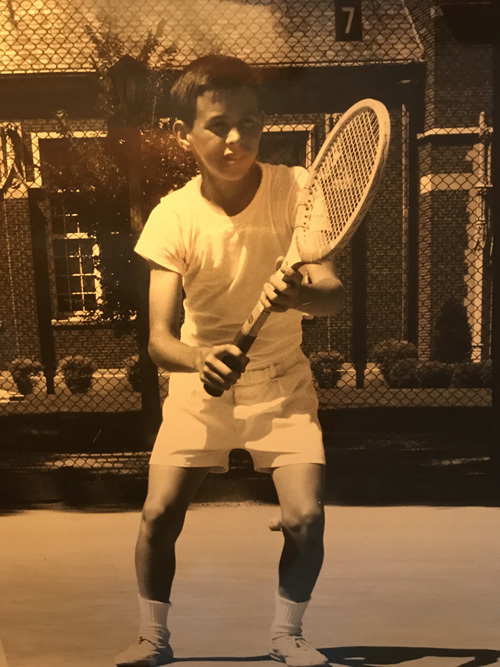 He worked with many great players of the time -- Rod Laver and Arthur Ashe. But one of his fondest memories of that tennis club came a few years later when Althea Gibson, the first great African American female tennis player, came to River Forest.

Dr. Lemons’ mom invited Gibson to stay at their home during the tournament. Gibson declined, fearing retribution on the Lemons family. His mom ended up losing dozens of friends -- just for inviting a black woman to stay at her house, he says.

“I always think back how quiet my mom was,” Dr. Lemons says, “but what a quiet pioneer she was in terms of knowing what was right, what was just.”

She planted a seed early on for Dr. Lemons’ future: Helping others.

The idea of going into medicine bloomed slowly in Dr. Lemons’ heart as he grew up. He had an active church youth group in high school. He learned about service. He thought he might go into ministry.

Meanwhile, in high school, Dr. Lemons stood out. Even as an introverted kid, he made friends quietly. He was elected president of his class, he played tennis and he was co-valedictorian.

Dr. Lemons landed a scholarship to Princeton University, where he majored in biology and played tennis. His team won a national championship in 1965, his senior year. By this time, he knew medicine was his calling.

At Northwestern while in medical school, pediatrics became his focus. There was that little girl with cancer he had fallen for. And there was the trip to Ethiopia.

With a grant from the Presbyterian church, Dr. Lemons spent four months in a remote jungle of Ethiopia. He was on the Sudanese border, on a branch of the Nile River.

He raised an orphan monkey. He saw 20-foot-long crocodiles and pythons. And he took care of everybody there, from babies to the elderly. It was then he had the revelation -- children were his love. 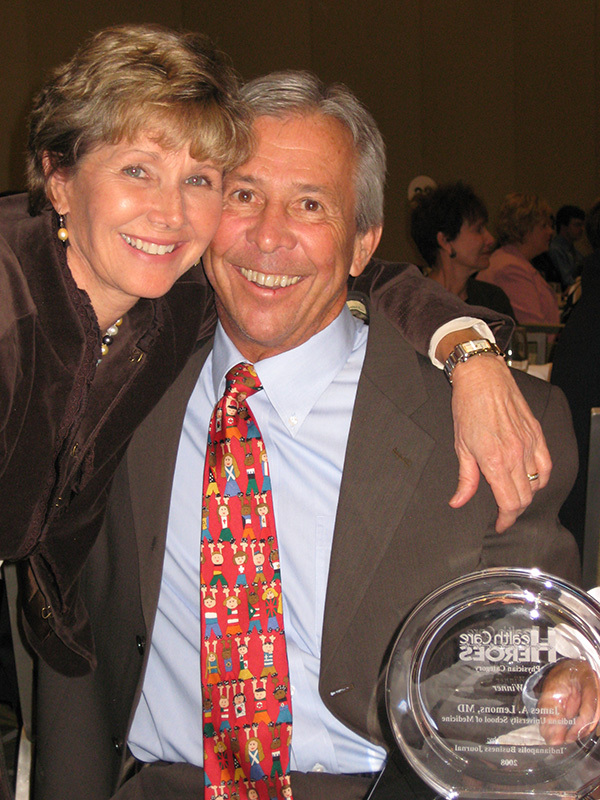 Dr. Lemons went to the University of Michigan for a pediatrics residency and then stayed on another year to focus on perinatal endocrinology.

It was there he met his wife, Pam, a pediatric nurse who later became one of the first in the nation to get a master’s as a neonatal nurse practitioner.

Dr. Lemons did his neonatology fellowship in Colorado, doing two years of basic research. He studied amino acid metabolism of the fetus and became one of the experts in the world on the topic.

Meanwhile, Dr. Lemons helped start a level 3 NICU in a private hospital in Denver. When he left Colorado, he left with some “amazing experiences,” Dr. Lemons says.

But he had somewhere else he needed to be. At a children’s hospital in Indianapolis.

After landing at Riley in 1978, Dr. Lemons’ started his life’s work – saving the lives of the most innocent, tiny babies.

It was a different time, with different technology and different expectancies for premature babies.

When he came to Riley, the hospital didn’t even accept, in referral, babies who weighed less than two pounds, four ounces. Essentially, the mortality rate was 100 percent. Today, their survival rate is 95 percent.

It’s not overstating that Dr. Lemons played a major role in that advancement. His accomplishments are too many to name. 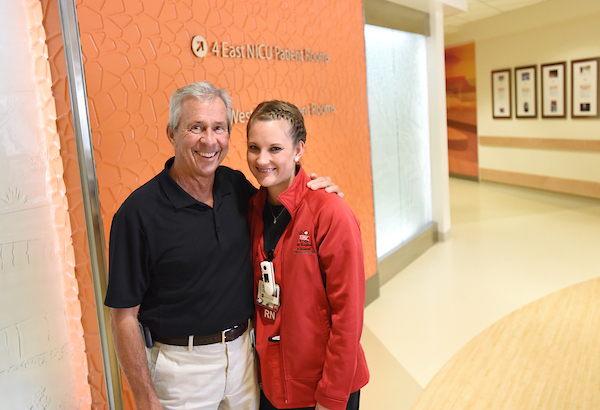 Dr. Lemons was key in launching universal newborn hearing screenings. He helped ignite a major drop in infant mortality, making it the standard of care to give surfactant down the endotracheal tube into the lungs of tiny, premature babies all over the world.

He started the NICU family support program at Riley. He’s served on boards and chaired committees, all to make the world a better place for children.

He still remembers the sickest, premature baby he ever cared for, a tiny, wrinkled being who shouldn’t have survived. Later, at age 6, that little girl told her mom: “I am unique. We are all the same.”

“Somehow she put together this concept that we are all part of the same family,” Dr. Lemons says, “but we are all special.”

That is how Dr. Lemons has always seen things.

He’s spread that passion throughout the world, doing remarkable work in Kenya. It started in 1994, when as a family the Lemons traveled there to work.

Two of his children taught English and phonics to preschool kids for the summer. Pam worked in the hospital and Dr. Lemons worked in the nursery.

It was an old, rustic hospital setting. The nursery was a tiny room with 20 premature babies. There was no hot water, no running water, no oxygen.

“So, these babies were crowded together,” Dr. Lemons says. “Most died.” 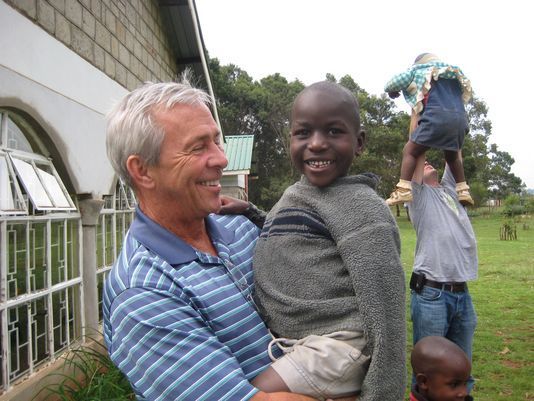 Dr. Lemons and his family became deeply interested in women and children’s health. They worked to fund and open the Riley Mother Baby Hospital in Kenya in 2009.

They sought donations of medical supplies and sent three, 40-foot-long containers over by boat with millions of dollars of equipment and supplies.

“They said that was one of the best days in Eldoret Kenya that night they arrived,” Dr. Lemons says. “They opened all three containers, stocked the hospital and immediately started delivering babies.”

There have been huge advancements in neonatal care in Kenya because of Dr. Lemons.

But he is modest about it all, and instead, talks about his favorite quote by Rumi, a 13th century Islamic poet: “We’re all just walking each other home.”

“I love that as a mindset. That’s how we all should be,” Dr. Lemons says. “We’re all just walking each other home. No one is better than anyone else.”

Personal: He and his wife, Pam, have three grown children, two sons and a daughter and two grandsons.

On his career: “I look back and think how lucky I’ve been to work in this world of pediatrics and, particularly, with the most vulnerable, the sick, critically ill babies who are the ultimate in innocence. To live in that world my whole life and learn from all those incredible people on what love truly is about, I have been blessed.”

Helping parents through hard times: “I don’t think it was ever easy, but just being there was important. And, hopefully, they trusted you. That was the biggest goal. You just give genuine care and build that trust so that no matter what happened, they would know the best care was provided to their baby.”