Brownsburg couple read to their baby boy for months in the hospital. Now they’ve published two books themselves and organized a large donation of those and other children’s books to Riley.

Four years ago, Shecara and Thomas Reives were lost in an unfamiliar world of doctors, hospitals and frightening medical terms.

As expected, identical twins Carmine and Rook came into the world with a host of medical problems, and sadly, Rook did not survive. The little boy whose name is a nod to his father and grandfather’s love for chess, passed away after just nine days.

But his brother, now a preschooler, is thriving. It started with his medical care, of course, and he made the rounds, first at IU West, before being transferred to IU Health Methodist Hospital. He moved on to IU Health North Hospital and finally Riley Hospital for Children when he was about 5 weeks old.

His care continued with his parents, who spent hours reading to him from children’s books. Is it any wonder then that the family would seek to honor Rook’s memory with the magic of books?

When Carmine was discharged from Riley after six months, he came home on a trach and vent to help him breathe. Shecara began searching for children’s books designed to highlight living with a trach but didn’t find what she wanted. So eventually, she wrote her own.

While she enjoyed writing poetry in school, she hadn’t put pen to paper since her father passed away 10 years ago. Her twins were born on what would have been his 50th birthday.

Those months they spent in the NICU might have presented an opportunity to journal, but Shecara didn’t have the focus she thought she needed. It wasn’t until much later that she decided to write not one, but two books: “I Made It: A Trach Baby Story” and “I Made It: Welcome to the NICU.”

The couple published both books last year after spending much of the previous year working from home during the pandemic. Before Christmas, they donated hundreds of those books, as well as hundreds of others collected in their second annual Holiday NICU Book Drive, to Riley Hospital.

“After we lost Rook, we were just praying that we could bring at least one baby home,” Shecara said. “One-hundred and sixty-five days is such a long time to spend in a hospital, and it was our first pregnancy.”

So it was special indeed to see her little survivor return to Riley to donate books in his brother’s name.

“Carmine loves books, and that’s how we got through those long days in the NICU,” she said.

It can feel very lonely in the hospital, she said, despite being surrounded by nurses and doctors and other parents. For her, books were a way to connect with her baby, and she hopes they provide that same comfort to other families.

Together, she and Thomas created a wish list on Amazon with 25 of Carmine’s favorite books, letting people know how to donate. Their goal in 2020 was 500 books. They ended up with 1,500, all of which went to Riley.

This year, they collected just over 2,000 books, including copies of Shecara’s recently published books and other popular titles like “I Love You to the Moon and Back,” “ABCs of Kindness,” “The Gruffalo,” “Dream Big, Little One” and “Chicka Chicka Boom Boom.” They delivered half of those to the Riley Cheer Guild in December for distribution to patients. The other books went to another Indianapolis hospital.

Riley Cheer Guild Director Ann Hannan said the gift of books is a blessing for parents and patients.

“Children’s picture books designed for infants and young children are a multisensory family bonding experience in the hospital,” Hannan said. “When parents can’t hold their fragile infant, they can still read these stories, make up stories of their own about the pictures, and use their voice to connect with their child.”

Some parents even make recordings of themselves reading books and singing to leave at the bedside to soothe their child when they can’t be with them. And when Riley parents donate books, they are guided by a unique insight into what families might need during their hospital stay, Hannan added.

“In addition, the gift of books allows this special experience to continue once the family goes home.”

Today, Carmine is off his trach and vent, though he is still dealing with some developmental delays, his mom said. He continues physical therapy, as well as therapy for feeding and speech, and he sees several Riley physicians, including Dr. A.I. Cristea in pulmonology and Dr. Carolyn Lytle in development pediatrics.

In the past four years, Carmine has become a big brother – twice. He has a 3-year-old brother and a baby sister who is 21 months old.

Find both of Shecara’s books on Amazon, or visit www.rooksbooks.org. 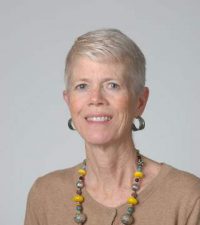 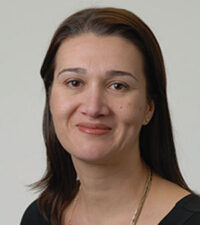