The Story Behind That Mysterious Quilt At Riley

More than 200 names of children are embroidered onto the 32-year-old quilt that hangs inside the hospital. But who were they?

Just reading the names stitched on the quilt will make you smile.

They are the names of children, children who would be in their 30s and 40s now – children saved because they were buckled up.

It was 1986 and a team at Riley Hospital for Children was trying to figure out a way to teach kids the importance of wearing seatbelts. 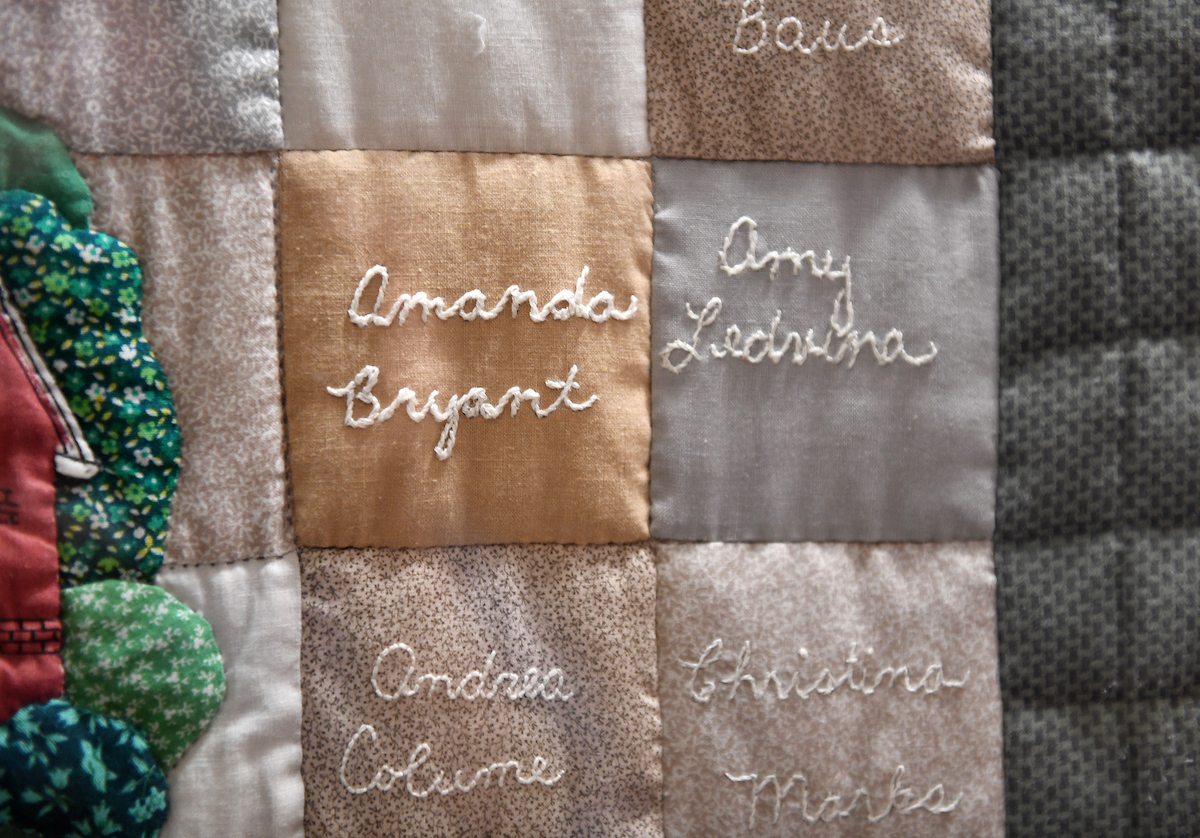 That was new territory for those little ones. In those days, children hopped in the car and rode unrestrained. Babies sat on moms’ laps. No car seat required.

But Marilyn Bull, M.D., a developmental peds physician at Riley, changed all that (read her story).

Dr. Bull is an international name in children’s auto safety. She is the woman credited with starting the first auto safety program at Riley, the woman behind legislation worldwide that requires kids to be safely restrained in cars and the woman who was the first to focus on auto safety for kids with special needs.

At Dr. Bull’s side was Karen Bruner Stroup, who worked in Riley’s Automotive Safety for Children Program. Stroup, along with Jennifer Stephanidis, Mary Branson and Judy Doll, who were also with the auto safety program, came up with an idea to teach children the importance of buckling up.

They called it Saved By The Belt. 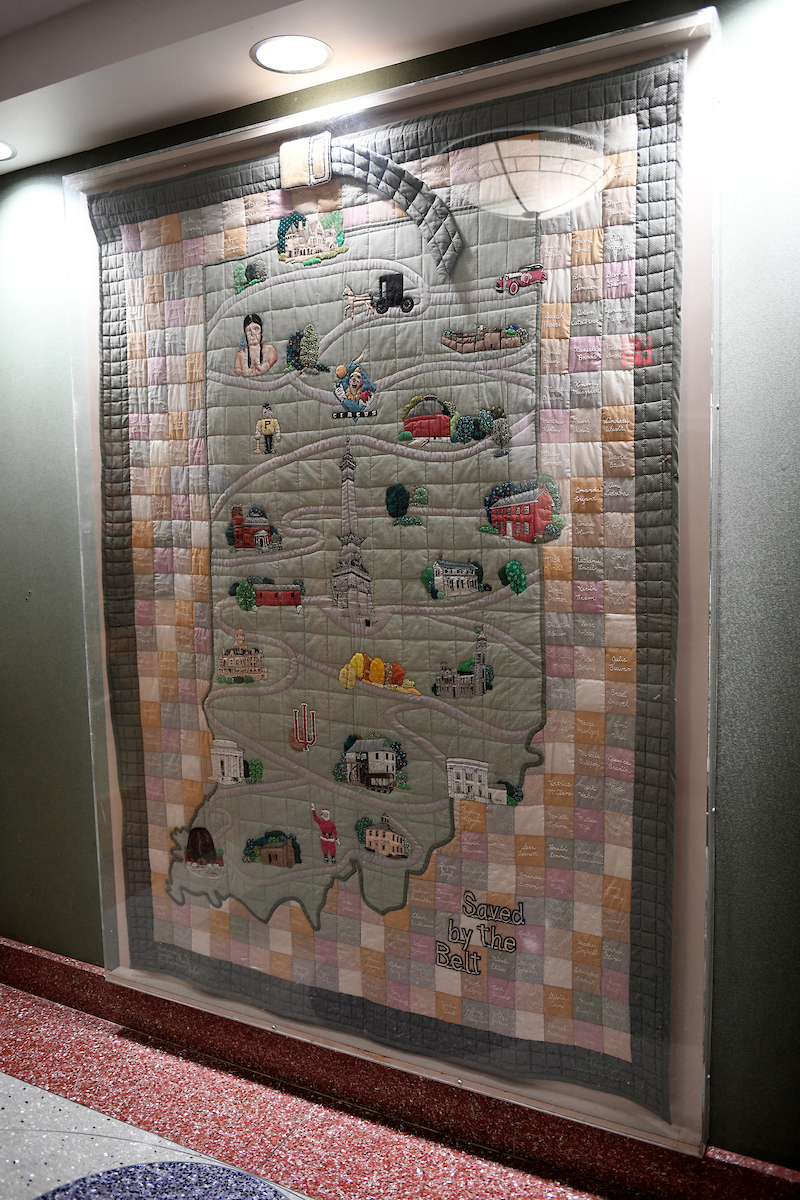 They scoured Indiana State Police records, searching for automobile accidents where a child’s life was saved because he or she was wearing a seatbelt or in a car safety seat.

Then they had a quilt created with their names on it. The outer borders of the Saved by the Belt Quilt highlight 200 names of children who survived vehicle crashes wearing a safety belt.

Indiana landmarks are embroidered inside the outline of the state. A safety belt encircles the entire quilt and buckles up at the top.

When the quilt returned to Riley, it hung in the atrium lobby for 28 years before being moved earlier this month to the wall outside the Ronald McDonald House in the hospital.

Now, a new set of eyes will get to see the quilt.

-- The Automotive Safety for Children Program at Riley Hospital for Children partnered with the Indiana Association of Women Highway Safety Leaders, the Quilter’s Guild of Indianapolis and the Indianapolis Chapter of the Embroiders’ Guild to create the Saved by the Belt Quilt.