When Lucas Grounds’ adventure bike spun out on a covered bridge in northern Indiana and slid into a pole, the course of the teen’s future was forever changed.

That fateful day, Dec. 10, 2020, the seven-time national champion motocross racer who had just signed a deal to go pro, suffered a life-altering injury.

At first, he thought the slow-speed collision had just knocked the wind out of him. But soon he realized he couldn’t sit up. The high school sophomore’s spinal cord was severed. 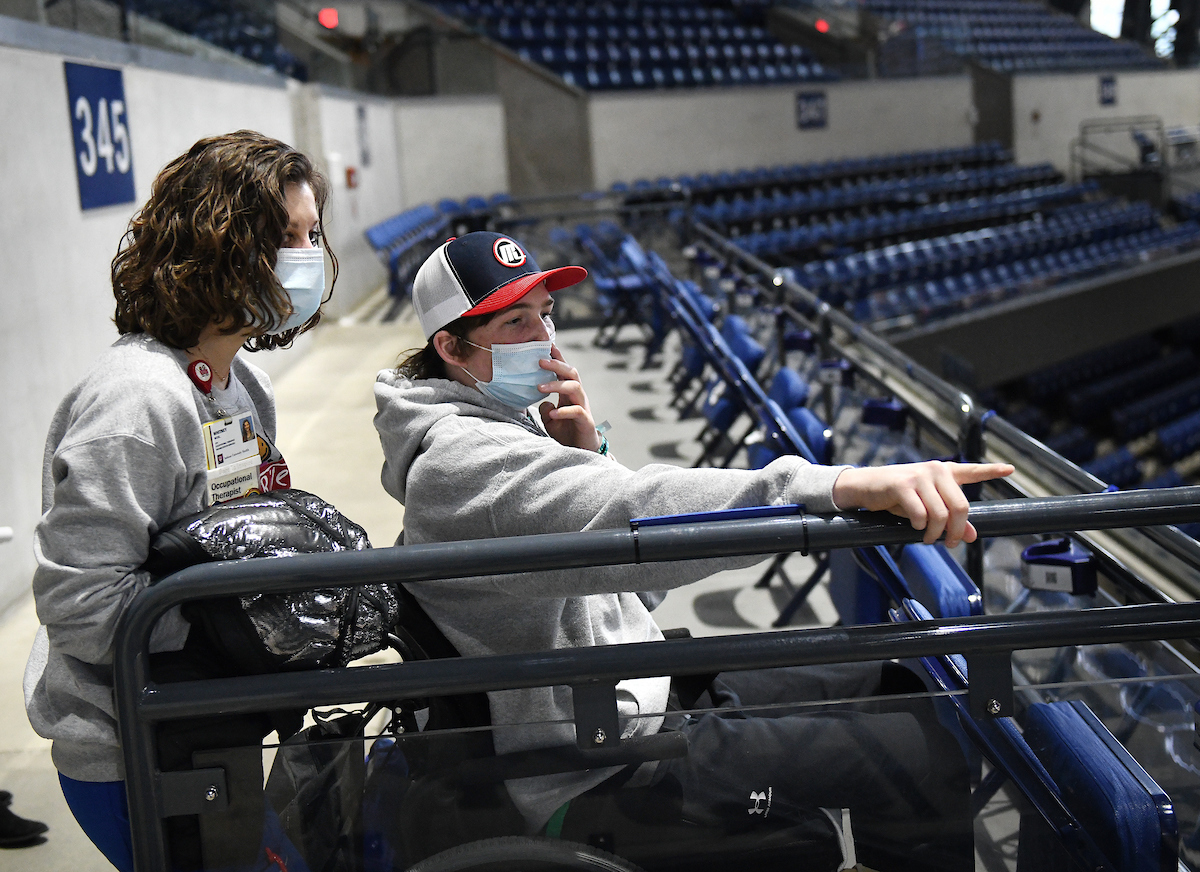 Yet today, his spirit remains unbroken.

That spirit, that optimism, that resilience saw him through nearly two months of treatment at Riley Hospital for Children, where he was flown by IU Health LifeLine from IU Health Arnett Hospital in Lafayette, Indiana.

It hasn’t changed the fact that he is paralyzed from the waist down, but Lucas will never be defined by this fact. He holds out hope that someday he might walk again, yet he is not slowing down in the meantime.

The 15-year-old rural Martinsville boy has been racing dirt bikes since he was 4. The eldest of Justin and Shanda Grounds’ four children had the drive, the brains and the talent to do well in the sport, his dad said. He proved that over the years as he racked up win after win on the racing circuit, while continuing to do well in school.

But he was smart enough to know that there was risk in the pursuit of his passion.

On Saturday, Lucas was supposed to compete in the Monster Energy AMA Supercross at Lucas Oil Stadium in what was expected to be his last year of amateur competition.

Instead, he would be a spectator at the event, along with his entire family.

Still, he was excited, chattering good-naturedly as he prepared to leave Riley last week for a visit to Lucas Oil in advance of the competition. He’d been working hard to get ready for this. 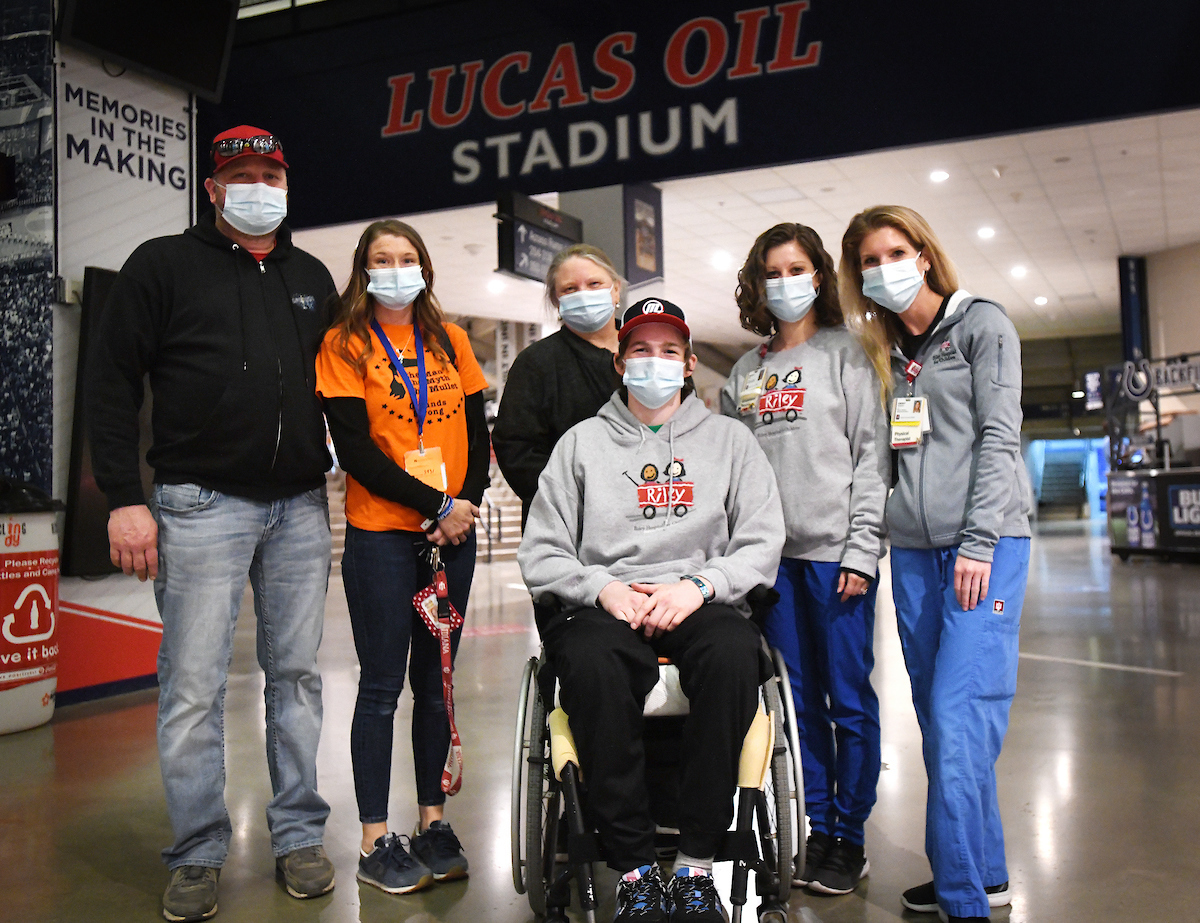 One day before his discharge from Riley Hospital’s inpatient rehab unit, Lucas, his parents and three Riley therapists got a tour of Lucas Oil in preparation for the big day.

Lucas, whose mom once told him that the Indianapolis Colts stadium was named after him, spent 90 minutes propelling his wheelchair up ramps, around corners, across concourses and through tight spaces in a practice run designed as a therapy session. He checked out his seat in Section 345, along with the concession stands and the bathrooms.

The idea was to get him and his family familiar with the venue so that when they returned on Saturday, there would be less anxiety about where to park, what door to go in and how to get to their seats.

Occupational therapist Whitney Kozlowski, physical therapist Lindsay Schaefer and recreation therapist Jaye Hajduk each had goals they wanted to see Lucas accomplish on this trip, knowing how important it was to him and his family that he attend Saturday’s event.

“I like that we could come out and get this figured out so they can really enjoy it and experience it as a family,” Kozlowski said.

“We’ve practiced getting into dad’s truck and mom’s van, but this is first time we’re actually leaving,” Schaefer said. “I want him doing more on his own, versus me helping him.”

She watched, ready to step in to help, as Lucas shifted from his wheelchair into the passenger seat of his mom’s van. That transfer required significant upper body strength on his part as he pulled his 6-foot frame up and into his seat. But he made it look easy.

Lucas has an easy way about him. He has made friends with patients and staff at Riley and even helped motivate other kids in rehab, Hajduk said.

“He joins all the activities. He always wants to be engaged,” she said.

And when other patients who are facing similar life-changing injuries see Lucas become more and more independent, it gives them hope too, she said.

“I think this experience went really well,” Hajduk said of the trip to the stadium. “One of the things I loved to see was him able to go really fast here in the wheelchair. We don’t have the room to do that at Riley, and he’s not going to be able to do that Saturday, but it was great to see him experience that freedom,” she said. 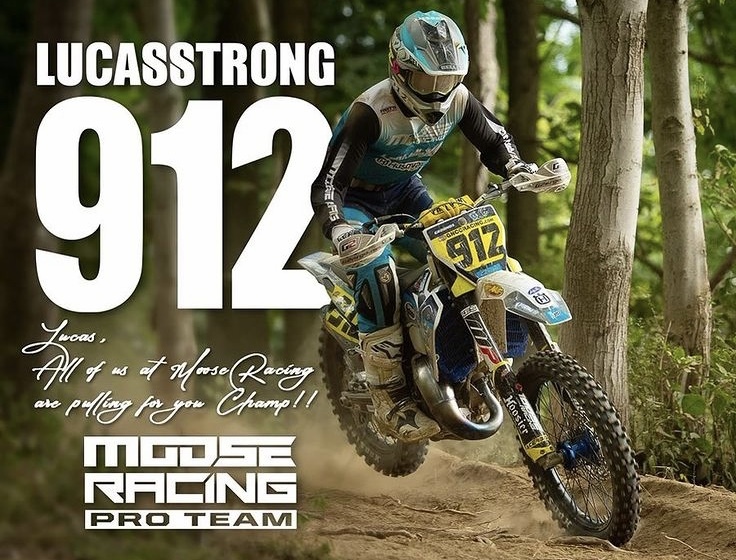 As he trailed behind his son who was watching heavy equipment operators carve out the dirt race course on the Colts’ home field last week, Justin Grounds reflected on the accident and how his son has faced his injury.

“The first few days after the accident felt like …” his voice trails off. “But honestly, now, everything feels right. Anybody that rides a dirt bike, especially competitively, they know there’s a chance of injury. You just always try to avoid the big one,” he said.

Through it all, No. 912 (Lucas’ racing number) has had a tremendous attitude, his dad said. He told a friend who also signed a deal to go pro that his accident will allow him to help more people.

“He’s special,” Justin Grounds said. “With his positive attitude, you don’t have a choice but to be positive.”

It helps that the family has received substantial support from the racing community and their Mooresville community, including making their home handicap-accessible and having a police escort to the high school after discharge, where the cheering student body gathered to welcome Lucas home.

On Friday, the day he was discharged, Lucas’ emotions got the better of him at times as he talked about seeing his family again after two months in the hospital. 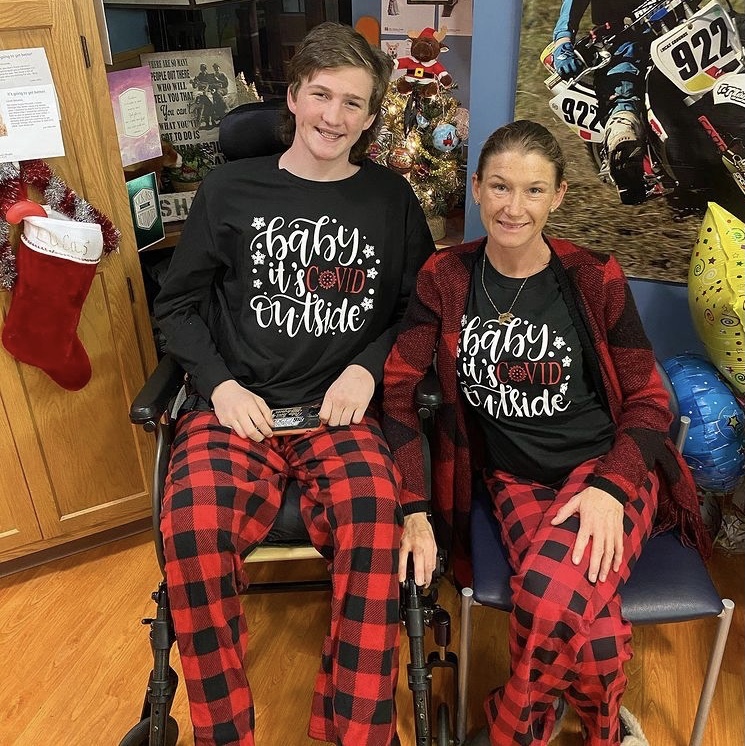 But the joy on the faces of his siblings, his parents and his care team said it all.

“The excitement, the nerves … going home is always a lot,” Schaefer said, adding that it’s important to process those emotions, not only the patient but the entire family.

In an Instagram post days after Christmas, Shanda Grounds acknowledged the difficult road ahead, but shared one of her daily prayers: “Today’s prayer request is for Lucas to be light in the heart and (for) God to help him through the difficulties he will face. … As always I want to pray for all the kiddos up here at Riley and at every children’s hospital. God is all over this. I believe in miracles!”