She took a chance on the career of occupational therapy when most hospitals didn’t see its value. Kahmann became world-renowned in the field, helping those who needed it the most.

Two of her sisters were nurses and Winifred Conrick Kahmann thought that sounded like a splendid career.

But her mother did not. She told Kahmann she didn’t want any more nurses in the family.

“I went into about the closest thing to it,” Kahmann said.

Still, Kahmann forged ahead, finding a school in Massachusetts that was one of the first to offer the degree. She was a member of its inaugural graduating class.

Her days were spent helping sick or injured patients learn how to live everyday lives. She taught them how to dress, eat, put on shoes, bounce a ball and brush their teeth. 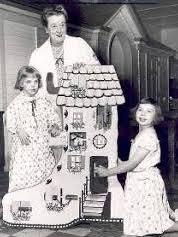 Kahmann fell in love with the work and she was good at it, really good.

In 1924, at just 29 year old, she was asked to help establish the occupational therapy clinic at Riley Hospital for Children at IU Health.

Under Kahmann’s leadership, Riley’s program became known as one of the best in the country. A degree in occupational therapy was offered under Kahmann’s supervision at the Indiana University School of Medicine.

In 1934, Kahmann was appointed director of occupational therapy and physiotherapy, supervising programs at all of Indiana University’s hospitals.

She also coordinated the cerebral palsy clinic and helped establish a burn clinic.

Nationwide, Kahmann was known as the queen of occupational therapy. Not only a pioneer in the field but one of the best therapists in the country. Students from across the nation descended on Indiana University to train under her.

Even the President of the United States took notice of what Kahmann was doing.

A hydrotherapy pool designed after Franklin D. Roosevelt’s own pool opened with much fanfare in October of 1935 at Riley, in its very own building on the south side of the hospital’s campus.

A year later, Roosevelt, who had been stricken with polio, came to visit that pool at Riley. After he waved to all the children on the lawn, his car rolled up onto a ramp built just for his visit.

The ramp, decorated in red, white and blue was stationed alongside the hydrotherapy building, next to a window so that the president could look in. 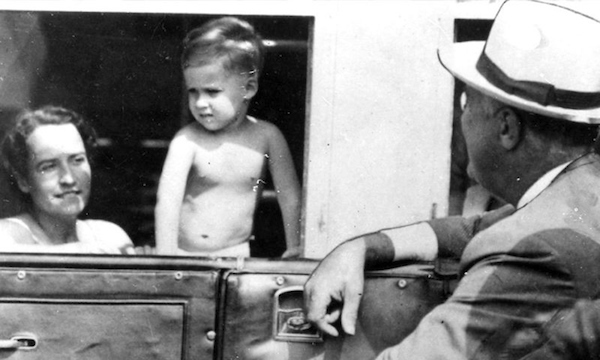 “I think this is perfectly splendid,” Roosevelt said as he sat in his car, looking through that window at the pool.

He asked many questions about Riley’s pool to Kahmann: What is the temperature of the water? How long do the operators stay in? How many shifts do you have? Is that a Hubbard tank over in the corner?

“Oh, this is a fine plant,” Roosevelt said to Kahmann, after she answered his questions. “It must be a source of pride and joy to the city.”

And then came the most touching part of the president’s visit – when Kahmann lifted a 3-year-old boy, a victim of infantile paralysis, out of the pool. She sat him on the windowsill, almost in Roosevelt’s lap.

“This is Lawrence, Mr. President,” she said.

During the early 1940s, Kahmann became a member of the National Research Council Committee on Occupational Therapy. Its mission was to develop an official therapy program approved by the office of the Surgeon General.

Kahmann’s national reputation and help with that program led the United States Army to appoint her its Chief of Occupational Therapy in 1943.

She served in Washington, D.C. for more than two years, overseeing the therapy of soldiers wounded in World War II.

Then, in 1946, Kahmann returned to Riley where she stayed until retiring in 1959.

Her impact on the field of occupational therapy was never forgotten.

When she died in 1982, an article in the “Indianapolis Star” called her the woman instrumental in introducing occupational therapy to the Midwest.