Debra Murphy and Maegan Boehm are on the front lines with heart transplant patients, helping them live their best lives with the gift of a new heart.

If Debra Murphy and Maegan Boehm were ever to write a book, it would be filled with beautiful stories that come straight from the heart.

That’s because these women deal solely with matters of the heart. The two are certified transplant coordinators on the cardiac team at Riley Hospital for Children at IU Health. They are along for the journey from the time a patient is evaluated for a heart transplant until the day that transplant occurs, and often long afterward.

As such, they become part of their patients’ stories, following them post-transplant often for years, watching them graduate from high school or college, get married, even have children of their own. And more recently, it’s not just children who are receiving new hearts at Riley; adults with congenital heart defects are as well.

It’s an honor to be part of these stories, both say, but it’s an emotional ride for all involved.

The most dramatic change Murphy has seen since she started? “The fact that our kids are surviving longer,” she said.

“When I started, the program was only 10 to 12 years old, and at that time they expected kids to have a one- to five-year survival rate. Then it went from five to 10. Now we have many patients who are 20- and 25-year survivors.” 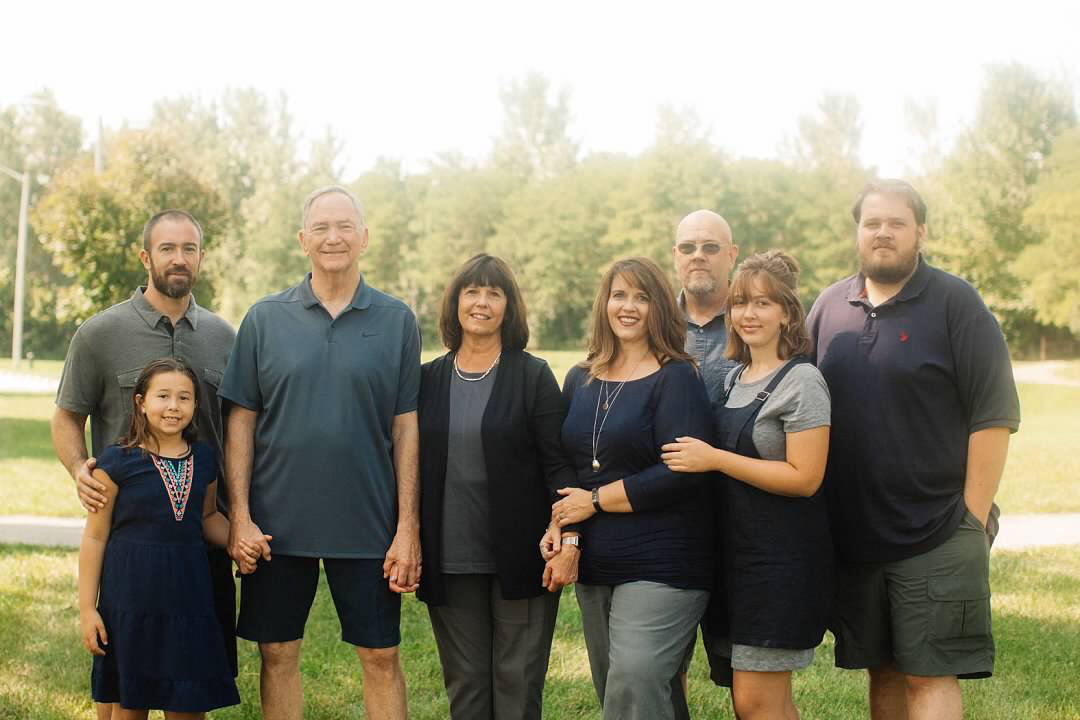 People often ask her how she can handle such a tough job, but Murphy believes she’s lucky to get to do it.

“It’s incredibly rewarding to see infants that we (transplanted) the first couple years I was here who are now graduating high school and going to college,” she said. “It’s fun to be a part of that.”

Just recently, she was called over to the Riley Outpatient Center to visit with a former patient who had received not one, but two heart transplants. He is now a married father of three and he wanted her to meet his newborn daughter.

Moments like that are priceless. It makes up for the 2 a.m. calls when a heart has become available, or the interruptions to family dinners, birthday parties and concerts.

Murphy once spent two hours on the phone handling logistics and planning for a heart procurement and transplant while she was at a Tim McGraw concert.

“I actually missed the show, but I could hear it and my husband got to see it,” she said with a laugh.

And she was glad to do it.

“The patient was a young lady who had been waiting a long time in the hospital, so it was exciting.”

It’s no surprise that making that call to a recipient when a heart is available ranks among the best moments in the job. But the reactions are as varied as the patients and families themselves.

Murphy remembers making the call to one family whose baby was waiting for a heart.

“It was a Saturday morning, and I was thinking how exciting this is, and I told the father and he just didn’t say anything.”

It’s a lot to absorb in that moment, she understands. So many weeks and months of waiting, and then suddenly it becomes real, and there’s another level of fear.

But there’s also the chance that something could go wrong before the transplant even occurs.

“Those conversations are never fun,” said Boehm, a mother of three who adds that her job helps put life into perspective. “The little things we have going on with our own kids are little things, and I make sure they know they are little things. They’re not waiting for a heart transplant.”

Murphy is happy to share the load now with Boehm, and soon there will be a third coordinator – Regina Rossetter. Currently, there are six children and one adult Riley patient waiting for hearts, two of those at home. Some have been hospitalized for more than six months.

“It’s definitely been very busy,” Boehm said. “It’s been unusual since I started to have so many waiting in the hospital.”

CLOSE TO HER HEART

Shannon Lowe was hospitalized last year at Riley while waiting for a new heart. Then 38, she was the only adult transplant patient on the floor at the time. But soon, two men – also in their 30s – would be admitted for what would turn out to be several months. Travis Ballard was transplanted earlier this year; Steven Smith is still waiting.

Lowe remembers Boehm as being “very sweet” and updating her every day while she waited – first to be approved for a transplant and then for news of a heart. She admits to getting frustrated at times, wondering if she would ever get that second chance she desperately wanted.

“She told me to keep doing what I was supposed to be doing to prepare for surgery, because one thing about Riley is they do not take no for an answer when it comes to getting listed for a heart transplant,” Lowe said. “She said they would be doing everything in their power to get it approved.”

Lowe was transplanted in June of last year and since then has happily resumed a more independent life. She keeps her donor’s family close to her (new) heart and hopes someday to be able to connect with them.

Ashley and David Deaver were on a similar roller coaster last year, waiting for a heart for their young daughter. Sydney Deaver received her new heart May 7 when she was just 5 months old.

During that time, Riley’s heart transplant team was always there to answer any questions the couple had, Ashley said.

“Then when we went home, they were on call whenever we needed them, and they’ve just been great to have on our side when we have to talk to insurance companies or appeal medicine rejections,” she said, adding that she worked primarily with Boehm. “I feel comfortable talking to her like it’s my mom.”

PART OF THE FAMILY

“If we didn’t get close to them, I don’t think we’d be doing our job right,” Boehm said. “I think you have to build that trust and rapport with the families and be there every step of the way with them. You want them to be able to call you anytime they have questions, so that comfort level needs to be there.”

Murphy said she’s been told many times over the years that she is “just part of the family,” which means everything to her.

“We celebrate milestones with them,” she said, “whether it’s an infant starting to walk or a child going to school. All of those things are just amazing. We look at it as a journey and we’re there with them. It’s very exciting.”

Murphy remembers back 15 years or so ago when the team used to carry around notecards with the specifics of each patient typed on the cards.

“It was before everything was digital, so we had to carry those cards and I remember one time I think there were nine kids listed then. That was more unusual. It was like a deck of cards. The surgeons liked that they could carry them around if they got called about a patient.”

Dr. John Brown and Dr. Mark Turrentine have done the majority of transplants over the program’s 34-year history, joined by Dr. Mark Rodefeld some years ago. More recently, Dr. Jeremy Herrmann has taken over for Dr. Brown in transplant operations.

Over Dr. Brown’s 28-year transplant career, he worked closely with Murphy, describing her as first-rate.

“I relied on Debbie. I trusted and valued her judgment and insight,” he said. “She does such a wonderful job, and the patients depend so heavily on her for communication. She knows these patients like they’re her children.”

Murphy has lost track of how many transplants she’s been involved in but estimates it’s close to 80.

That’s 80 patients and countless family members and friends whose lives were changed by the gift of organ donation. Her life has been changed as well.

“I’ve had people say to me, ‘this is your life,’ ” and that’s OK with this wife, mother and grandmother, who long ago learned how to balance her personal and professional commitments.