Dr. Howard Eigen was the first pediatric pulmonologist in the state of Indiana in 1976. He built Riley’s pulmonary and intensive care programs into among the largest in the country.

He’s relaxing on the couch, a beautiful, wooded backdrop displayed behind him. He’s inside his Zionsville home, thinking back on a four-decade career in pediatric pulmonology.

Howard Eigen, M.D., has saved so many children’s lives, children with asthma and airway abnormalities. He’s made the lives so much better, more tolerable for patients with cystic fibrosis.

Too many children to count have been impacted by Dr. Eigen, who started the pulmonology program at Riley Hospital for Children at IU Health in 1976.

And that is not lost on him. It’s exactly why Dr. Eigen went into medicine back as a young man in the 1960s. He didn’t want to be in the lab. He wanted to impact lives.

“You ask yourself, ‘What have I done with my life?’” Dr. Eigen says. “And you think back and know there are people walking around the earth today that would be dead if it weren’t for me and my team. It’s very gratifying.”

Dr. Eigen still gets texts and phone calls and emails -- from patients, from families, from those unbelievably grateful moms who will never forget the man who saved their baby’s life.

There were the twins Dr. Eigen treated years ago, who had bronchopulmonary dysplasia, a chronic lung disease. Their mom texted Dr. Eigen last month. She wanted to send him some chocolate.

“Good afternoon young man,” the text read, in part. “Have you ever had Rocky Mountain Chocolate Factory? Your twins said hi. Love you and miss you…Happy Thanksgiving to the best doctor and friend.” 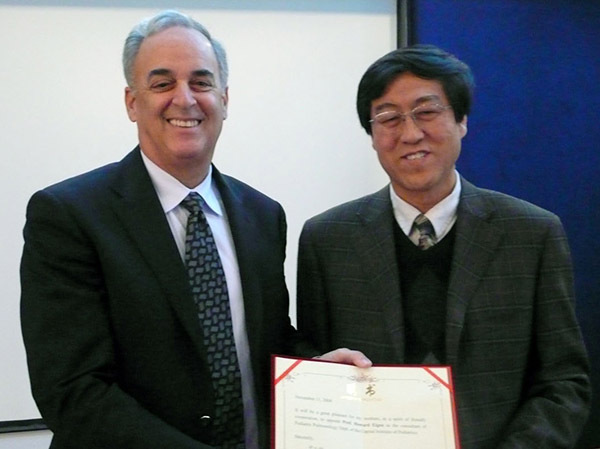 That means a lot to Dr. Eigen, who is a true pioneer in his field. He became the first pediatric pulmonologist in the state of Indiana in 1976. That same year he came to Riley and built its pulmonary and intensive care programs into among the largest in the country.

“He became one of the most sought after speakers in pediatric pulmonology throughout the country and, in fact, the world,” says Richard Schreiner, M.D., former chairman and physician-in-chief at Riley. “We were lucky to have him.”

Dr. Eigen was born in New York City and spent the first five years of his life in the Bronx, before his family moved to the suburb of Great Neck.

It was part country, part city. His mom used to take him down the road to see the cows.

His father was in the shoulder pad business – not the football kind but the ones on women’s clothing – and men’s too, for that matter. He later got into the import business, importing from Europe and the Far East, Thailand and China.

Dr. Eigen’s mother worked a bit for the American Kennel Club, but mostly raised him and his two younger sisters.

When Dr. Eigen was a young teen, his family moved to Forest Hills in Queens. At Forest Hills High School, he loved science. But he didn’t yet know he wanted to be a doctor.

The most famous thing that happened while in high school, Dr. Eigen says, were two older classmates of his named Paul Simon and Art Garfunkel. Before “Simon & Garfunkel,” in high school they had a band named “Tom & Jerry.”

Dr. Eigen was into music. He knew everything about artists of the day. He was also into sports.

He played basketball pick-up games and a lot of touch football. He and his friends even played on the roof of a building. No one ever told them they couldn’t.

“And believe it or not, no one ever fell off,” Dr. Eigen says.

He worked a lot as a teen. In the summers, he was a lifeguard and drove a van to pick up kids for day camp. He also worked as a delivery boy for a dry cleaner, a liquor store and a butcher shop.

Even when he graduated, Dr. Eigen still wasn’t sure what career he wanted to pursue. He knew he liked kids and science.

He would soon find the perfect fit.

While at Queens College, Dr. Eigen figured it out.

“I knew I wanted to do something with science and with people,” he says. “I didn’t want to be in the lab all the time. I thought and thought and medicine seemed to be the thing that would fit me very well.” 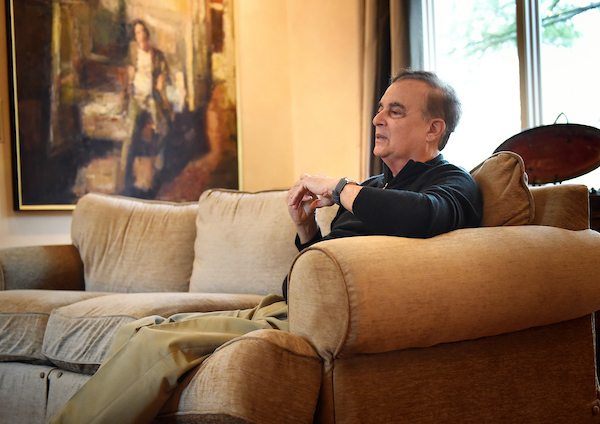 He went to Syracuse Medical School and stayed for a pediatric training residency and then stayed another year to be chief resident. While chief resident, Dr. Eigen did a lot of newborn nursery care.

He really liked it.

“What I liked the best was the respiratory part,” he says. “I had always liked respiratory physiology from the very beginning.”

After a 2-year stint in the United States Army, traveling all over the Far East – and working at the nurseyt in Okinawa – Dr. Eigen landed a fellowship in pediatric pulmonology in New Orleans.

At the time, there were only five or six pediatric pulmonary training programs in the nation. After his fellowship, Dr. Eigen stayed on as junior faculty at Tulane University for a year.

And then, a friend of his, told him about the job at Riley. Dr. Eigen decided, why not? He might as well go see what it was about.

“I absolutely loved Indianapolis,” he says.

And he loved Riley.

In 1976, he came to the hospital to start the pulmonary program,

He was an official pulmonologist and there were very few of us in nation. He took over the cystic fibrosis program.

Spent a lot of effort and time developing that unit, which was attached to the pulmonary program.

And, along the way, he grew both into some of the best programs in the nation.

Over his 38 years at Riley, Dr. Eigen’s impact has been immeasurable.

The contributions to improving patient care are also innumerable. While at Riley, Dr. Eigen and his team led a national study on using the anti-inflammatory drug Prednisone to treat cystic fibrosis. It had a dramatic impact on lung function.

They did a lot of clinical research looking at new drugs for asthma, leading an international study on Cromolyn, a non-steroidal anti-inflammatory drug. They were involved with a number of studies using inhaled steroids.

And while at Riley, Dr. Eigen grew the intensive care program from six beds to more than 30 beds.

All the while, it was always the patients and their families that he had in his heart.

“When you do this kind of work, you find out how lucky you are,” Dr. Eigen says. “For them, every day is a disaster or potentially so.

The tension is really huge. They just don’t know what lies around the corner.”

To make it even a little easier for a family going through that was such a rewarding feeling, he says.

“You realize what life is about,” he says.