Physicians as parents: When a Riley dad is also a Riley doctor

Dr. Alex Lion shares a deeply personal story about his daughter and the lifesaving treatment she received at Riley.

IU Health physicians are trained to offer the best possible care to their patients. But what happens when a physician’s own child becomes a patient? This is the first in an occasional series about physicians as parents in the healthcare setting.

Dr. Alex Lion remembers watching the clock on a nearby computer as a medical team desperately worked to resuscitate his daughter after her breathing tube clogged and her heart rate dropped. One minute. Two minutes.

He was on the other side of a wall, looking in through a window, his mind replaying simulations in medical school and real-life patient experiences. It was agony. 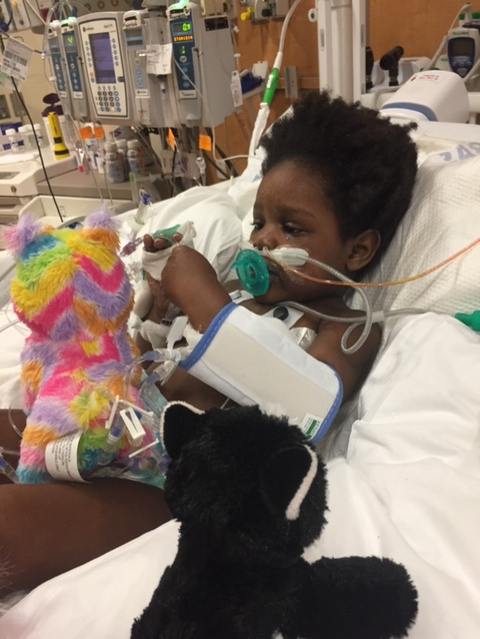 Kynslee Lion, then 2 ½, had coded on day 7 of what would be a month-long stay at Riley Hospital for Children at IU Health. She was revived, but her father would never forget the quiet panic, followed by unusual calm, he felt as his colleagues frantically worked to save her.

“I had trust in the team,” he said. “And I believe that ultimately, God is in control.”

Dr. Lion, an assistant professor of pediatrics in hematology-oncology at Riley, shared this story as part of a luncheon panel for IU Health staff.

He and his wife, Janna, adopted Kynslee and her biological brother, Jordan, in 2016. They didn’t know she had any health issues other than being small for her age. While initially it appeared that Kynslee was suffering from failure to thrive, it soon became clear that her condition was even more serious. A virus landed her in the hospital, and within two days she was in the PICU at Riley, suffering septic shock.

Dr. Lion advocated for genetic testing for his daughter, and Kynslee eventually was diagnosed with Shwachmann Diamond Syndrome, an inherited condition that affects many parts of the body, particularly the bone marrow, pancreas and skeletal system, and leaves its victims vulnerable to serious infections.

After testing her pancreatic function, doctors found she needed an enzyme replacement to digest fats, which explained her failure to thrive.

“We also realized we had to be more careful when she had fevers and that she would need bone marrow biopsies because of her risk for leukemia and other cancers,” Dr. Lion told the group.

Today, Kynslee is an active 4-year-old who loves to sing and dance. She’s small, but very strong, her dad said.

“She’ll watch when her blood is drawn. She’s 4 years old and she’ll watch.”

She used to have her parents sprinkle the enzyme replacement capsule she must take with every meal onto yogurt, but now she can swallow the medication herself.

“People say she’s the happiest girl they know. I’m watching her run around and play like a normal child, and then I remember a year and a half ago she almost died,” Dr. Lion said. “It’s just amazing and reminds me every day that some of my patients who are really struggling right now might experience that too.”

Dr. Lion, who focuses on neuro-oncology, was in the middle of his hematology-oncology fellowship and a clinical ethics fellowship when his daughter’s health problems were at their most critical point. But he drew from his medical knowledge, his ethics training and his parental instincts to walk the line between dad and doctor.

The American Medical Association states that a physician should not provide medical care for his or her own children or family, said Dr. Lion, who also serves on the affiliate faculty of the Evans Center for Spiritual and Religious Values in Healthcare at IU Health.

“And it would be unrealistic to expect that I would place an endotracheal tube or a central line … or even determine the settings on the ventilator. We cannot be the ones dictating care,” he said.

While he interpreted the test results and understood the treatment course that would likely follow, he also for the first time felt he understood some of what his patients and their families go through.

“We’re fighting that fear of the future,” he said. “For me, knowing these are physicians I can trust, I can say, ‘You are my daughter’s physician and even though I know many of the technical things you know, I’m going to be looking at her through a different lens.’ ”

Kynslee gets an annual bone marrow biopsy to make sure there is no pre-leukemia developing. She is a little delayed cognitively, Dr. Lion said, but he’s not certain if it’s due to the syndrome or her coding episode in the hospital.

While they hadn’t intended to adopt a child with special needs so early in his medical residency, Dr. Lion and his wife, who also have an older son, Sam, feel Kynslee was placed with them for a reason. 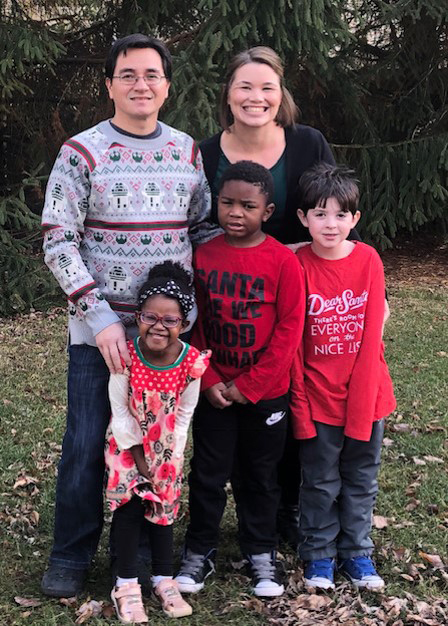 Sharing his family’s story in front of his IU Health peers, Dr. Lion said there’s a sense of camaraderie with other team members whose children are Riley kids. But even more important, he said, his daughter’s illness has made him a better doctor.

In an essay for the New England Journal of Medicine in 2017, Dr. Lion wrote about how his own patients and their families helped him through a difficult time.

“I felt united with these parents in a way I never had before. In that moment of empathy, I embraced their suffering and received their strength. They were not only fighting for their children, but also for their marriages in the midst of severe sickness. They were so strong that in their grief, they reached out to families in the rooms next to theirs and offered words of encouragement to others. This is how to face suffering, I had thought in the past. This is how I will face this crisis, I now told myself.”

Many lessons came out of his daughter’s healthcare crisis, but one that stays with Dr. Lion is the compassion of his colleagues.

He had a contract to return to California after his residency, partly because Indiana wasn’t his home. He and his wife had no family here, or so they thought. In the midst of their personal crisis with Kynslee, members of his department set up a meal train and fed the family for a month.

That kindness convinced him he was in the right place. “We just feel like this is our family now, and we can do this. The people here are amazing.”