Once not expected to survive, baby Hazel is thriving

When Calvin and Ashley Smith’s two little girls wake up every morning, they have a reunion of sorts.

Gone are the squabbles of the day before, replaced by hugs and kisses to start the new day.

“They both really love each other and they get excited especially in the morning when they see each other for the first time,” Ashley said. “Hazel sits on my knee and Hartley comes over and gives her hugs and kisses. It’s the sweetest moment of my day. And then they get back to being sisters and fighting again!”

Aside from all the noise and the toys in their southern Indiana home, life is relatively peaceful in this season for the Smiths – a far cry from the turmoil they faced two years ago when they found out that Hazel, still in the womb, had little chance of survival because of a rare pregnancy disorder.

Born two months early at IU Health Methodist Hospital on Dec. 17, 2019, Hazel was – and is – nothing short of a miracle, her parents believe. After three months at Riley Hospital for Children, she went home for the first time in March 2020.

Hazel has had her challenges, but she is a joyful little girl who has surpassed all early expectations for her growth and development. She loves to look at books and to make music so she can dance, her mom said. She loves animals and puzzles and food.

“She likes to pretend eat, and she cracks herself up,” Ashley said.

But she doesn’t just pretend.

“She eats us out of house and home. She’s not overweight, but she has a really good appetite and she’s very active.”

Now nearly 20 months old, Hazel’s vocabulary grows every day, her mom said, counting at least 20 words that she can think of. Hazel mimics most everything she hears and definitely has a mind of her own.

Dr. Theodore Wilson, Riley Medical and Molecular Genetics, has told the Smiths that Hazel is on track cognitively for her age, and Ashley agrees.

“Her brain is technically smaller than everyone else’s, but she is so incredibly intelligent.”

Developmentally, she is a few months behind and participates in multiple therapies three times a week.

Hazel suffers from hemihypertrophy, a genetic disorder characterized by overgrowth of one side of the body compared to the other. In her case, it means her left leg is slightly longer than her right, making it difficult to walk, so she does a version of an army crawl to get around.

As a result, she will begin seeing Riley orthopedics specialists soon, a new specialty to add to her growing list – genetics, gastroenterology, nephrology, endocrinology, ophthalmology and oncology. The latter team is on board to keep a close eye on any developing liver tumors.

There is no one syndrome that fits Hazel, Ashley said, but that goes with the territory for their miracle girl.

“We’ve exhausted every test in the genetics realm, and she still doesn’t have an identifiable syndrome. She is just Hazel Smith syndrome.”

Even Facebook support groups haven’t been a good fit for Ashley when it comes to learning more about her daughter’s challenges. That’s why she would like for her daughter to maybe help other kids and parents.

“I don’t really have any answers because there’s no one else like Hazel that we can find, but it would be nice to help somebody else out in this situation and give some other parent some relief from their worries because Hazel is great,” Ashley said.

“She’s so sassy and wonderful, and we love her so much. I would hate for other parents who have a child like Hazel to be discouraged, because she is the best baby ever.”

She is, her mom said, “a perfect fit into our family.”

“Everyone she meets is in love with her. I call her the welcoming committee – she waves at everyone when they walk in for an appointment and she tells them bye when they leave. She’s the most social, beautiful, perfect little girl.” 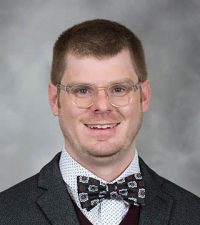