New Riley neurosurgeon found her calling at a young age

Dr. Rabia Qaiser has been interested in the intricacies of the brain since she was barely a teenager. At Riley, she will focus on pediatric cerebrovascular diseases.

Dr. Rabia Qaiser laughs when she thinks back to her days in high school in Pakistan.

While other students were at lunch, she would often hang back in her biology classroom, hoping to help her teacher with a dissection.

“She was studying the nervous system of a frog and I wanted to help,” Dr. Qaiser said. “I told her, ‘I can do it.’ She did not let me. She probably didn’t want to waste a frog.”

The schoolgirl’s time would come.

Now a skilled neurosurgeon, Dr. Qaiser knew at a young age that she wanted to work on the brain and all of its intricate connections.

She joined IU School of Medicine’s Department of Neurological Surgery as associate professor, researcher and pediatric neurosurgeon at Riley Hospital for Children on Aug. 1 (along with Dr. Saul Wilson, who will lead the department’s epilepsy program), but the hospital is not new to her.

BUILDING A CENTER OF EXCELLENCE

Her return to Riley is about more than the friends she made and the professional relationships she developed during her time here, she said. The big pull for her was the opportunity to build a program catering to the cerebrovascular pediatric population.

“That is my passion,” she said. “My hope is to make this a center of excellence for pediatric cerebrovascular diseases, including Moyamoya disease, arteriovenous malformations, aneurysms, stroke or any vascular diseases that affect kids. We want them to come here.”

As a leader in the state in providing neurosurgical care to children, Riley already treats patients with many of these conditions, but Dr. Qaiser’s goal is to build the program so that referrals extend beyond Indiana into the Midwest, even nationwide.

To that end, she began meeting with Riley colleagues in complementary disciplines as soon as she arrived to “pick their brains,” so to speak.

Becoming a center of excellence involves the clinical component, research and community outreach, she said.

“All three are really important. We are here to make a difference.”

In addition to seeing patients and working on research, she will assume the roles of fellowship director for pediatric neurosurgery and associate program director for residency in neurosurgery.

“I love teaching residents,” she said. “It’s so nice to have that enthusiasm; it’s contagious. You want to be better for them and your patients.”

HER HEART WAS IN NEUROSURGERY

The eldest of seven children in her family, Dr. Qaiser can’t remember a time when she didn’t want to become a doctor.

Her dad, an engineer, might have expected her to be a cardiologist because he loved explaining EKGs to her, she said. But her heart was set on brain surgery.

Two siblings also followed her into medicine. A sister works in public health in Ireland, and a brother is a pediatric nephrologist finishing up a fellowship in Pakistan.

Dr. Qaiser came to the U.S. from Pakistan in 2006 after medical school to do a pre-residency fellowship at Boston Children’s, which is where she got interested in Moyamoya, a rare blood vessel disorder in which the carotid artery in the skull becomes blocked or narrowed. Up until then, she didn’t think working in pediatrics was a good fit for her.

“I thought it would be really difficult – emotionally and mentally – to take care of sick kids.”

But that changed when she saw the potential for improving lives at an earlier age.

“When I was in Pakistan, I had wanted to become a neurosurgeon since I was in ninth grade. I always wanted to do cerebrovascular because it seemed to be the most challenging, the most delicate part of working with the nervous system,” she said. “I like the challenge.”

But pediatric neurosurgery in Pakistan is not as established as it is in more developed nations, given fewer neurosurgeons, so envisioning super-specialization is difficult, she said.

When she arrived at Boston Children’s, however, she was amazed to see how well the kids with previously debilitating conditions were doing after treatment.

“They had jobs, they were happy, and they felt like a useful part of society and not a burden on someone,” she said. “It opened my eyes to how much of a difference you can make. And the satisfaction was 100 times more than with adults. The kids give you hugs and they’re happy to see you.”

Dr. Qaiser is married to gastroenterologist Dr. Syed Rizvi, and they currently live six minutes from the hospital, she said. They have two cats, Zeppelin and Floyd – named for the bands – and a third cat who has taken up residence on their back porch. They call him Porchy.

A self-described foodie, she swears by the blueberry goat cheese pie at Three Sisters Café in Broad Ripple. When not exploring new restaurants, she enjoys baking, hiking at Eagle Creek Park and going to movies.

Returning to Riley is like coming home again, she said.

“I feel like I’m coming back to friends and family.” 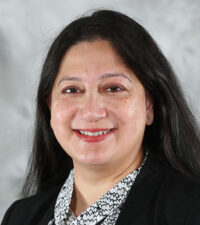 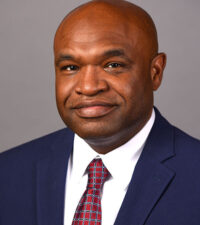