Monkeypox and kids: What you need to know

Currently, the risk in children is extremely low, but parents should be aware of the virus and how it is transmitted.

Like we all need one more thing to worry about, right?

Monkeypox. What is it? How do you get it? And should you worry about your kids contracting it?

“Overall, the risk in children is very low, but there have been cases in kids, including in Indiana,” said Riley Children’s Health infectious disease physician Dr. Chandy John.

Like most pediatric physicians, he doesn’t want to sound the alarm at this point because, in fact, the risk is so low, “but it’s not zero,” he added, and it’s always better to be armed with good information to reduce risk to your family.

Maybe you haven’t paid much attention to the news swirling around this latest virus, but monkeypox has been declared a federal health emergency in the United States.

It is a viral disease that previously affected rodents and primates in rainforest areas of west and central Africa but now has been transmitted to humans.

It’s not another Covid, infectious disease doctors emphasize, but it is a disease that we still don’t know much about, so here are some things for parents to consider:

Dr. John recommends that parents who suspect their child has been exposed to someone with monkeypox or who see skin lesions that look like they could be monkeypox should turn to their pediatrician, who can determine if testing and treatment are required and can refer the patient to Riley if warranted. 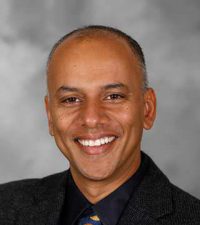