Cancer nearly killed him as a teenager, but now James Ranahan is strong again, and he is sharing his story in a new book.

James Ranahan spent his 16th birthday sedated, in the ICU at Riley Hospital for Children.

It was September 2014, and about six weeks earlier, the Anderson youth had been diagnosed with a rare form of blood cancer – acute promyelocytic leukemia.

He didn’t understand what was happening, didn’t know much about cancer. But suddenly, there he was, fighting for his life, first at IU Health North Hospital in Carmel, then at Riley in Downtown Indianapolis.

It would be a grueling journey, filled with pain, anguish, uncertainty and fear. But there was so much more. There was love, compassion, hope and healing.

Today, James is 22, a cancer survivor and newly published author.

“#JamesStrong: The Autobiography of James Ranahan” is a look into the cancer experience of a scared teenage boy – a football player, so-so student, big brother and beloved son of Tim and Luda Ranahan.

It was borne out of all the questions James and his family had been asked when he was undergoing treatment. Questions they didn’t always have the answers to. But now, with the benefit of hindsight, James shares what was going through his head when he was diagnosed and how grateful he is to come out the other side.

He had started keeping notes on his phone at some point during treatment, and he relied on those notes, as well as his memories and a journal kept by his mom to write his book, which he worked on for several months this past year after finishing the night shift at his full-time job at a highway convenience store.

Details might be sketchy, but James remembers how the team at Riley made him and his family feel.

“Every person there was really nice. Seeing them every day, we got to know them. They became family to us pretty much,” he said.

Writing the book, which he paid to publish, was therapeutic for him, but he wanted to accomplish more than that.

“I wanted to help other people who are going through something similar,” he said, to remind them that they are not alone.

That’s a lesson his mom learned as well.

“James was struggling, feeling alone and thinking nobody understood his experience with cancer,” she said. “I think with this book he wanted to reach as many people as possible – to say you’re not alone. You have God on your side, and you have so many people who support you who don’t even know you.”

She is speaking from her own experience.

“So many people reached out to us while we were in the hospital. It was amazing how the community came together and pulled for us.”

One member of their virtual community was then-Indianapolis Colts coach Chuck Pagano, who was diagnosed with leukemia in 2012, during his first season as Colts coach. Pagano heard about James’ battle with the same disease and sent him a signed copy of his book, “Sidelined,” about his cancer fight.

Now, James has a signed copy of his own book set aside to present to Pagano as soon as he gets the chance.

The coach is the one who first referred to James as #JamesStrong. The moniker stuck, and James’ high school rallied around the Ranahan family, raising money through the sale of T-shirts and bracelets.

James rang the bell to symbolize the end of his treatment in early 2016, his senior year of high school.

His oncologist, Dr. Sandeep Batra, was optimistic then and remains so about James’ cancer battle, noting that while the type of leukemia he had is rare among children and young adults, it is highly curable.

In fact, the most dangerous time for James likely was when he was first diagnosed. He had to be treated aggressively at a time when he was most at risk of dying from the disease.

It’s hard for Luda Ranahan to go back to those dark days in her mind. But it’s written in black and white in the journal she kept. It’s raw and painful for her to read.

“I’m thinking, oh my God, this is what my child went through,” she said. “What did we do wrong, how did we let this happen? Our child is suffering and there’s nothing we can do.”

Of course, she did nothing wrong. She knows that in her head. But her heart – well that is still healing.

“You never realize how strong your kids are and how much they carry you through,” she said, recalling one moment in the hospital when her son said something she’ll never forget: “Mommy, you were strong for me, and I’m gonna be strong for you.”

He is strong now and is hoping to lift others up with his book. He recently met with Kelly Trent, whose son, Tyler, passed away from cancer on the first day of January 2019. Tyler, a Purdue University student, was a beloved Boilermaker who inspired many around the nation with his fighting spirit. An endowment has been established in Tyler’s name to support cancer research.

James knows he is lucky to be able to look back at his experience with cancer and talk about it so openly.

“I found strong faith and the power of prayer,” he said. “Everyone who came to the hospital prayed for me. I think that really helped. I was so sick for so long, and now I’m perfectly healthy.”

“#JamesStrong: The Autobiography of James Ranahan” is available on Amazon, Barnes & Noble and other online book retail sites. 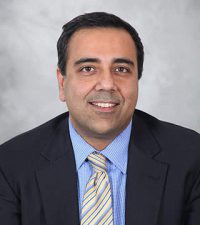