Josiah Medler turned 7 months old on June 6, and he celebrated by getting a little work done on his heart.

The dynamic duo of Dr. John Brown and Dr. Jeremy Herrmann operated on him Thursday at Riley Hospital for Children at IU Health. It was the second of three planned open-heart surgeries for the little boy, born Nov. 6 with hypoplastic left heart syndrome (HLHS) and dextrocardia (a rare condition in which the heart points toward the right side of the chest instead of the left). 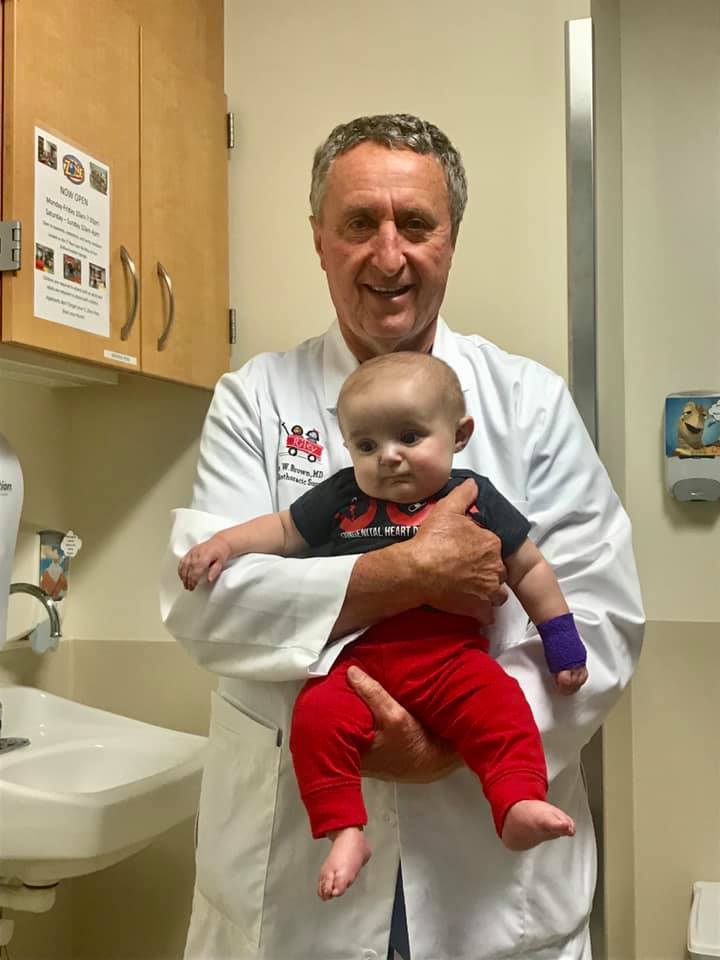 Josiah first had open-heart surgery when he was 6 days old. He spent the next several weeks hospitalized at Riley before being discharged on Christmas Eve.

In babies born with HLHS, the left side of the heart can’t effectively pump blood to the body. Without surgery, the defect is fatal, usually within the first few weeks of life.

Babies with HLHS typically require three reconstructive surgeries: the Norwood, performed shortly after birth; the hemi-Fontan, performed at about six to seven months; and the Fontan, which is done at about age 2.

Last week, Josiah’s parents, Dorie Ann and Jed Medler, were joined by several family members who traveled four hours from their hometown in southern Illinois so they could be together during the seven-hour surgery. It was an emotional time for all, but Dr. Brown and Dr. Herrmann’s combined skills and the compassion they showed the family made it easier, Dorie and Jed said.

When it was over, Dorie said both surgeons came out to talk to her and Jed, immediately putting their anxieties to rest. 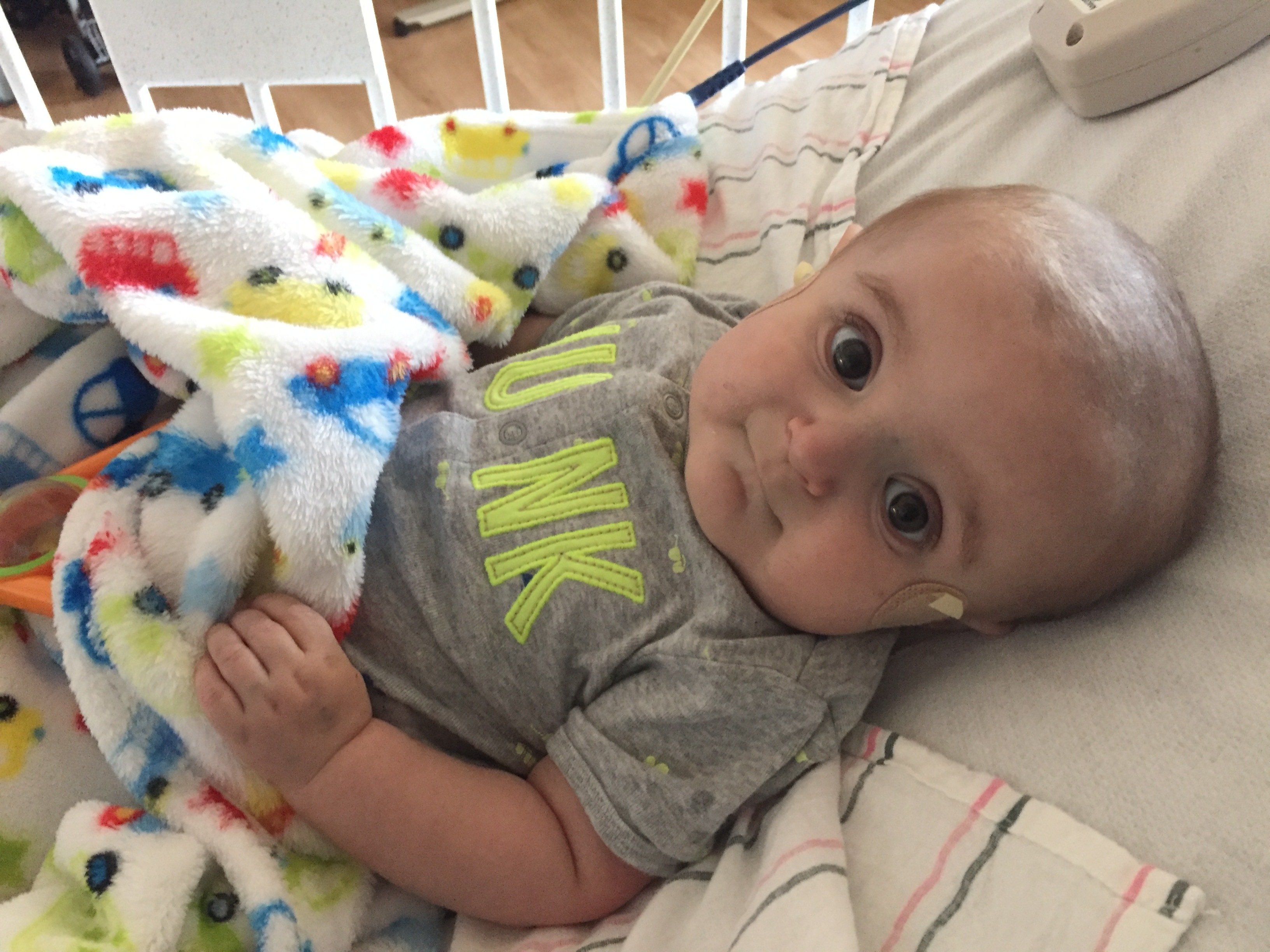 “Dr. Brown said everything went fine and Josiah did great,” Dorie said. “He told us Josiah will grow up to be the boy he should be.”

That touched her heart. Impulsively, she wrapped him in a hug. “I told him I loved him.”

The surgery went so well, in fact, that the couple got word Tuesday that Josiah was ready to go home. Dr. Brown came in, rubbed Josiah’s tiny foot and said he looked good enough to leave the hospital, Dorie said. The couple were stunned but thrilled.

“It’s just amazing that on Thursday they had his heart in their hands and now on Tuesday he’s going home,” Jed said as he gave Josiah a bottle Tuesday morning. They were packed up and waiting for Josiah’s cardiologist, Dr. Robert Darragh, to give the all clear.

Josiah, who was swollen and sedated just a few days earlier, now was alert and smiling, wrapped in his favorite blanket from home. His big brown eyes followed everyone in the room. 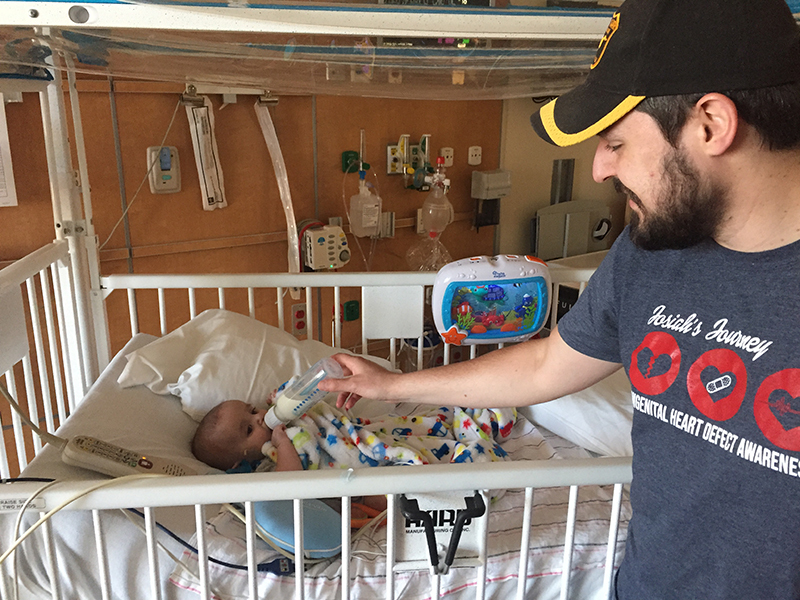 “He’s back to being himself,” Jed said.

He is a trouper, Dorie said, as she gave her only child a kiss.

“For such a tiny little thing, he’s only been on this Earth for seven months and he is so tough.”

As they drove home Tuesday, they hoped to put Riley in the rear-view mirror for the next year or so, until it’s time for Josiah’s next surgery. Then there’s no question they’ll be back where Josiah’s journey started, Dorie said.

“There’s nowhere else that we would ever take him.”