Thanks to a liver transplant, 12-year-old Elias is healing from the inside out and ready to live again.

Elias Otero used to wake up every day in pain. His liver was failing and his small body was covered with lesions from a rare disease. But the emotional pain went much deeper.

The looks. The comments. The taunts from other kids, even adults.

He was 2 when the growths on his skin started, but at 3 months old he became jaundiced, and doctors at Riley Hospital for Children at IU Health eventually diagnosed him with Alagille Syndrome, a genetic disorder that can affect the liver, heart and other parts of the body.

One of the telltale signs for Elias, other than the yellowish tinge to his skin, were growths on his ears, hands and arms – xanthomata – essentially lumps of cholesterol that developed because the boy’s bile ducts didn’t form properly.

Dr. Jean Molleston, chief of the Pediatric Gastroenterology, Hepatology and Nutrition Division at Riley, said she has seen other patients with the condition, “but his were probably the worst I’ve seen.”

Because of them, he had trouble writing, opening a water bottle or any seemingly routine task, and he became increasingly isolated. The older he got, the worse his condition got. While his liver continued to work at reduced capacity, he was suffering. When he was 10, Dr. Molleston recommended he be put on the transplant list for a donor liver.

The surgery marked the beginning of a new life for Elias, now 12 and a year out from his transplant, performed by IU Health surgeon Dr. Richard (Shane) Mangus in February 2020, just weeks before COVID-19 shut down the country.

“He was amazing,” Elias’ mom, Joy Otero, said of the surgeon. “We were so nervous, but he came in and talked to us and told us he had seen the (donor) liver and it was amazing and we could not pass this up.”

After surgery, Dr. Mangus told the family that the transplanted liver slipped into Elias like it belonged there.

It was the best possible news for Joy and her husband, Elias Sr. of Hobart, Indiana.

“He’s doing so good,” Joy said of her son. “I cannot stress how important organ donation is. He’s not jaundiced, the deposits are fading on his skin, he’s not in pain, and he’s not getting teased. He’s like a totally different kid. Like he has a new will to live.”

Imagine the relief that brings to his parents, who have watched their son suffer for so long, even hiding away in a hotel room on family vacations.

“There’s so much more to Eli than people know,” said his father of his namesake.

Now a sixth-grader, Elias is attending a hybrid schedule of virtual and in-person school, where he says he finally has friends. Before the transplant, his school principal would have to go to his classroom on the first day of every school year to explain that Elias has a skin disorder caused by liver disease. Eli waited in the principal’s office until the administrator had prepared the students.

Still, he was teased and would come home crying to his mom that other kids wouldn’t play with him.

Since the skin growths have begun to melt away post-transplant, her son is more outgoing, Joy said. For the first time, he is able to ride a bike, giving him a new feeling of freedom. He loves sports, football especially, but has been told by his doctors that he can’t play the game.

So he does the next best thing. He watches the game with his dad, absorbing as much as he can. Now he has a new goal, his mom said.

Yes, you can, she told her son.

On behalf of her son, Joy is most grateful to the Riley team that always made Elias feel comfortable and safe, whether he was going for blood work or an MRI or surgery.

“They were so kind, and they always knew Eli by name,” she said, “and Dr. Molleston is a great GI. She is compassionate and honest.”

Eli’s prognosis is very good, Dr. Molleston said, attributing the success to his parents, who were “amazing partners” in their son’s care, as well as the skilled surgeons who performed the transplant and the transplant coordinator. It is truly a team effort, she said.

None of it would have been possible without the sacrifice of another family, she added.

“Somebody made this transplant possible for him in a moment of terrible loss. They made that possible for Eli and you get to see his smiling face. His dad says he was ‘ignited’ by the transplant. That’s just beautiful.”

Elias goes back to Riley for checkups every few months now, but he’s a different child than he used to be.

“I’m just so happy as a parent,” Joy said. “When you see your child cry and in pain, it’s so hard. He was not living.”

Now, she says, he’s ready to tackle the world. His parents recently got him Rollerblades because he was upset that his little sister could skate and he couldn’t. His first time out, well it wasn’t easy, his mom laughed. “It’s OK as long as you try,” she told him.

He got the message. 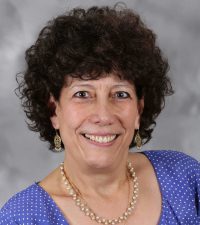 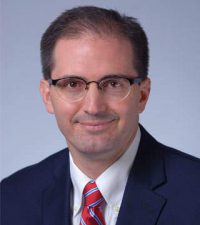