Junior gets a new heart weeks before his first birthday

Brian and Mallory Aylor’s son was born with multiple heart defects. He has been hospitalized at Riley for 7 months.

His real name is Brian, after his dad, but everyone on the Heart Center at Riley Hospital for Children knows him as Junior.

His big brown eyes and sweet smile are well-known to the nurses, physicians and therapists who sometimes come into his room just to get their Junior fix.

Helen Murdock is one of those nurses.

“Junior has the best smiles and the most expressive eyes. He brightens my day.”

“Junior” is Brian Aylor Jr., son of Brian and Mallory Aylor. He was born with multiple heart defects and has been hospitalized at Riley for seven months, more than half his life.

Two weeks after his birth in June of 2020, he had open heart surgery, then was able to go home. But his condition deteriorated, he had more surgeries, and in December, he was put on the heart transplant list.

Realizing that your child needs a heart transplant is hard to grasp, Mallory said.

“I knew it was a possibility, but you are shell-shocked as things are put into motion.”

Mallory, a nurse herself, has spent most days and nights at the hospital, while Brian works near their home in southern Indiana. The couple also have a 3-year-old daughter.

It was during a prenatal appointment at 24 weeks when Mallory found out her baby had serious heart defects, including hypoplastic right heart syndrome, tricuspid atresia, transposition of the great arteries, atrial septal defect and ventricular septal defect, more commonly known as holes in the heart.

And because of COVID, she was at that appointment alone.

“It was a lot,” Mallory said, adding that she didn’t want to tell her husband over the phone, so she drove home alone, carrying that mental burden with her.

But her pregnancy continued without further incident, and Junior weighed a healthy 8 pounds, 1 ounce at birth.

Throughout his months at Riley, he continued to grow well, thanks to nutritional support and care provided by Dr. Charles Vanderpool and the GI team. And he had multiple surgeries performed by cardiothoracic surgeon Dr. Mark Turrentine.

But on May 1, he had the biggest surgery. That’s right – little Junior received the gift of life, a new donor heart transplanted by Dr. Turrentine.

“He’s doing great,” Mallory said via text Wednesday night. “He is just thriving with therapy and advancing very quickly. He is definitely making up for lost time!”

Junior loves all of his nurses, doctors and therapists, she said. Music therapy is a favorite.

“He is personable, friendly, has a captivating stare and plays with everybody.”

Since his big sister hasn’t been able to visit, child life specialist Courtney Lyon created a special book for her to have at home. It includes pictures of her brother and the hospital and explains things in a way she can understand, Mallory said. It’s a gesture that has meant a lot to the family.

“We tell his sister he has a special heart, and he needs extra care.”

It’s been a long road for the family, but Mallory says a strong support system at home and the medical team at Riley have made all the difference.

And now, they are looking at potentially getting discharged as early as next week – just in time for Junior’s first birthday in June.

It will probably be a virtual party for all but the immediate family because his immune system will be weak, Mallory said, but she has big ideas.

“We’re still going to do it up! His theme is going to be ‘One Wild Year,’ and we’re going to decorate with wild animals.”

A wild year indeed. Here’s to a happy first birthday for Junior. 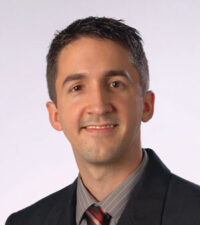