They were born in the wee morning hours of June 9, 1983 and promptly made headline news. Riley set up a special telephone number for media to get recorded updates.

The booklet was 29 pages thick. It was titled: “The Taylor Quadruplets: Information for the News Media.”

Yes. This was a big deal. A huge deal. Four babies were on the way. The hospitals – IU Health University Hospital, where the Taylor babies would be born and Riley Hospital for Children, where the quadruplets would be cared for – had been preparing for weeks. 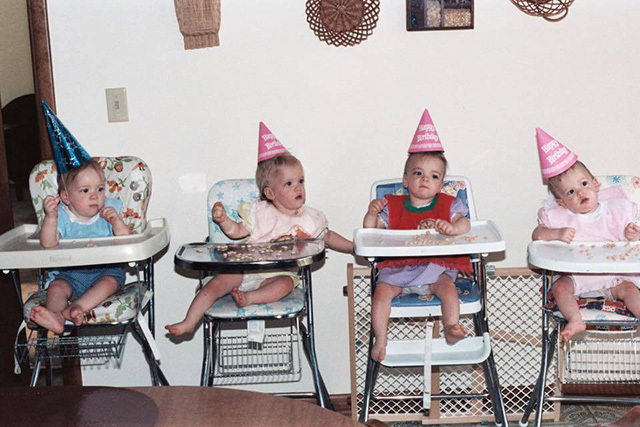 Five teams, each including a physician, nurse and respiratory therapist, were formed and kept on call all those weeks.

And that booklet outlined it all, giving details on the family’s background, the pregnancy and preparations for the birth. A special telephone number was set up for recorded updates on the babies’ conditions.

Then? Well, then those babies came.

It was the wee morning hours of June 9, 1983, when the four Taylor babies arrived, believed to be the first surviving quadruplets born to an Indianapolis couple. 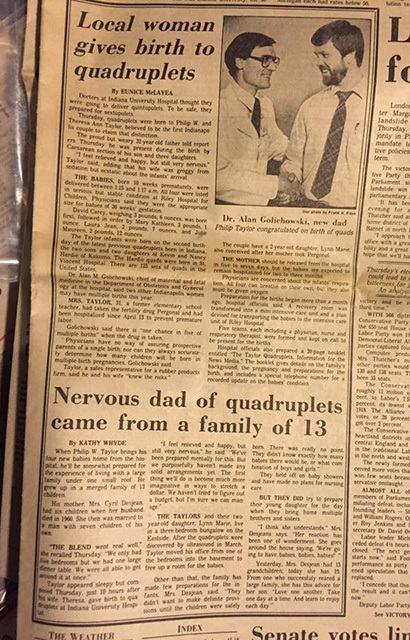 From the Indianapolis newspaper article that ran after their birth: “I feel relieved and happy but still very nervous,” Phil Taylor said, adding that his wife was groggy from sedation but ecstatic about the babies’ arrival. The couple also had 2-year-old daughter Lynn Marie.

A big family wasn’t a new thing for Phil Taylor, who came from a blended family with 13 children. He did say at the time that it would take some adjustment for their Eastside Indianapolis home.

“We’ve been prepared mentally for this, but we purposefully haven’t made any solid arrangements yet,” Taylor said after the babies’ births. “The first thing we’ll do is become much more imaginative in ways to stretch a dollar.” 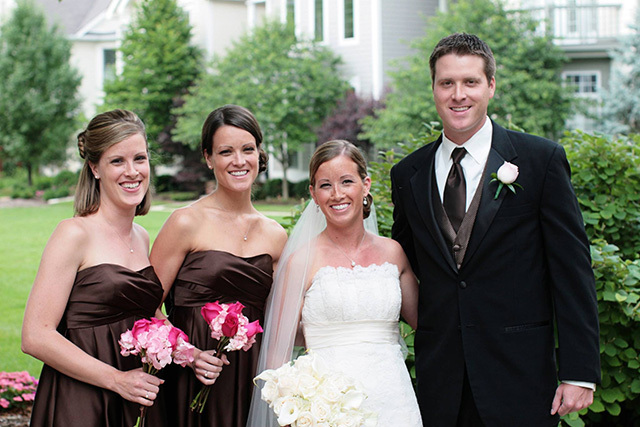 Stretch a dollar they did. And they raised a happy, healthy family that is still very close, says Dave Taylor.

“Our mom and dad deserve a ton of praise,” he says.

Theresa and Phil Taylor are now the proud grandparents of 11 with three more on the way, including Laura’s twins. The oldest grandchild is 6. And Laura Koke just happens to be a nurse herself at Riley.