“I hope there’s something I’ve left behind at Riley”

A champion of family-centered care, Darla Cohen worked with parents to introduce changes that made a positive difference.

Darla Cohen didn’t know 38 years ago that a baby would truly shape the course of her career, but that’s exactly what happened.

That baby, her daughter, was born full-term at Methodist Hospital before the hospital was part of the IU Health system. Complications would lead to her being admitted to the neonatal intensive care unit, where she was treated for several weeks.

Being a NICU mom was a different kind of education for Cohen, who has a bachelor’s and master’s degree in education and worked for Indiana University in Bloomington and the IU School of Medicine for many years. Yet she took that experience and years later turned it into a role at Riley Hospital for Children at IU Health that has changed the lives of countless patients and families. 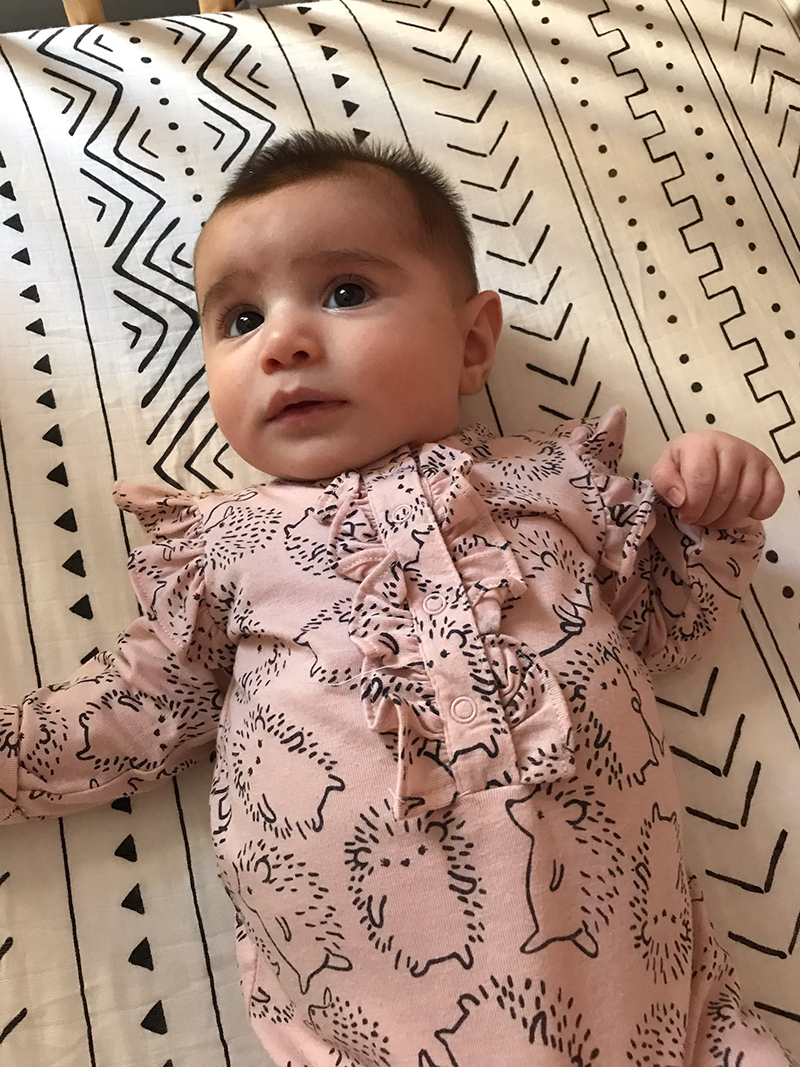 And now she is stepping down to move into a new role – that of grandmother to her first granddaughter, Mazie Rose, born to that long-ago NICU baby in August.

As project manager for Patient and Family Experience at Riley, Cohen launched the first Patient and Family Advisory Council within IU Health and became an advocate for parents who needed to be listened to and supported during their child’s healthcare journey.

Because she was once that parent.

For the first time, families had a voice and a place to tell their stories. Those stories would lead to so many firsts over the years – the first mentoring program in the Riley NICU and a similar program in the Heart Center; an app (to be expanded next year) that helps families navigate Riley; in-room meal service for patient families; even something as simple as automatic door openers in the ROC parking garage.

Those are just a few of the improvements her leadership has inspired. Last year alone, there were 40-some concrete changes the advisory council saw implemented.

After her daughter’s stay in the NICU nearly 40 years ago, when there weren’t even chairs at the bedside, Cohen later became a Riley mom as her daughter suffered gastrointestinal problems as a child.

At the time, she was already steeped in the principles of family-centered care as part of continued research she was doing, and one of those principles was dignity and respect for all, she said.

Now we call it patient experience, Cohen said, but it’s still about making things easier for families and concentrating on what matters most.

Why then, she asked more than a decade ago, did families have to come to Riley five days a week for appointments for their child when they could be coordinated into two or three trips? Surely that would be better for parents, all of whom had busy lives outside the hospital.

That way of thinking has driven everything she has done since she was hired into her current role 13 years ago.

“It was sort of a blending of my professional background as an educator with my personal experiences as a parent,” Cohen said. “It gives you a different perspective once you’ve lived it.”

Even though she had to stand by her daughter’s isolette every day, Cohen said she felt supported at Methodist in those weeks after her daughter’s birth. There were parent-to-parent mentors who provided emotional support to families in the NICU.

“Having that support made my experience survivable. We’ve come a long way in terms of accommodating families’ basic needs while they’re in the hospital, but it’s always been paramount to me.”

Those who know her agree.

Tracy Miller, director of Patient and Family Experience, said Riley leads the IU Health system in bringing the voice of the customer to key decisions, thanks to Cohen’s influence and stewardship. And she helps providers learn about patient-centered care approaches not only at Riley but within the IU School of Medicine and School of Nursing.

In addition, she said, “Darla shares her best practices across the country and is a long-term advocate for parents and families involved in safety improvements in the healthcare setting.”

Melody Holmes joined the Patient and Family Advisory Council earlier this year, but she has known Cohen for more than a decade. Holmes’ daughter has been a Riley patient since she was 6 weeks old.

“Darla was always there for me, whether we were coming for an outpatient appointment and she would just stop in and say hi, or we were in-patient. When she walks into the room, it’s like a breath of fresh air and just peace. Her presence brings peace,” Holmes said.

“And she gives really great hugs when it’s not COVID time.”

Having someone who was always in her corner even as her daughter went through various diagnoses was comforting to Holmes, and Cohen could be counted on to be a good sounding board when Holmes needed to talk things out.

“If nothing else, she just always reminds me that I’m doing the right thing in advocating for my kid.”

And when she’s gone?

“I have her phone number,” Holmes laughed, “so I won’t miss her too much.”

Laura Spiegel has served on the family council for four years and has led it for the past two years. She values Cohen for her heart and her insight.

“I think it’s rare to find somebody who understands the ins and outs of the hospital from an operational perspective and a strategic perspective but who also is able to maintain the compassion and the empathy and the authenticity that she does,” Spiegel said.

“She gets it, and she doesn’t give up. The fact that she went through the experiences she did with her own daughter gives her that perspective. I have witnessed so many times when she was able to comfort someone under immense stress just with her words. That’s a real skill set and will be hard to replace.”

When she first took the job at Riley, Cohen said a conversation with then-CEO Dr. Ora Pescovitz had a lasting impact.

“She told me the most important thing for me to do was to make myself indispensable, and I took that to heart, together with the principles of family-centered care. Her advice and those principles have guided every single thing I do at Riley.”

She has had the opportunity to work with wonderful families during her tenure, she said, mentoring them to a point where they feel they can do things that they never dreamed possible, including giving presentations at national conferences.

“I don’t present alone. I always have a family member with me,” she said. “I’m serious about that partnership, and I encourage them to grow and do that.”

Still, listening to their comments during a virtual meeting when she announced her retirement was a bit overwhelming.

“It’s somewhat embarrassing when you listen to multiple people saying ‘you changed my life,’ ” she said, adding that she could not have accomplished anything without the support of the families she has worked with.

“If I had known that I was that influential as we were going through life, I would have been crushed by the responsibility. It’s frightening to think about. It really was a lot.”

Riley Chief Operating Officer Dr. Paul Haut said it’s hard to imagine Riley Hospital without Cohen walking the halls, “that is until you begin to think about the lasting positive impact she has had.”

“She helped us bring Dr. Morris Green’s philosophy of family-centered care to life,” he said, “from the Patient and Family Advisory Council to Family as Faculty to helping lead through our Guest Management initiatives. While I will miss Darla being a part of our daily life, I am confident her presence will continue to be known.”

Cohen is hopeful that someone will come along to build on what she has been able to accomplish.

“I tried to provide people with the support and the encouragement to be leaders, to be family advisers, to help us get better,” she said. “I explain to them that their lived experiences are something we can’t buy as a hospital system. They are invaluable to us. They are the ones who give you the information you need to be better. All we have to do is act on it.”

Leaving now is bittersweet, but the time is right, said Cohen, who was feted in a virtual celebration last month.

“I could have retired a year ago, but I thought it was too early when I love what I’m doing,” she said.

But then 2020 happened. When you pile a pandemic on top of her daughter’s difficult pregnancy and the loss of her mother, and layer it with new-to-her terms and processes like Twistle and ERP and Zoom and Bang the Table, it’s a lot.

Especially for someone who admits to being technologically challenged.

“I made a list of all the different terms that people were referencing in October and thought, ‘Do I really want to struggle with this at my age (68)?’ ” She answers her own question. “I do not.”

But she leaves with no regrets.

“I’m going to miss my families a lot,” she said, taking a moment to compose herself before continuing. “And I hope there’s something I’ve left behind at Riley. I’ve tried to make a difference; I’ve tried to make the experience better for families.”