Nurse Gloria Swayze found her calling a little later in life, but finding her place at Riley – even amid a pandemic – has been a dream come true.

Gloria Swayze came to nursing in a roundabout way. She’s been a bartender, a DJ, a factory worker and a wedding singer.

Now, she uses her voice to calm young patients, singing to them as they recover from illness, treatment and surgeries on 8 East and 8 West at Riley Hospital for Children at IU Health.

Swayze didn’t start nursing school until she was 32, so she brought a lot of life experience with her on her first day at Riley a year and a half ago.

But she has a valuable perspective that often comes with age. It’s hard for younger nurses sometimes to not take things personally, she said. It’s particularly hard to feel the wrath of a grieving parent who wants desperately for his or her child to get better.

“I remind them that it’s not about you,” the 43-year-old nurse said. “You have to step back and truly walk in these parents’ shoes. It’s rough.” 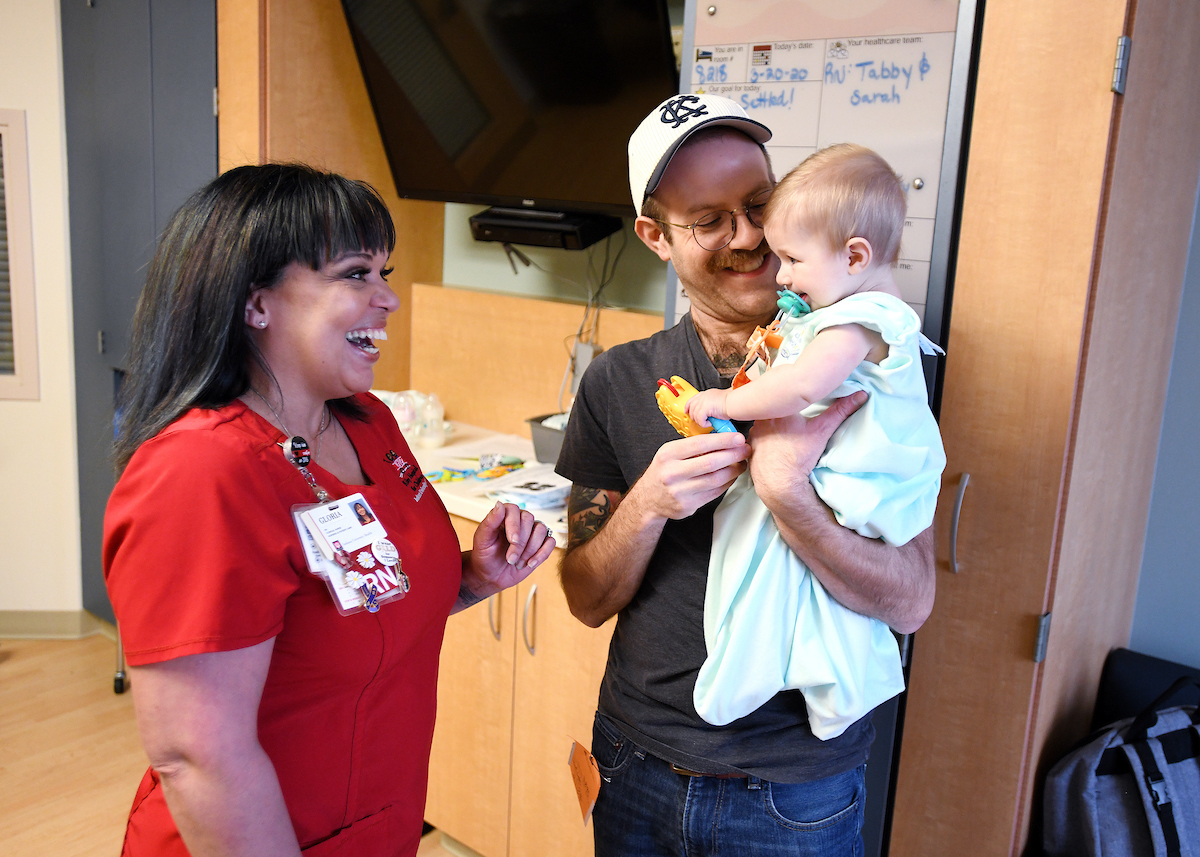 Swayze, who lives in Terre Haute, also worked at a hospital there, but when she got the chance to come to Riley, even though it meant a long commute, she didn’t hesitate. It’s where she’s always wanted to be.

“You have no idea the kind of gift these kids give me every day.”

The idea caught fire when her son’s friend was diagnosed with cancer at age 12. She recalls worrying about the boy’s mom and wondering how she managed.

“I remember thinking that I wanted to be one of those nurses that when parents have to leave the hospital, they don’t worry because Gloria is there and they know she’s going to take care of their baby.” 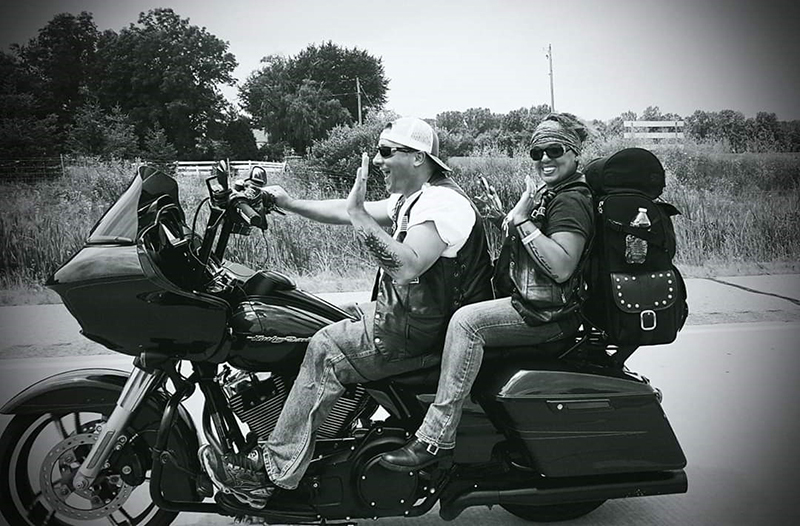 Swayze and her firefighter husband, Aaron, have a blended family of four children – three of them adults, the youngest a teenager. She and Aaron love to ride motorcycles in their free time and participated in the Miracle Ride for Riley fundraiser last year. Every Christmas, they put on their Santa hats and shop for 250 children in the community as a service project for the firehouse.

Swayze’s father died when she was young, and her mom raised her and her three sisters on her own.

It was from her mother that she learned the value of caring for others and set her on the winding road to her nursing career, well before she stepped foot in a nursing class.

“She helped everybody,” Swayze said of her mom. “I just remember thinking I wanted to be like her. I didn’t know what that meant, but I just wanted to take care of people. She raised us to be of service to others, whether it’s in our job, in our community, in our home. That’s our purpose.”

It took getting laid off from her factory job and the news that a friend was starting nursing school for Swayze to realize she could do the same.

“I’ve always loved people and had the heart for this. I figured they can teach me medicine, but they can’t teach me compassion. From my first class, I fell in love with everything about it.”

Like most nurses today, she never expected to be working amid a pandemic, but she has been proud to be part of the IU Health team during a stressful time.

“IU Health has been incredible,” she said. “Just the amount of support they’ve given employees blows me away. I’m blessed to work for this organization.” 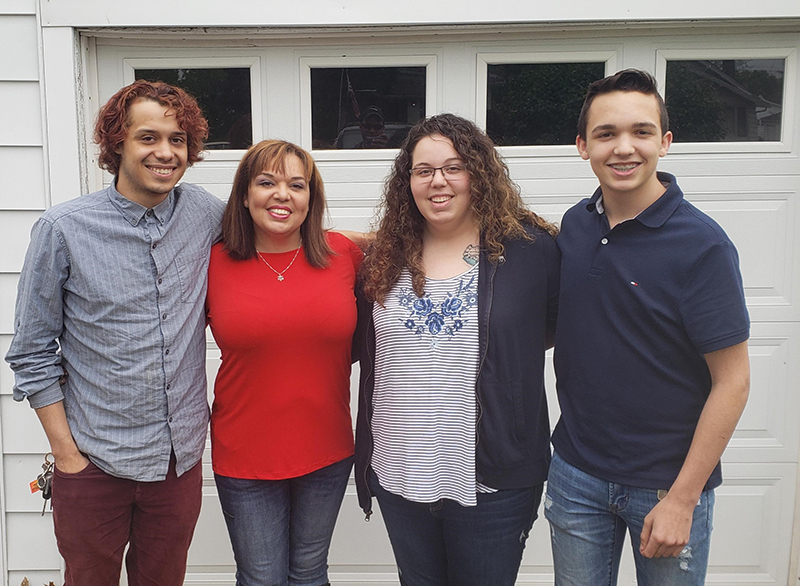 Still, she has been deeply affected by the virus, losing a friend of the family’s who served with her husband as a firefighter, and seeing her daughter battle COVID-19 as well. Swayze took time off to care for her daughter and self-quarantined, but was released to return to work after testing negative for the virus.

“It’s been a rough little go here, but we’re making it.”

Looking ahead, she said she believes the virus is here to stay but that a vaccine will eventually get it under control. In the meantime, she has what she calls a “weird sense of peace” about her job and her own health, believing the organization is better prepared than most hospitals.

As a nurse, she said, she feels prouder than she ever thought she could be.

“I don’t feel any more a hero than the person working at the grocery store, but seeing how everyone has come together and worked so well together, it makes me super proud.”

She talks about her colleagues who have small children or elderly parents they are worried about, “yet they still come to work and they still smile and they still provide the best care they can.”

It took her a while to find her dream job, but Swayze said it’s everything she hoped it would be and more.

“My worst days at Riley are still better than my best days anywhere else I’ve worked. I’m truly blessed to be a part of this hospital.”