Three-year-old Josiah is on the mend again after his third open-heart surgery.

Jed and Dorie Medler were anxious. Who wouldn’t be? At that moment, their little boy was undergoing open-heart surgery down the hall from where they waited at Riley Hospital for Children.

“He’s the strong one. I’m the emotional one,” Dorie said of her husband, who was explaining in pretty good detail what Dr. Jeremy Herrmann was doing to fix their son’s heart on that Tuesday morning two weeks ago.

“Dr. Herrmann is going to build a wall inside his heart with a little hole in the center to equalize pressure between the chambers, then reroute the blood flow,” Jed said.

As renowned and now retired Riley heart surgeon Dr. John Brown put it to the couple when he met them before Josiah’s birth: “Your baby has a strong beating heart but some very bad plumbing that we have to fix.”

Josiah is the first child for Jed and Dorie, who live in southern Illinois, and he has been a regular at Riley in his three years of life. When they are not at Riley, the family has received constant support from the hospital’s pediatric cardiology home-monitoring program, headed by nurse practitioner Dana Hartman.

On this day, Josiah was having the last of a three-stage surgery to repair his heart.

Up until now, Dr. Brown was the one taking the lead on the surgeries, with Dr. Herrmann at his side. In the past three years, the Medlers have gotten to know and trust Dr. Herrmann just like they did Dr. Brown.

“It’s strange with Dr. Brown not being here, but with Dr. Herrmann being by his side and participating in Josiah’s procedures, I have no concern at all,” Dorie said, pausing while she wrote a letter to her son to help capture some of her feelings from this day.

“I am so happy he’s here for these kids. The bedside manner, the intelligence and the way he genuinely cares about the parents and the kids makes him even more unique,” she said. “They chose the perfect person to fill the shoes of Dr. Brown.”

“YOU GOTTA BE BRAVE”

Still, sending your toddler into surgery is tough for any parent.

“He did OK this morning,” Dorie said, though Jed reminded her that Josiah yelled for him as he clutched his stuffed Spiderman when the surgery team was walking him back to surgery.

“We explained to him that they are going to give you a mask that will smell like strawberries – he remembers that from the last time – and they’re going to put Paw Patrol on, and you are going to take a nap,” Dorie said.

“When you wake up, you’re going to have some ouchies, but you just sleep until you feel better. You gotta be brave,” she told him.

It will come as no surprise to hear that Josiah was not the only one shedding tears that morning.

“He’s the bravest little thing I’ve ever seen,” his mom said. “These kids are miracles. They’re stronger than I am.”

As she and her husband waited for word from the surgery team, other family members, who weren’t able to come up on the floor, stood vigil outside the hospital, keeping in close contact with Jed and Dorie.

Dorie lost her dad a year ago, and grief still washes over her in waves. She remembers how he was there for her after Josiah’s birth, when she slipped into depression and did not think she would ever bring her baby boy home.

“It was a very rough time, and we were so young,” she said. “But you do eventually leave, and you do go home. We’ve made so many friends here at Riley.”

A former Riley kid herself as a teen, Dorie met a little boy in the elevator at the hospital the other day who was decked out in “Avengers” gear with his mom by his side. In conversation, she learned that the boy was being treated for Chiari malformation, the same thing she had as a youth.

When the boy told her he was scared, she told him she had the same surgery when she was a kid, and it worked.

“You be brave. You’ll be alright,” she told him.

“I have never met anyone else with that condition until that elevator ride,” she said, still stunned.

That’s why even though it’s hard to come to the hospital, “it’s amazing at the same time,” she said. “These people here are saving all these kids and I’m so glad. Years ago, they wouldn’t have survived.”

Hours later, Josiah was out of surgery and in recovery. Later that day, he was moved to the cardiovascular intensive care unit at Riley to continue his recovery.

Dr. Herrmann explained that his young patient was born with his heart underdeveloped on the right side, so the three surgeries performed in the first three years of life help improve its function. The most recent procedure Josiah had is called the Fontan, during which the surgeon reroutes blood flow from the lower body to the lungs by connecting the inferior vena cava to the pulmonary artery.

Josiah’s case was a little trickier, Dr. Herrmann said, because the boy’s heart is rotated in the opposite position, but all went well.

When we caught up with the family three days later, Josiah was riding a pink buggy outside his room with all of his wires and monitors stuffed into the car’s front end.

The boy with the beautiful smile was not smiling then – he was a little groggy from his medications – but to see him up and about three days post-op thrilled his parents and his care team.

“I’m really impressed with how well he has adapted after surgery,” Jed said. “This little guy takes it like a champ.”

TO INFINITY AND BEYOND

Josiah had a special visitor on the Friday before Halloween. Buzz Lightyear, aka Gil Peri, new president of Riley Children’s Health, popped in to see the little boy when he heard about his love for “Toy Story.”

Josiah was excited to see Buzz, but he did have one question: “Where’s Woody?”

As for what’s next in Josiah’s health journey, Dr. Herrmann said he may do well for several decades, but a heart transplant is a possibility at some point due to the long-term effects of the Fontan circulation.

“We are still learning how these patients fare over time, and there are many factors that can affect that possibility. Hopefully, he can continue to do well and get back to being a kid and riding his Big Wheel at home.”

And that’s exactly what Josiah did.

On Halloween, five days after his surgery and feeling back to his old self, Josiah said peace out to Riley and returned home to find some new wheels waiting for him – a Spiderman Big Wheel.

Just what the doctor ordered.

“Being a heart parent is a privilege, but sometimes it feels like a curse” - In honor of Congenital Heart Defect Awareness Week, one young mom pours out her feelings about the ups and downs of raising a heart baby. 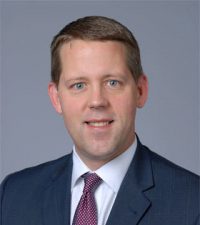