Emily Wilcoxson can’t help but get attached to some of Riley’s youngest patients in the CVICU.

There’s no strength like the strength of a heart parent.

That’s what registered nurse Emily Wilcoxson and her peers in the cardiovascular intensive care unit at Riley Hospital for Children say.

They see it every day. Parents putting their lives on hold when their babies are hospitalized for long stretches at a time. How do they do it? They don’t have a choice, parents say. It’s their child.

Wilcoxson, who spent the first month of her life in the Riley NICU and returned throughout her childhood for a urologic condition, thought that someday she might like to be a physician at Riley. But nursing proved to be the stronger pull.

“I think that’s where I belong – at the bedside with the families.” 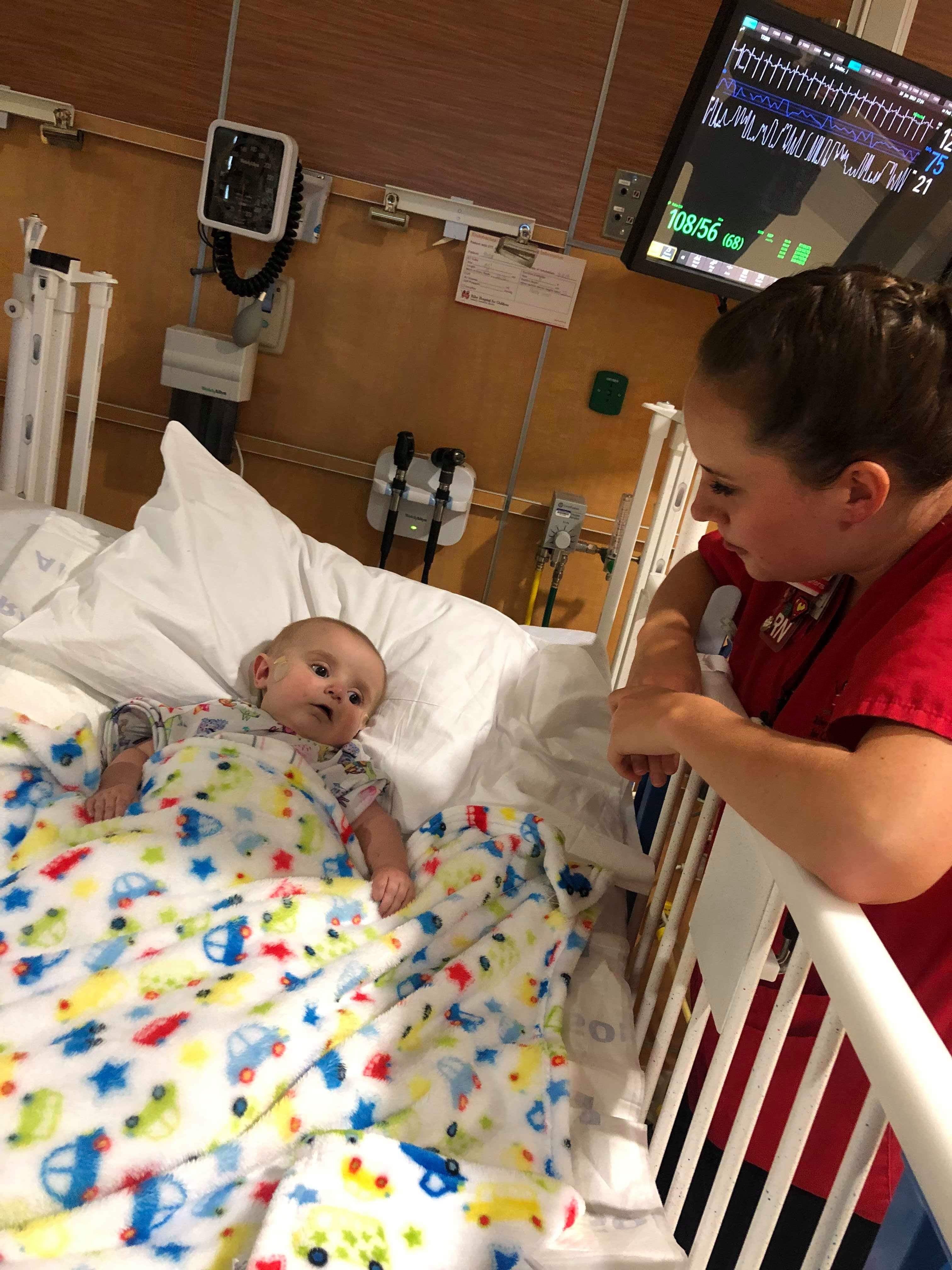 Her mother remembers how the best nurses made her feel better just knowing that her baby was safe and she could go home to rest.

“That’s what I try to do every day,” Wilcoxson said. “That’s always my goal – to create that trust. It’s no fun to just go in and do vitals and give meds. I would rather interact and get to know them.”

She remembers clearly the impact a nurse had on her when she was hospitalized at Riley at 16.

“I just wanted to take a shower. You’re a 16-year-old girl and you’ve been lying in bed, and you just want to wash your hair.”

Was it medically necessary? No, but the nurse understood it was something her patient needed to feel better.

“The biggest thing I remember from that stay was that one nurse who made me feel more like a 16-year-old girl instead of a patient.”

Wilcoxson has worked at Riley for four years, the past two as a nurse in the CVICU. Before that she was a patient care assistant on 9 West one year, then moved over to the CVICU while still in nursing school. It was a leap of faith, she said.

Even though she loved 9 West, she was intrigued when a friend told her about an opening in the heart unit. And a little terrified. She decided to go for it.

“I’m still kind of impressed that I did it. I’m really glad. It’s just a special place.”And that goes back to those strong heart parents and their warrior kids. Because many are inpatient for weeks – if not months – with serious congenital heart defects, they become family in a way.

“I think that’s what’s really unique about this unit,” Wilcoxson said. “Some are here for months straight, and you’ve seen them living this life that you can’t imagine. Then a lot of them come and see us again throughout their childhood.”

It makes the joyous occasions even more exciting and the sad days even tougher.

When families get to take their babies home, “you’re very happy for them, but your heart breaks a little for yourself because you miss them,” she said. 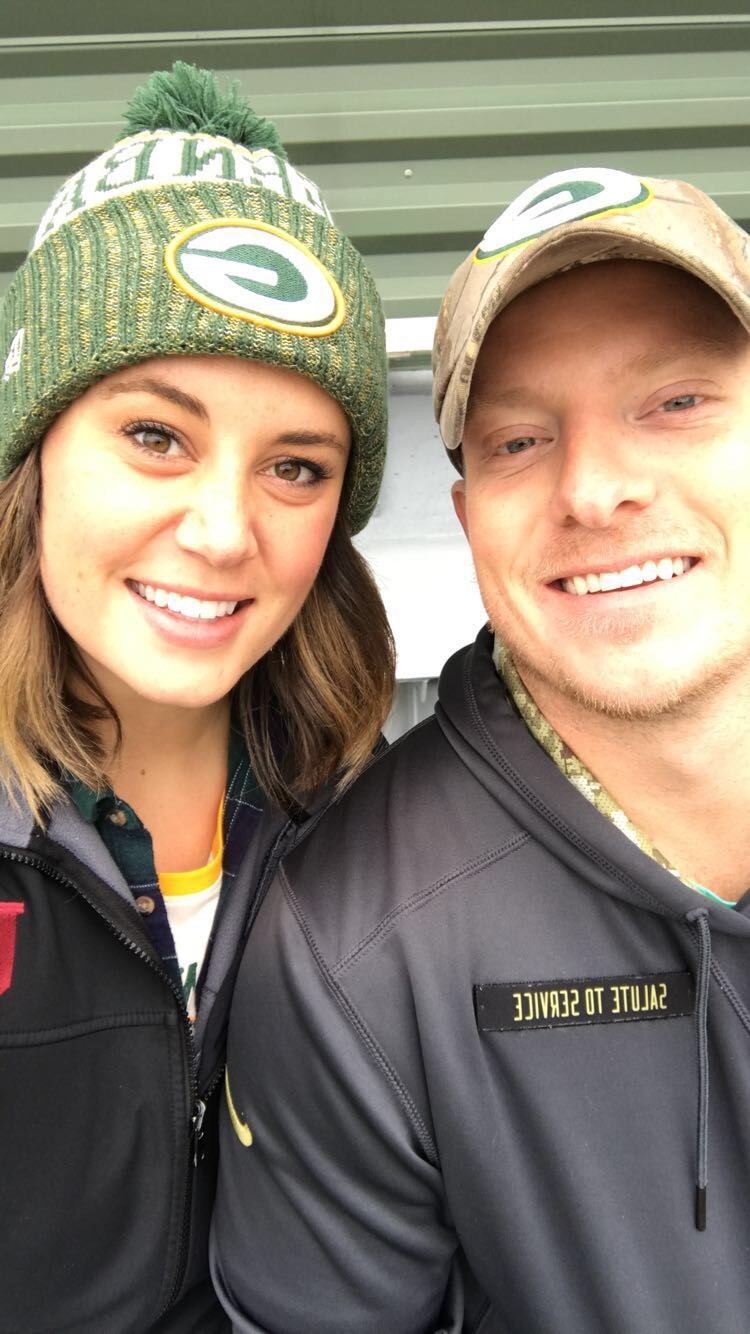 The 26-year-old is getting married in a month, so that’s been a good distraction from any heaviness on the unit. She actually met her fiancé when he worked on the same unit as a nurse. He now works for Indiana Donor Network.

And if planning a wedding isn’t enough, the two are also building a house. To relieve stress, Wilcoxson likes to run and hang out with her family’s Golden Retrievers. She can tell you that hugging dogs is guaranteed to melt away worries.

As a nurse for two years, Wilcoxson has already collected a Red Shoe nomination and a Daisy Award. The family of a young heart patient nominated her for the Daisy after he underwent his first surgery for hypoplastic left heart syndrome last year.

“Emily is such a blessing,” said Dorie Ann Medler, mother of 8-month-old Josiah. “She is an exceptional nurse. When things are stressful, which they usually are with heart kids, Emily always keeps her composure and makes sure the right things are done.”

She is also a strong support system for parents, Medler said. “Her big smile is always something we look forward to seeing when we have to go to Riley. My baby boy smiles every time he sees his Emily.” 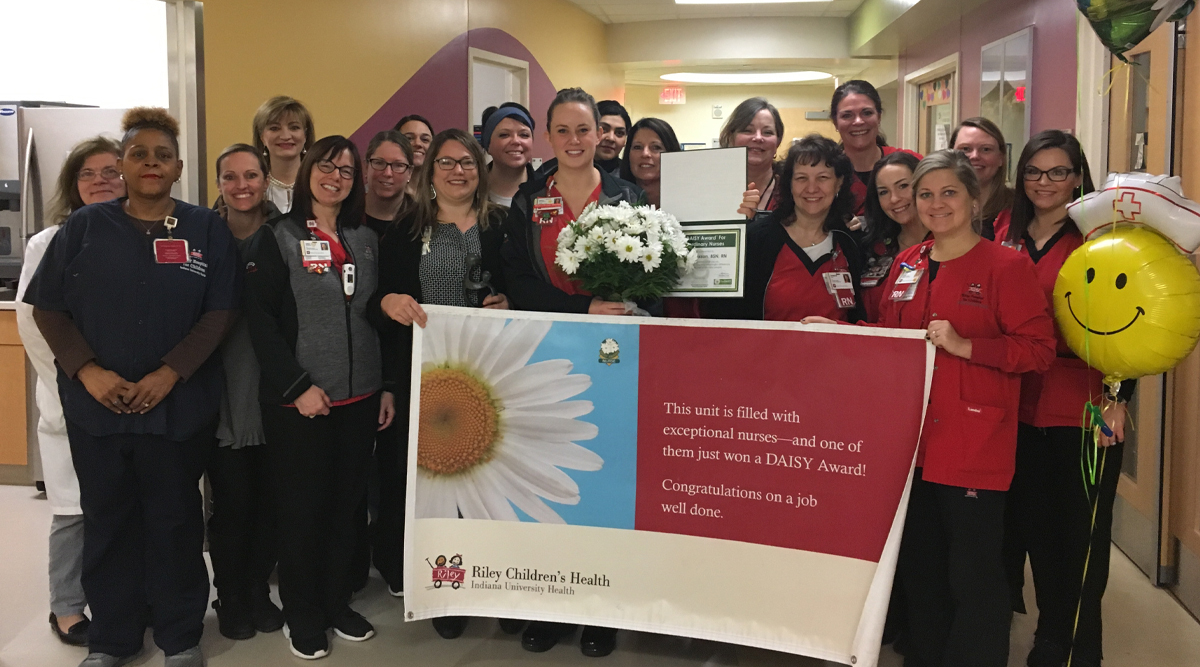 Wilcoxson, who has cared for patients as old as 50 to those as young as just a few hours, marvels at her young patients’ resiliency. They don’t know better than to get better, she said.

“They just want to eat and play, and they maintain their joy even in awful times.”

Sydney Deaver is another of the many patients who have touched the young nurse’s heart. The infant was hospitalized for five months – waiting for and then recovering from a heart transplant. She went home two weeks ago.

“She had the best smile even when things were kind of scary,” Wilcoxson said.

Sydney’s mom, Ashley, said Wilcoxson was a constant presence in her baby’s life much of the time that she was hospitalized. So much so that the family has said Sydney will know her as Auntie Emily as she grows up.

How to manage kids' screen time