“He takes care of Avery like he was his own child”

Riley physician develops a special bond with his patients, particularly one little boy who has multiple complex problems but remains upbeat.

From the day he was born seven years ago, Avery Brown has had to fight.

It has taken a determined mom and many compassionate doctors to help him through those battles.

But one physician stands out, not just for his medical expertise but for the relationship he has forged with his young patient.

Dr. William E. Bennett, a pediatric gastroenterologist at Riley Hospital for Children at IU Health, met up with Avery and his mom, Brittany, in the Simon Family Tower lobby at Riley last week.

Avery had been at Riley for several appointments the previous day, but he and his mom returned to say hi to Dr. Bennett after spending time with family and before heading back home to New Paris, Indiana, about three hours north of Indianapolis.

“I’ve been taking care of him since he was a baby,” Dr. Bennett said. “He’s definitely my cutest patient.”

He might say that about all his patients, just like he teases his four kids at home, but Avery is indeed special, the physician said.

“He has a lot of complex things going on, but one awesome thing about Avery is he’s always had a really good attitude,” Dr. Bennett said as the boy hugged a statue of former Riley physician-in-chief Richard Schreiner in the Riley lobby, before moving on to sit next to a statue of Hoosier poet James Whitcomb Riley, the hospital’s namesake.

“He has always been really brave about all the stuff we put him through. That makes a big difference. And he has a good relationship with all of his doctors,” Dr. Bennett said.

When Avery was born in northern Indiana, six to seven weeks before his due date, he wasn’t breathing, his mom said. Once his respiratory emergency was under control, he was transferred to a Fort Wayne hospital, where he remained in the NICU for about a month.

During that time, he suffered several episodes of rapid heart rate and had a hole in his heart that resolved on its own in time.

Avery was discharged, but his problems were just beginning. He was referred to Riley for failure to thrive, which was directly related to another problem he was having – cyclic vomiting.

The newborn was vomiting multiple times every day, barely able to keep anything in his stomach. An older brother, 2 at the time, had the same condition, though not quite as severe, and had a feeding tube.

Avery was in and out of the hospital much of that first year of life. But at about 14 months, an MRI ordered by Dr. Bennett finally offered a whisper of an answer: obstructive hydrocephalus.

The disorder is a blockage that prevents the flow of cerebrospinal fluid between ventricles in the brain. As Dr. Bennett explains, there are as many nerves in the gastrointestinal tract as there are in the spinal cord and numerous connections between the brain and the GI tract. Basically, Avery was suffering from migraines of the head and stomach, his mom said.

The MRI indicated increased intracranial pressure, which required surgery to place a shunt in Avery’s brain to drain off excess fluid.

“Dr. Bennett has been such a huge blessing,” Brittany Brown said, while physician and patient chatted in the background seated at a piano. “We’d been through every test possible, and no one could diagnose him. He was not developing, he was getting worse, vomiting mass amounts all the time.”

It went on for months, she said, but it felt like years.

Until that diagnosis and the surgery that followed.

“That was a huge piece to Avery’s care,” she said.

The build-up of fluid in his brain before the shunt was placed resulted in some developmental delays, mostly memory and retention issues, Brittany said. She and her husband, Alan, who have three other children, used sign language with Avery for the first two years of his life, but after he got tubes in his ears and had speech therapy, he picked up language quickly.

The second-grader, who also suffers from asthma and epilepsy, has “silent seizures” and migraines that can make school difficult.

“It’s been one thing after another,” Brittany said. “It’s been a long seven years for him and for me.”

That’s why the relationship with Dr. Bennett and the rest of Avery’s team, which includes neurology, developmental peds, psychiatry, neuropsychology, ophthalmology, sleep medicine, hematology, pulmonology, dental and genetics, is so important.

“We keep as many specialists as we can at Riley,” Brittany said. “Having as many people under one roof as possible is definitely beneficial. And we think so highly of Dr. Bennett. It feels like he has become family, and he takes care of Avery like he was his own child.”

FOCUS ON THE PATIENT

Being a physician is a two-way street, Dr. Bennett says, something he has taken more to heart as he has gained experience.

“A lot of people see healthcare as this one-directional thing – you go to the doctor and they provide a service. I’ve found that I like my job a lot more if I’m getting feedback from patients and families that what I’m doing matters to them,” he said. “That motivates you to work hard, to focus on what they need rather than what the last patient needed.”

Avery is an example of a patient who requires a care team who thinks outside the box to keep his symptoms under control, the doctor said.

“He’s a complex little boy, but I think we’ve made a lot of progress with lots of different things and kept him from having to have more surgeries, more procedures. He’s been doing relatively well the past couple of years.”

His combination of problems is unique enough that it’s hard to know what the next year or the next five years will bring, the physician said. But getting his vomiting under control with weekly IV fluid infusions at a hospital closer to home has made a big difference by reducing trips to the emergency department for dehydration.

Meanwhile, Avery continues to live an active life, his mom said. He loves swimming and sports – participating in basketball camps and flag football – and he gets a kick out of riding ATVs with his siblings.

“Avery is full of life. He does not let his medical stuff hold him back,” Brittany said. “Sometimes I have to be the mean mom and say you can’t do that, but he doesn’t have a lot of restrictions.”

And that’s the whole point of his treatment, Dr. Bennett said. “The goal of all of this is so he’ll have a great quality of life.”

It’s something the physician keeps in mind with all of his patients. But to do that, he needs to know them as individuals.

“You can’t meet with someone one time and understand what their needs are,” he said. “You have to develop a relationship.”

That’s why he listened closely to Brittany’s concerns when she told him years ago that something was not right with her son. Although skeptical, he ordered that MRI that gave them some answers.

“As doctors, we can learn from that,” he said. “If mom is really worried, sometimes it’s OK to reassure her, but a lot of times you have to say I’m going to dive deeper into this to see what’s going on. That’s where building a relationship helps. I need to trust her opinion.

“We know the disease process, and she knows her son,” he added. “That makes it more of a partnership, when you approach it like that. If you put that together, it results in the best outcomes.”

Physicians like Dr. Bennett are what get Brittany and Alan through the tough days.

“It’s exhausting, but it helps having that connection and being able to know without a doubt that Avery is going to get whatever care he needs,” Brittany said. “Having a good team of doctors has made all the difference in the world.” 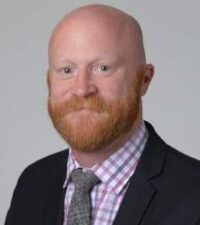