Only about 10 of the transplants are performed each year nationally, many on adults. Joshua Adkinson, M.D., felt it was just the procedure needed to help a young boy regain use of his hand.

A remarkable, first-of-its-kind surgery at Riley Hospital for Children at IU Health was recently performed – removing the big toe from a boy’s foot and attaching it to his hand, contouring and whittling the toe down to look like, and be used as, a thumb.

The transplant, performed by Joshua Adkinson, M.D., a plastic surgeon at Riley, sounds like a story line from a dramatic medical show.

But it isn’t. It’s real life. We recently sat down with Dr. Adkinson to learn more about this extraordinary surgery. 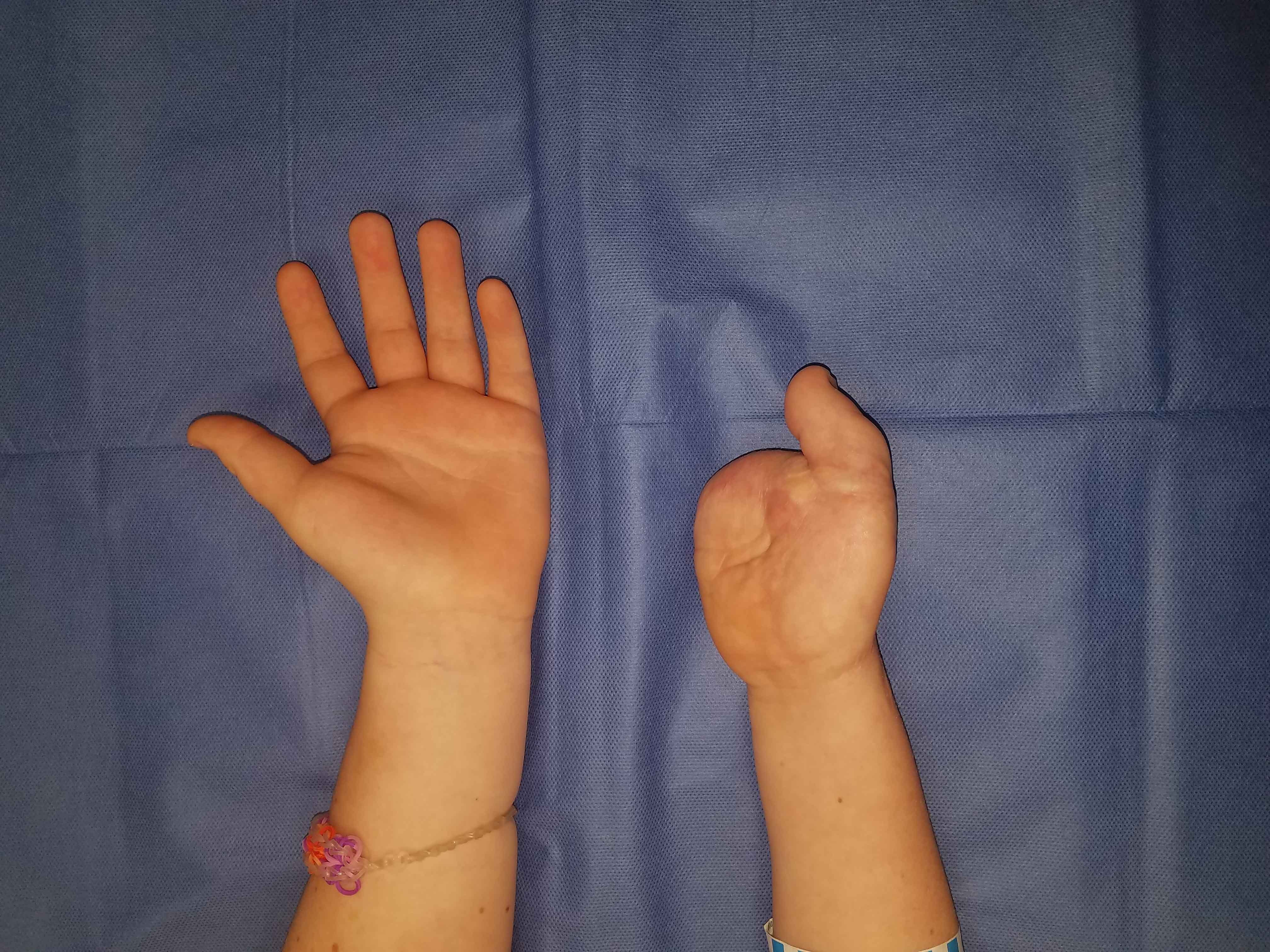 Dr. Adkinson’s patient was a young boy who had lost all his fingers on his right hand in an accident. When Dr. Adkinson first saw the boy, the skin overlying the bone on his hand was extremely thin. To provide padding over the bone, Dr. Adkinson took skin from the boy’s groin and sutured it to his hand. Over a period of three weeks, the skin grew into the hand and blood vessels grew as well. Dr. Adkinson then divided the skin on the hand from the skin on the groin. He used the new skin and fat on the boy’s hand to cover the bone and keep it from poking through.

“That solved the coverage standpoint,” Dr. Adkinson says, “but it didn’t provide him any function.”

Three months later, it was time to perform Riley’s first toe-to-thumb transplant. Dr. Adkinson took the boy to the operating room and re-contoured his hand. He then took the big toe from his right foot and attached it to his hand, where his thumb would be.

The surgery is extremely complicated. It’s not simply a graft, because a graft wouldn’t bring blood supply. This was a microvascular transfer, which reconnects blood vessels.

“A finger or a toe has so many components to it, it can’t survive without direct blood flow in and out,” Dr. Adkinson says.

The transplant, which took about seven hours, involved finding the arteries, veins, nerves and tendons and reconnecting them all.

“He has to have sensation,” Dr. Adkinson says. “Otherwise, it’s not very useful.”

The transplant was a success and the boy spent about a week at Riley after the surgery. His toe (now thumb) will continue to grow with him. All the growth plates are still in tact. And losing the toe won’t affect him long term, Dr. Adkinson says.

“As long as you leave the ball of the foot and the base of the big toe, people still have balance and the same gait,” he says.

The surgery gave the boy a way to grasp with his right hand. The plan is to do a second surgery, using another toe as a finger so the boy can pinch and have even more use of his hand.

Remarkably, this wasn’t Dr. Adkinson’s only toe-to-thumb transplant in the past year. After he performed the surgery on the boy, he did one on an adult.