Marcos Collado: “The crucible of suffering has a way of testing the essence of a person’s spirit. Being present with people in those times, wrestling with really hard questions about life, that’s what really drew me in to chaplaincy.”

Marcos Collado had an uneasy relationship with God as a youth. He grew up in a charismatic faith tradition that emphasized the powerful and punitive ways of the Almighty.

He had no plans to pursue a career in ministry, but when someone in his church suggested he was born for that role, he wondered if God would be angry with him if he turned away from the idea.

As valedictorian of his high school class, he had no idea what he wanted to study. He eventually settled on psychology in college, figuring he might want to become a school psychologist.

But the more he thought about the ministry and the more time he spent with God, the more his heart opened to the idea.

Today, Collado is the new chaplain manager at Riley Hospital for Children at IU Health, overseeing the work of three full-time Riley chaplains, as well as resident chaplains and fellows.

It’s a vocation he loves, even more now that he has grown into it.

“I would love to tell you the heavens opened up and all of a sudden I realized this was the path I needed to take because I was going to be fulfilled, but no,” he says, with disarming honesty. “What came along with my faith tradition was, ‘You better do what God says or else.’ ”

For Collado, a native of Puerto Rico who moved to Florida when he was 9, it is humbling to admit that he initially went into ministry out of fear. But his relationship with God is completely different now.

“Oh yes, but it didn’t happen overnight,” he said. “What really did it for me was when I had children. I was holding my firstborn, my daughter, and I realized there was nothing in this world I wanted more than to bless her and love her. I could not imagine anything she could do that would cause me to stop loving her.”

Sure, he might be upset with her someday. She might disappoint him along the way. But to cast her aside forever? He couldn’t see that.

And, he reasoned, God wouldn’t do that to him.

That lightbulb moment would influence his path forward.

Collado came to Indianapolis to attend Christian Theological Seminary, where he received his master of divinity degree. It was during his time in seminary that he completed a unit on clinical pastoral education, spending hundreds of hours in the hospital setting training with a chaplain.

“I had a cohort I reflected with, and we challenged one another. That’s when I realized that it was a safe space where I could openly acknowledge that I no longer believed the things that I grew up believing.”

And he learned something else. He was pretty good at this chaplain business.

Meeting one-on-one with patients and families in the hospital was not only eye-opening, it was validating in a way.

“There is something about suffering and illness that makes people’s pretenses fall away,” he said. “The crucible of suffering has a way of testing the essence of a person’s spirit. Being present with people in those times, wrestling with really hard questions about life, that’s what really drew me in to chaplaincy.”

Collado, 38, joined IU Health in 2009, where he started as a chaplain resident. Most recently, he served as senior pastoral educator at the Academic Health Center for three years, supervising the clinical work of interns, residents and chaplain fellows.

While he enjoyed the challenge of training future chaplains, as well as students who would go on to parish ministry, he felt somewhat removed from the day-to-day struggles and joys that come along in healthcare.

So he traded in his office with a window overlooking Capitol Avenue at IU Health Methodist Hospital for an office in the basement of the Riley Outpatient Center parking garage. He laughs about the irony, saying his chaplain team brings in all the light he needs.

Yet working under the constraints of COVID-19 – with all the related fears and anxieties – has been challenging even for those with the sunniest personalities.

“It changed how we worked,” Collado acknowledged. “So much of chaplaincy and spiritual care has been done in person, so you are looking at people’s eyes, listening to their tone of voice, holding their hand when they are terrified about a surgery. Even the energy you pick up in a space can tell you if somebody is full of grief or in utter despair or sadness. That can be difficult to pick up virtually,” he said.

Finding alternative ways of connecting via iPads and FaceTime and creating a space where people feel safe, heard, validated and understood has been challenging, but not impossible.

For now, the team has had to adjust its expectations and focus on doing what they can within the limits of safety protocols.

“For us, it’s about learning and growing a new set of eyes and appreciating the ways we are connecting,” he said. “There are ways even through FaceTime and Zoom now that you can get a pretty clear view of the person’s face so you can pick up subtleties and changes in people’s nonverbal cues. You might notice tears in the eyes or see someone look down when they are talking.” 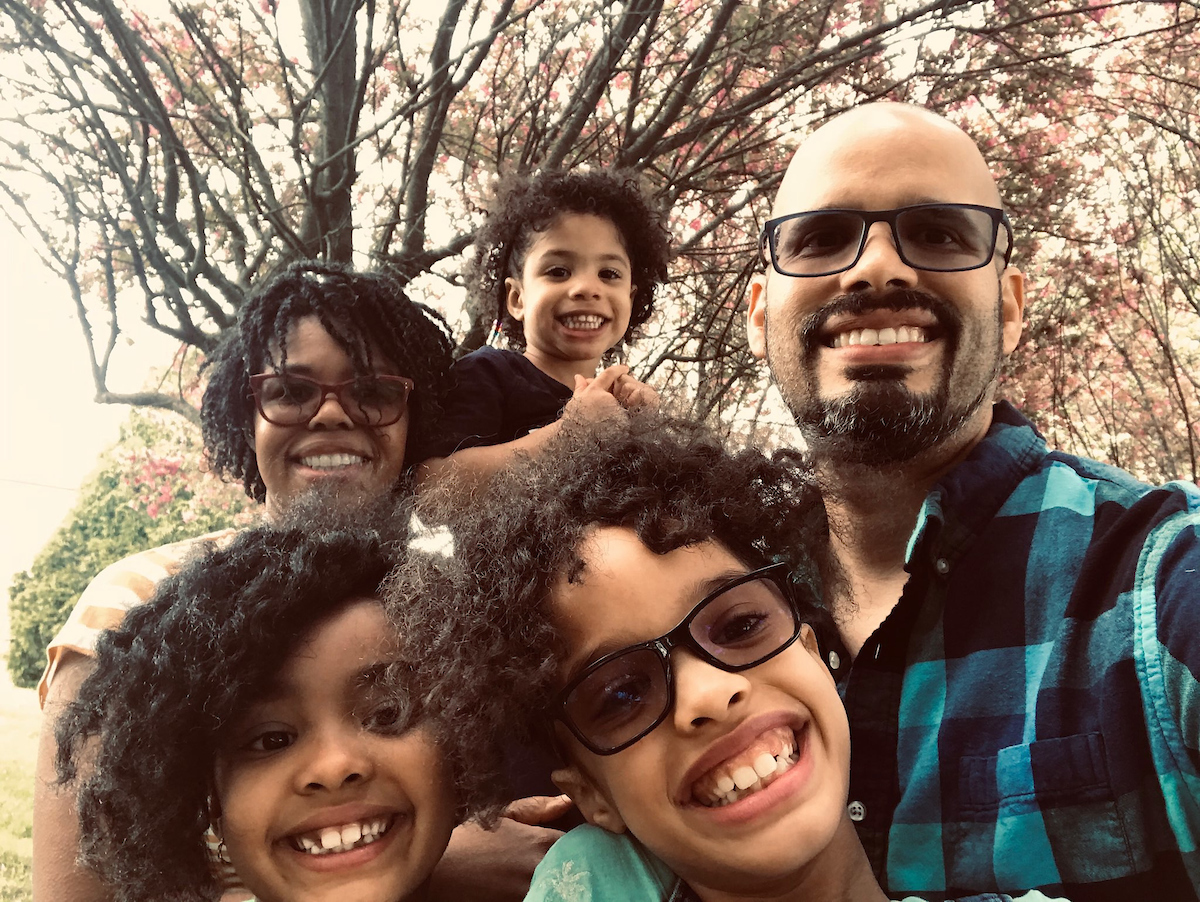 As a chaplain in a children’s hospital, a husband and father of three young children himself, Collado knows well the struggles parents face when they hear bad news.

While it may seem like a theological question, it’s really a statement of their feelings and the depth of their love, Collado said. So he does not attempt to “fix” them in this moment.

“What I can say is: ‘I can see that this is overwhelming to you. God does not seem to be anywhere near you right now, and you feel abandoned.’ There’s no answer that will take away that pain,” he adds. “So what you do is you witness it: ‘I see you, I see how much you loved your son, I see how angry you are.’ It’s about seeing people.”

All of this is to say that people don’t need a silver lining in their darkest hours, Collado said.

“They just need you to understand, to feel what they feel as much as you can. Usually people will find the strength then to take a step forward.”