After the flames, athlete digs deep to get back on the court

“They pushed me when I didn’t even want to walk somedays,” Brie Miller says of her rehab team. “They made me do it and get through it. I wouldn’t be where I am today without them.”

Brie Miller is made of strong stuff. A fierce competitor on the basketball and volleyball court, she’s not one to let an injury get her down.

So when her mom picked up the phone to hear her teenage daughter screaming and crying in pain one day, she knew something was desperately wrong.

“All I knew was she was hurt,” Erin Miller said. “It took 10 minutes for her to get out that she was burned.”

Brie’s mom was 25 miles away at her home near Greencastle, Indiana, about to head to work. Her daughter was at her dad’s house on that July day last year. Her father was gone, and Brie was making mozzarella sticks in hot oil on the stove when her mom says she turned the heat up too high, and the pan caught fire.

She panicked, afraid a shelf above the stove would also burst into flames, so she grabbed an oven mitt, opened the sliding glass door off the kitchen and tried to dump the burning oil outside.

It splashed back onto her arm, she dropped the pan, and hot oil ran down her leg from her knee to her toes.

The oven mitt saved her right hand from burns that day, but she suffered severe burns on her right arm, leg and foot.

Erin Miller got to her daughter before the ambulance did, and together with a friend who is a nurse, took her to a nearby Hendricks County hospital where she received emergency treatment before being transferred to Riley Hospital for Children.

Dr. Brett Hartman, medical director of the Riley Burn Unit, said burns like Brie’s are all too common. The best thing to do in the event of a fire on the stovetop is to cut off the oxygen to the fire – put a lid over the pan and turn off the heat.

In treating the teen, he was able to remove a small flap of healthy skin the size of a credit card from her inner thigh to create “spray-on skin.” Cells from the healthy skin are dissolved with an enzyme, creating a solution that can be sprayed over the burned area, regenerating the skin.

“He was able to cover her whole foot, leg and arm with that,” Erin Miller said. “She only had to have one surgery, so it was the best possible outcome. The whole team was so amazing.”

Brie’s state of mind early in her treatment was not the best, she freely admits.

While the pain was “unimaginable,” the hardest part of the experience, she said, was getting in the right mindset to face the challenge ahead.

She had goals. She was going into her senior year at South Putnam High School, and she wanted to compete in the sports she loves.

When doctors told her she might miss the opening of volleyball season, “she’s like, this is not acceptable to me,” her mom recalls. “What do I need to do,” she asked her care team.

Work hard, they answered. And she did.

“They helped me tremendously. I wouldn’t have played my first volleyball game if it wasn’t for all the nurses and therapists who helped me along the way,” Brie said.

“They pushed me when I didn’t even want to walk somedays. They made me do it and get through it. I wouldn’t be where I am today without them.”

NO PAIN, NO GAIN

As a nurse in the burn unit, Angela Seitz sees a lot of patients, but Brie was different – an outstanding patient and person, she said.

“She was always wearing a smile. She was a patient whose motivation was remarkable. She had goals and she was going to get them accomplished, no matter what,” Seitz said.

“Brie had an awesome attitude and was willing to do what she needed to get better. Obviously, you can see that same remarkable attitude with her sports. No pain, no gain.”

A month after the accident, Brie was back on the sidelines with her volleyball team. She made her 1,000th kill on the court Sept. 16th – a triumph she had dreamed about since she was a freshman.

And just last month, she achieved another goal, scoring her 1,000th point on the basketball court Jan. 22.

“She’s a strong girl,” her mom said. “There’s no way I could have done what she did.”

That includes the debridement treatments to remove dead tissue that burn survivors must endure. Brie told her mom that it would be best if she wasn’t in the room to see those.

“The gruesome part of it doesn’t bother me,” Miller said. “But seeing someone so strong and strong-willed – to see her have to go through that much pain …”

Well, it’s hard on a mama’s heart, that’s for sure. But seeing how the burn team rallied around Brie and cheered her on was amazing, she said, adding that she hopes she and her daughter can reunite with the team to show their appreciation at some point.

A LESSON IN KINDNESS

Today, Brie says she has no pain. If you ask her mom, she wonders.

“She still has itching and tightness on the top of her foot, but I don’t know if she’d let me know if she was in pain,” Miller said. “When you go through something that painful, does anything hurt you anymore?”

What can hurt are the emotional scars, the sideways glances and comments from other people, Brie acknowledges, but she refuses to let that get her down.

Her advice is a good lesson for all of us: “Be kind to other people. You just never know what they’re going through.” 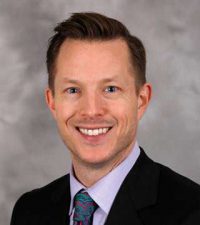