After a rough year, her dream is to meet Taylor Swift

Maddie Whitesel takes her mind off her medical challenges by focusing on the music of her idol.

She’s just 4-foot-3, a whisper over 73 pounds and a die-hard Taylor Swift fan – a Swiftie.

Maddie Whitesel has had one heck of a year. Now 19, she nearly died at a Fort Wayne hospital when she went into cardiac arrest after surgery on Easter weekend last April.

The diminutive teen suffers from severe scoliosis (curvature of the spine) and neurofibromatosis type 1 (a genetic condition that can cause bone deformities and noncancerous tumors to form in the brain, spinal cord and nerves).

Doctors can’t say with certainty, but it’s likely that one or both of those conditions contributed to her troubles last spring.

She was hospitalized with severe stomach pain on a Friday night and underwent exploratory surgery and a bowel resection. Surgeons found her colon twisted and purple, her mom said, so they removed the decaying part and patched her back up.

Maddie was on a ventilator to help her breathe after the surgery when she went into cardiac arrest.

Her parents, Kat and Cory Whitesel, rushed back to the hospital, where Maddie was eventually stabilized, though resuscitation efforts resulted in her suffering broken ribs. Not long after her parents returned home, they received a call that Maddie was headed back into surgery to stop internal bleeding. Eventually, surgeons had to remove most of her small intestine.

Maddie was so ill that doctors determined she would be better off at Riley Hospital for Children, so she was LifeLined to Indianapolis on April 5. She would spend the next two months at Riley, where she suffered kidney failure and a host of other complications.

Among her care team at Riley was surgeon Dr. Brian Gray, who describes her as “an inspiring kid,” and gastroenterologist Dr. Kanika Puri, who remembers a very sick young lady.

“She has come a really long way,” Dr. Puri said, adding that Maddie’s scoliosis and earlier surgeries to correct that condition likely contributed to her intestinal problems.

Today, doctor and patient are together again at Riley for a checkup, and Maddie is sporting one of her favorite Taylor Swift T-shirts. Around her neck is a special key – a vault key, she says – that gives her access to more of Taylor’s music.

“I’m a die-hard Swiftie,” she says, tracing her fangirl status back a decade or more.

That was right about the time she had her first scoliosis surgery at another hospital, a procedure that was unsuccessful.

She is a member of Taylor Nation – the artist’s fan club – and has her own fan page on TikTok with more than 6,000 followers, along with a room full of Taylor merchandise.

“Obsessed” is an understatement, her dad says with a laugh.

Obsession or not, it brings her joy and helps her deal with her medical challenges, she says. Her mom agrees, noting how the Riley nurses – “rockstars” she calls them – played Taylor’s music for their patient to keep her calm during many dark days and nights.

“Maddie is one strong girl,” Dr. Puri said. “She has endured a lot throughout her life and more so during the past year.”

Maddie shrugs off her medical conditions; she is used to regular hospital and doctor visits. But when she talks about dreams and goals, two stand out: She wants to gain weight, eventually reaching 100 pounds, and she wants to meet Taylor Swift – but not necessarily in that order.

Her biggest thrill to date was attending a Taylor Swift concert in Indianapolis with her mom in 2018. And they weren’t up in the rafters. They had floor seats.

“I wish I could go back and do it again,” Maddie said.

Maddie and her dad drove down to Riley from Fort Wayne early on a Thursday morning to see Dr. Puri. Kat couldn’t be there in person for the visit, so she attended virtually by way of Maddie’s phone.

Also on hand were a Riley pharmacist and nutritionist. Everyone wants to know how she is eating and taking her meds. Her labs look good, her kidneys have recovered, and the central line where she receives TPN supplementary nutrition is fine, Dr. Puri said.

But her weight gain has stalled, so the GI doctor wants her to keep a food diary to better understand what she is eating and how many calories she is taking in.

“I want to be able to decrease the TPN, but I don’t want you to start losing,” Dr. Puri told Maddie.

The teen can eat normally – her favorite foods are chicken, enchiladas and ice cream – but absorbing enough nutrients when dealing with “short gut syndrome” can be difficult. That’s why she receives supplemental nutrition.

Life for Maddie is pretty normal, her mom says, now that she has weaned herself off extra oxygen and regained enough strength to walk on her own.

In fact, her high school graduation was the day after she left Riley last June, and Maddie accepted her diploma while leaning on a teacher for support.

It was a nice moment, Maddie said, after acknowledging that she felt “invisible” during most of her high school career.

“I was proud of myself for getting up there,” she said. “I wasn’t really expecting people to clap and cheer.”

Her daughter is a pretty positive person, despite her hardships, Kat said.

“She’s always been that way. She’s a big fighter with all she’s been through.”

Maddie’s education and career goals are undefined at this point, but ask her what her dream job would be and she doesn’t miss a beat. 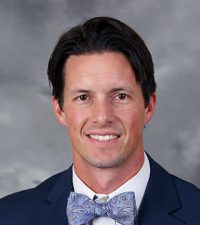 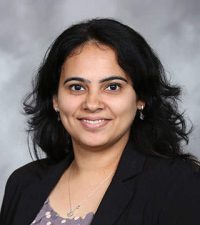