Born days after 9/11, Brianna Brooks was so tiny her mother didn’t think she would survive. Now that little girl is about to celebrate her 18th birthday.

On Sept. 15, 2001, a tiny baby was born in Indianapolis. Too tiny to survive, her mother thought. 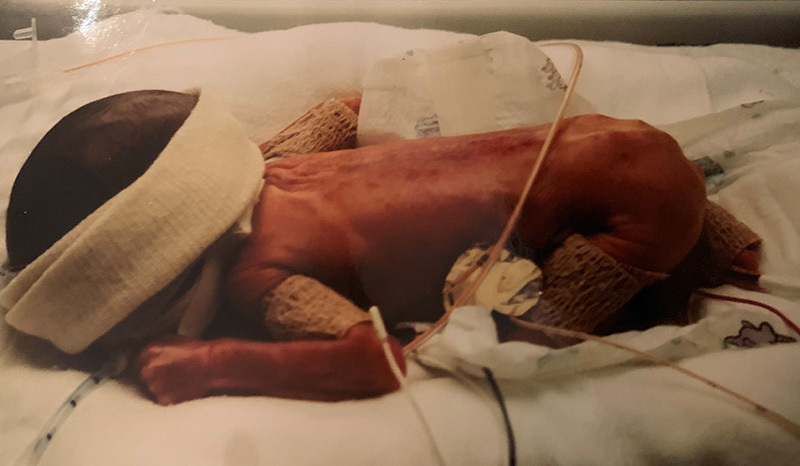 Brianna Brooks weighed 1 pound, 3½ ounces when she was born at IU Hospital, now known as IU Health University Hospital. She was delivered by emergency C-section at just 24 weeks.

This was Carla and David Brooks’ first child.

A doctor told them their daughter had less than a 10 percent chance of living, and if she did, she would be brain-damaged, Carla recalled. 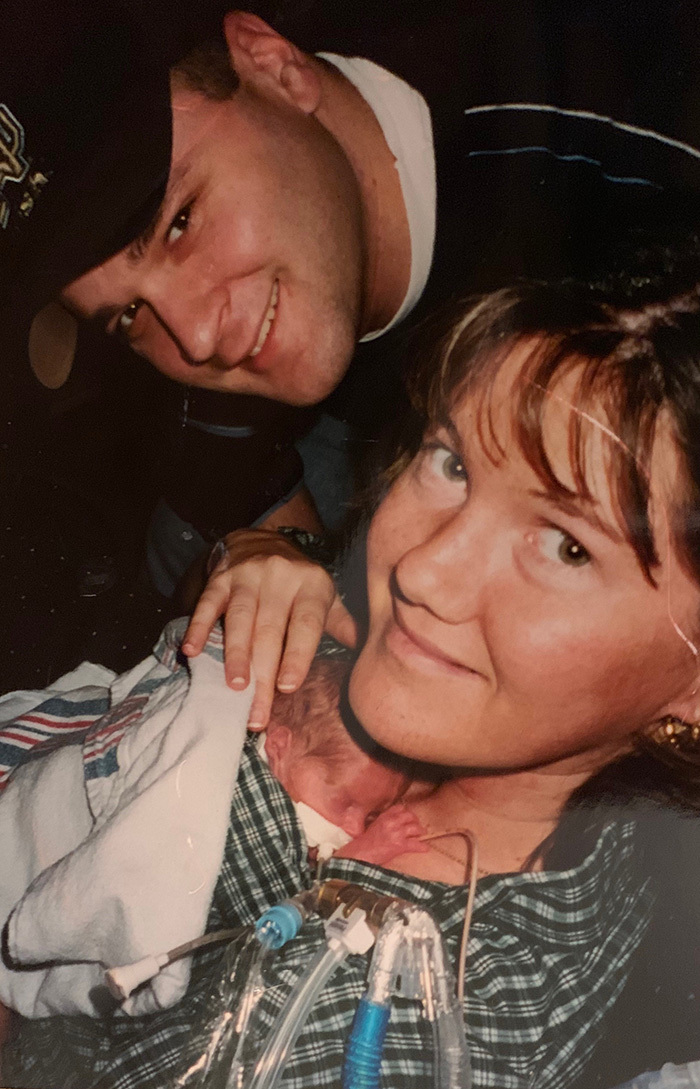 Carla didn’t like those odds, so she decided to guard her heart in those early days, reluctant to bond with her baby.

This was nearly 18 years ago, so many of the advances in medicine available to pre-term babies today were not an option in 2001.

After the birth, mother and daughter met briefly in the hall from their respective hospital beds.

“They were wheeling her to Riley, and I met them in the hallway and stuck my finger in the incubator and touched her hand,” Carla said. “That was the last time I saw her for three days.”

“I WASN’T SURE I WANTED TO SEE HER”

While Carla recovered at University, her daughter began her uphill battle for life over at Riley Hospital for Children.

Longtime NICU nurse Deb Hutchison was Brianna’s admitting nurse and became a lifeline for the young family. She sent pictures of Brianna over to Carla in her hospital room, but when Carla’s husband, David, would try to show them to her, she didn’t want to look.

“I wasn’t sure I wanted to see her because I wasn’t expecting her to live.” 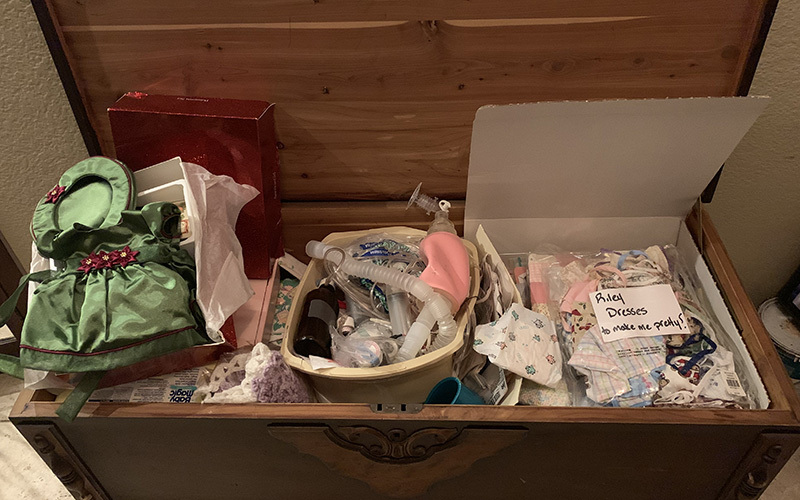 Carla Brooks is sharing this story from her home in Florida while her daughter is also on the line. Brianna Brooks is now a senior in high school and will celebrate her 18th birthday next month.

She’s heard all of this before, she said, so it doesn’t faze her.

Carla manages a candy store in Port Charlotte, Florida, where her daughter also works, and Brianna has been known to roll her eyes when her mom starts talking about her. But lately she has decided to embrace that part of her story, perhaps because she realizes it will help her in her chosen career path as a NICU nurse herself.

The first time Carla really saw her baby, she was frightened. Her husband guided her into module 2 of the old NICU at Riley, where half a dozen babies were lined up in incubators.

“I almost felt like I went to another world,” she said. “I never knew that babies were ever that small or that there would be so many of them in one area.”

When she laid eyes on Brianna, she was shocked. The 1-pound baby reminded her of a wounded bird, she said. She sat down and cried, while a nurse rubbed her shoulders and told her about her daughter.

The nurse told her she would grow and develop, but Carla didn’t believe it.

As a NICU nurse, Hutchison had seen that kind of fear before.

“Everybody’s afraid when they see that small of an infant,” she said.

To overcome that, she and the other nurses first give parents time to be afraid and then start involving them more in their child’s care.

“We tell them how important it is to the baby, and mothers respond to that,” she said.

The 4½ months that Brianna spent in the hospital were filled with highs and lows. In the beginning, the family would celebrate her birthday every week with a cake brought in by Carla’s mother.

As she grew, they began celebrating monthly. When she suffered kidney failure and staff wanted to call in the chaplain, Carla feared it would signal that she was giving up. Soon after, Brianna filled her little diaper after a long dry spell, and that was cause for a big celebration.

For Halloween, they dressed her in a baby doll’s ballerina outfit and took photos. They decorated her incubator for Christmas and bought her an “itty bitty” American Girl doll dress of green taffeta. With the nurses’ help, they staged a little photo shoot in the NICU. 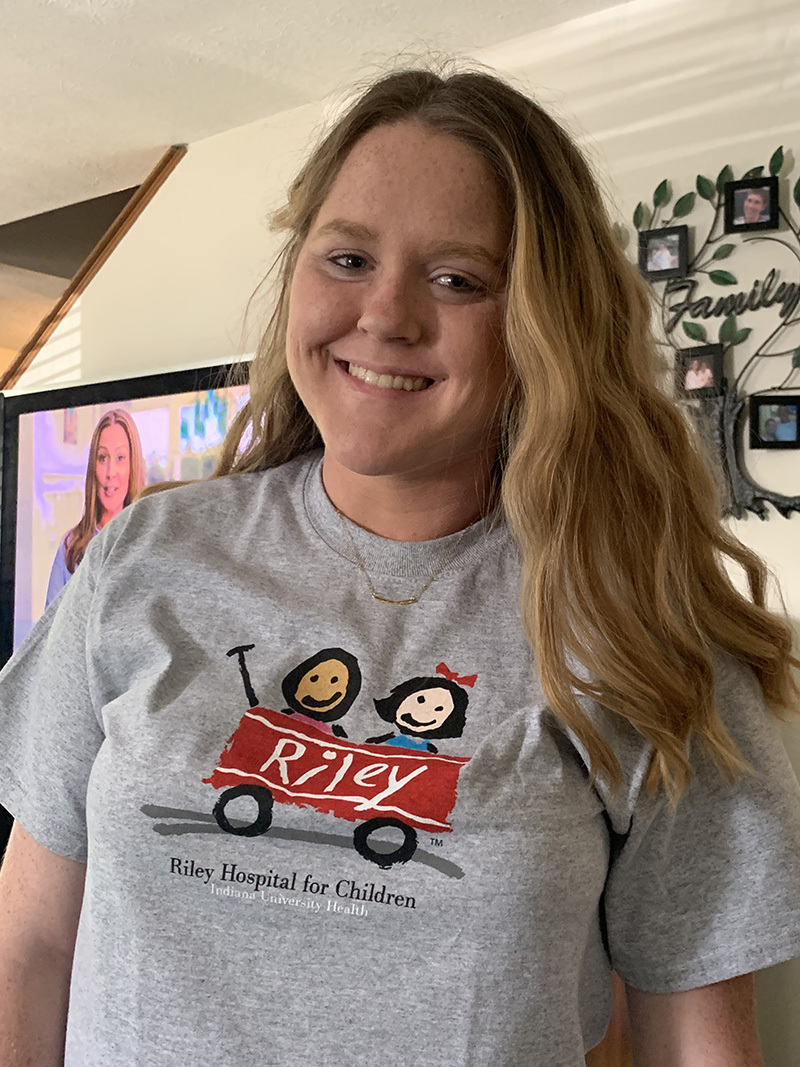 Carla still has those pictures. In fact, she said she has every piece of paper, every note, every memento from her daughter’s hospital stay. She keeps it all in a hope chest at home in Florida, where the family moved when Brianna was 2 years old.

They’ve maintained contact with many of the nurses who were instrumental in caring for Brianna, including Hutchison.

“Deb is an amazing blessing to our family,” Carla said. “On my lowest days, she was always there to pick me up.”

When they returned to Indiana for a visit with family last month, they met up with Hutchison and took a tour of Riley.

Brianna, who decided at age 8 that she wants to be a nurse at Riley, fell in love with the hospital even more. She plans to attend college in Columbus, Indiana, where she still has family, then get a job as a neonatal nurse at Riley.

“I want to give babies and families the chance I had,” the teen said. “I think it’s amazing what Deb and the other nurses did for my family, and I want to give that back to someone.”

She was so inspired by Hutchison, whom she has met several times over the years, that she wrote about her for a school assignment.

The topic: Who was the first person to give you encouragement?