After collecting data for weeks, a device implanted in a Fishers teen’s brain now is ready to do its job of heading off epileptic seizures before they start.

Addison Lynch looked like she could have done without all the attention.

With a stocking cap on her head, the 16-year-old sat on an exam table at the Riley Outpatient Center in mid-March while a team of medical folks looked at scans of her brain on a small computer, and a photographer captured images as they talked.

When Dr. Lisa Smith came into the room, she laughed and said, “She travels with her own paparazzi!”

Dr. Smith, a neurologist at Riley Hospital for Children at IU Health, was there to examine Addison four weeks after the teen underwent surgery to implant a “pacemaker” in her brain.

This appointment was to review data that the device recorded, indicating if and when Addison suffered an epileptic seizure. But that was just the beginning. The real point of the visit was to activate the stimulation part of the device so it not only recognizes seizures before they strike, but sends a signal to the brain to stop them in their tracks.

Neurosurgeon Dr. Jeffrey Raskin implanted the therapeutic device, called a responsive neuro stimulator (RNS), with assist from a trial robot back in February. Electrodes in the brain attach to a battery pack that lives inside the skull. It can then recognize patterns of activity and head off potential seizures.

The goal is to offer a therapy to reduce or eliminate her seizures that doesn’t require the heavy regimen of medications she has been taking.

With Addison at this appointment is her mom, Lesley Watson, who has watched her daughter struggle with seizures for half of the young girl’s life. On this day, she is hopeful. She wants what her daughter wants – a future free from seizures and from heavy medication.

“Heart-wrenching” is how Watson describes the feeling of waiting and watching for her daughter’s seizures. Since the RNS device was implanted in Addison’s skull, Watson has been logging the times when her daughter’s brain appears to switch off for 30 to 60 seconds at a time.

“I would come in and notice she was out of it, and each time she said she was doing something or watching something but didn’t remember what,” Watson said.

As Dr. Smith turned her attention to Addison, she had her perform a series of routine movements to check her balance, coordination and strength. Next she checked the incision in her head, which is hardly noticeable amid the teen’s long auburn hair.

“I’m actually really surprised my hair is growing back,” Addison told the doctor, adding that the wound itches but doesn’t hurt. In fact, she was taking only ibuprofen the day after she got home following surgery, her mom said.

“What’s going to happen now is we’re going to program the device so it starts treating the seizures,” Dr. Smith said. “This little device in your head, when it sees a certain activity in the brain, it’s going to give a little zap to it so you don’t have these seizures.”

It all sounds good to Addison, a Fishers sophomore, who says she can’t tell when one is coming on. That’s a problem because someday she would like to get her driver’s license so she can visit her grandpa in Florida.

“I want to see her seizure-free for at least six months,” Dr. Smith said. “I think we can get to that point, then I’ll give her the all clear. But I think you need to take your neurologist to Florida with you,” she joked.

She recognizes, of course, that for her patient, this therapy offers the promise of a better life.

Relying on parental reporting and patient reporting of seizures is less than ideal, she said.

“Now, the device is watching her all the time and picking up seizures she doesn’t even know she’s having.”

After the RNS was officially “turned on” via a computer, Dr. Raskin stopped in to have a look at his patient, eager to know that his work in surgery would pay off for this young girl.

“We’re through the immediate post-surgical phase without any problems, but as a surgeon I don’t stop worrying until six months after the device is implanted,” he said. “As we move from sensing phase to sensing and stimulating phase, that’s really exciting. It will be better when we know that it is effective.”

He and Dr. Smith will get updates periodically over the next three months before Addison returns for a follow-up appointment.

“We’ll do the same thing to make sure the plan is working,” Dr. Smith said. “We should see a reduction in not just seizures but in long episodes of pre-seizure. We should be on the right track, and if not we’ll make adjustments.”

Watson reports that everything is going smoothly three weeks after the brain pacemaker was turned on.

“Addison is doing very well. She went back to school in person last week and so far the device is working.” 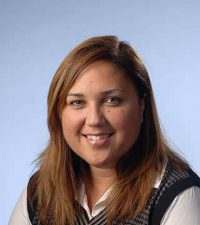