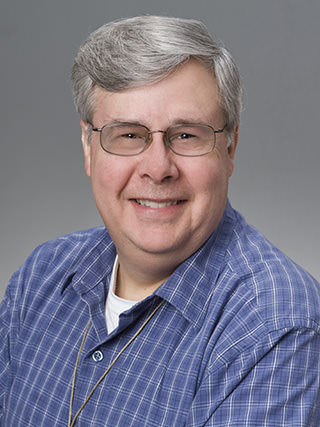 4.8 out of 5 stars
| View details from 244 ratings
Score is an average of all responses to care provider related questions on our nationally-recognized NRC Health Patient Experience Survey.
Learn About Survey

4.8 out of 5 stars
| View details from 244 ratings
Score is an average of all responses to care provider related questions on our nationally-recognized NRC Health Patient Experience Survey.
Learn About Survey

Dr. Esarey was raised in southern Indiana. He graduated from Indiana University, Bloomington in 1976 with a degree in Biological Sciences and Chemistry and from the Indiana University School of Medicine in 1980. He completed his residency in Pediatrics at Riley Hospital for Children at IU Health in 1983. He practiced medicine in Shelbyville, Ind. for seven years where he was attending physician for a children's nursing home as well as working in a multispecialty clinic. While in Shelbyville, he received the Indiana Sertoma Service to Mankind Award. He moved to Bloomington in 1990 where he had a solo practice for 10 years. Dr. Esarey joined our staff in 2000. He began seeing patients on a full-time basis in our Bedford Office in January 2001 and has been in our Landmark office full-time since April 2004. He has a special interest in treating children with Autism, Attention Deficit Disorder, and developmental delays, as well as children with multiple handicaps.

Dr. Esarey has two sons, Davey and Jonathan. His hobbies include singing (primarily classical and Gospel music), reading (especially mysteries and science fiction), church work, genealogy, and golf. He is a member of the Bloomington Chambers Singers.

Attention providers: Is this your profile? Contact us to submit changes.