Childhood obesity is already a problem in the U.S., but the COVID-19 crisis has made it worse. Now, many students who are doing e-learning from home are eating more and moving less.

At 18, high school senior Crisoforo Sanchez can hardly be considered a kid, but to his mother, he will always be her baby.

Cris is her “one and only,” she says. A miracle conceived about the same time she started working at Riley Hospital for Children 19 years ago this month.

“Riley was my good luck charm,” said EVS team member Maria Sanchez. “I had waited like 17 years for him.”

So when she found out that his health was at risk, she made sure he got the help he needed.

Since he was a baby, Cris has gone to Riley for yearly checkups, his mom said. He was always a chubby kid, but when he went for a physical two years ago, his bloodwork scared his parents and him.

His weight had put him in the pre-diabetic category, and he had a fatty liver, a buildup of fat in the cells that can lead to scarring of the liver. While a dietitian helped get him back on the path to healthy eating, Cris also began participating in Riley’s new weight-management clinic last year.

Dr. Sara Naramore, a pediatric gastroenterologist at Riley, runs the family-centered program, which has taken on even more importance this year with the arrival of COVID-19.

Many young people like Cris who already struggle with their weight have lost the structure that a regular school day provides. They are snacking more and moving less, Dr. Naramore said.

Instead of the Freshman 15, call it the Quarantine 15. Fifteen pounds, that is.

“We are seeing kids gaining weight,” Dr. Naramore said. “When I think about a year ago compared to the last six months, many of our patients are having a hard time with weight along with many other psychosocial factors.”

Count Cris among them, though he is redoubling his efforts. At his heaviest, he topped out at over 200 pounds – a lot to carry on his then 5-foot-6-inch frame. He got serious about getting back in shape, meeting regularly with Dr. Naramore and her team, which includes a dietitian and psychologist.

He lost weight and stayed active playing soccer for his school.

But then came the coronavirus and quarantine last spring. Suddenly, he was doing e-learning from home, and it was just too easy to walk into the kitchen for a snack whenever he wanted.

“I probably gained 10 to 20 pounds during quarantine,” Cris said. “I started slipping back into bad habits.”

Now 5-foot-9 and weighing 193, he hopes to shake off a few more of those excess pounds. He is still doing his schoolwork from home but says he has traded Twinkies and Zebra Cakes for grapes and bananas, and he stays in shape by running on a trail near his home, riding his bike and boxing.

Maria Sanchez said both she and Cris’ dad are diabetic, so they understand the dangers that excess weight and lack of physical activity can have on a person. She does her best to make sure her son eats right and takes care of himself, even as he reaches adulthood.

“I give him as much space as I can,” she said, but she also gives him something to think about: “I’m connected to you forever and anything that happens to you I will feel,” she tells him.

In the United States, one in three children meets the criteria for being overweight or obese, Dr. Naramore said. Along with that comes the risk for co-morbidities including diabetes, hypertension and fatty liver disease.

The challenges of the virus mean adults and children need to find new rhythms to life, but the advice for staying healthy hasn’t really changed, Dr. Naramore said. Eat right, exercise, take time to enjoy a new or old hobby, and stay connected with family and friends even if you can do it only virtually.

For her part, she advises patients who don’t have a dedicated physical education class at school or can’t be part of a sports program to focus on what they can do at home. Do they have bikes or soccer balls or basketballs? Is there a park nearby? A walking path? There are even apps for electronic devices that teach kids how to do yoga at home.

About 100 patients ranging in age from 2-17 have been seen in Riley’s weight-management clinic since it launched nearly two years ago. There, they and their families are provided counseling on nutrition, physical activity, sleep and behavior modification.

The program is family-centered, Dr. Naramore said, meaning parents are considered part of the team.

“It has to work for the entire family,” she said. “Kids can’t do it alone.”

As a gastroenterologist, Dr. Naramore said she saw a need to work with pediatric patients in this area.

“I didn’t feel that it was being appropriately and adequately addressed by society and the medical community,” she said, adding that she saw a lot of patients and families who suffered from obesity and didn’t know where to start to take back their life.

“So often we would give them a few basic recommendations and say see you back in six months, only to find they had gained weight. We needed a dedicated clinic space where we could just talk about that and have close follow-up.”

Maria Sanchez was justifiably worried when she learned that her “one and only” was pre-diabetic and had a fatty liver, but she is grateful that she and Cris were directed to Dr. Naramore.

“When I walked into her office for that first visit, I felt that this is where he needed to be.”

Dr. Naramore has been pleased with Cris’ overall progress, saying he is learning to make healthier food choices.

“He is no longer eating as many sweets and eating at convenience stores. He is exercising regularly through running or biking before school starts, which is impressive,” she said. “He is truly taking ownership of his own health. I am confident he will continue to do well.” 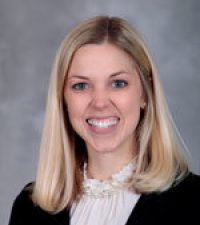