“You never know whose life you could be saving”

In honor of Donate Life Month, let Henry’s story inspire you to learn more about organ donation and the many lives it can change.

This July, Henry Whitacre will celebrate his sixth birthday. But there’s an even bigger celebration coming on that summer day.

Henry will mark the two-year anniversary of his new life with a new kidney – a lifesaving gift from a family friend.

In that time, the Cheetos-loving kid went to the ocean for the first time, started pre-kindergarten, got his first pair of eyeglasses, and – best of all – became a big brother. 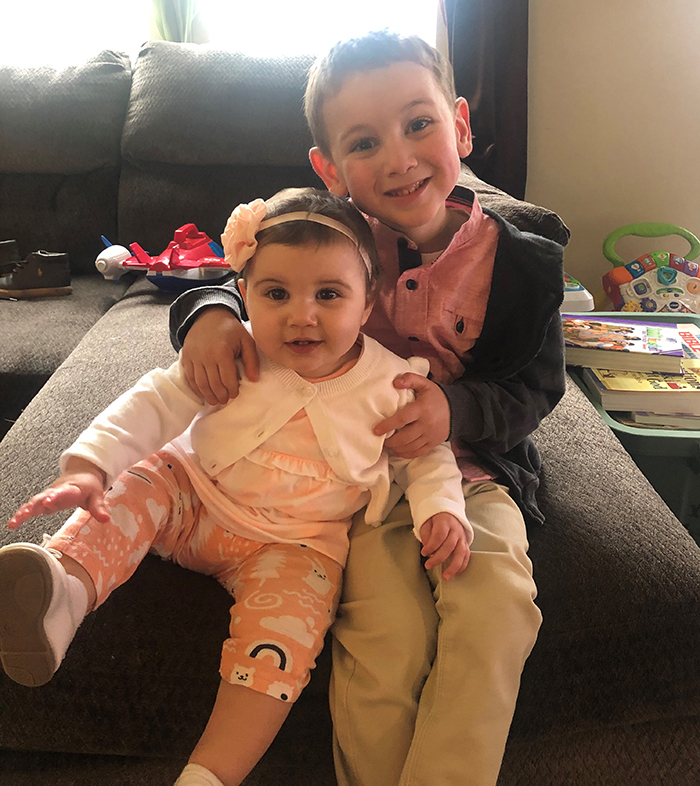 He and his 10-month-old sister, Gertrude Grace, are best buddies, according to their mom.

“They get along wonderfully, said Emily Whitacre. “She’s ornery, so she’s already giving him a run for his money, but he loves her. They are fun to watch.”

Emily and Kevin Whitacre had their faith tested early in Henry’s life when he was born with end-stage renal disease, the result of a condition that stunted the growth of his kidneys.

He spent months in the NICU at Riley Hospital for Children at IU Health, then his parents had to get him set up for dialysis at home. A series of setbacks led him back to Riley. For 18 months, Emily made the two-hour drive from the family’s home in Fort Wayne to Indianapolis three times a week so Henry could receive his dialysis treatment.

Then, a miracle occurred. A miracle the couple had prayed about for so long. A long-lost friend of Emily’s was tested and found to be a match. She wanted to donate one of her kidneys to Henry.

"It's surreal for me to think about the fact that I have a child that requires all this,” Emily said just before the transplant. “But to know that somebody else is willing to step in and say 'I want to give you this gift,' I don't think the reality has completely sunk in."

Henry wanted a Mr. Potato Head for his fourth birthday. He got that – and a new kidney. His transplant took place on his birthday, courtesy of Dr. William Goggins, who has performed more than 2,000 kidney transplants. The director of adult and pediatric kidney transplantation at IU Health is considered a rock star in the kidney transplant world.

Since that day, Henry has thrived. While on the small side before his transplant, he has grown several inches and gained several pounds, finally moving up from a 4T to a 5T in clothing, his mom said.

“We are super grateful and blessed; his kidney is doing great. Kevin and I talk about how crazy it all is. We never thought we’d be here. Sometimes we’ll just be watching him and we’ll look at each other and just shake our heads.”

Facebook memories pop up to remind them of both the good times and the bad, but mostly of how far they’ve come.

Life has changed for the young family amid the coronavirus pandemic. They take quarantining super seriously because Henry will always be susceptible to illness. Other than clinic appointments to make sure his kidney is still functioning well, they don’t leave their home.

“We made the decision to pull him from school before the governor ordered schools closed,” Emily said. “We have hunkered down. We did it for flu season before, but this is definitely different.”

It’s frustrating for Henry, she said, because he wants to go to the park and play. But an awesome playroom in the basement keeps him occupied after mornings spent doing schoolwork and crafts and “Zooming” with his teacher and classmates.

Henry keeps in touch with his grandparents via video chats and the occasional drive-by visit. He stays on the porch while they stay in their car and talk across the lawn. 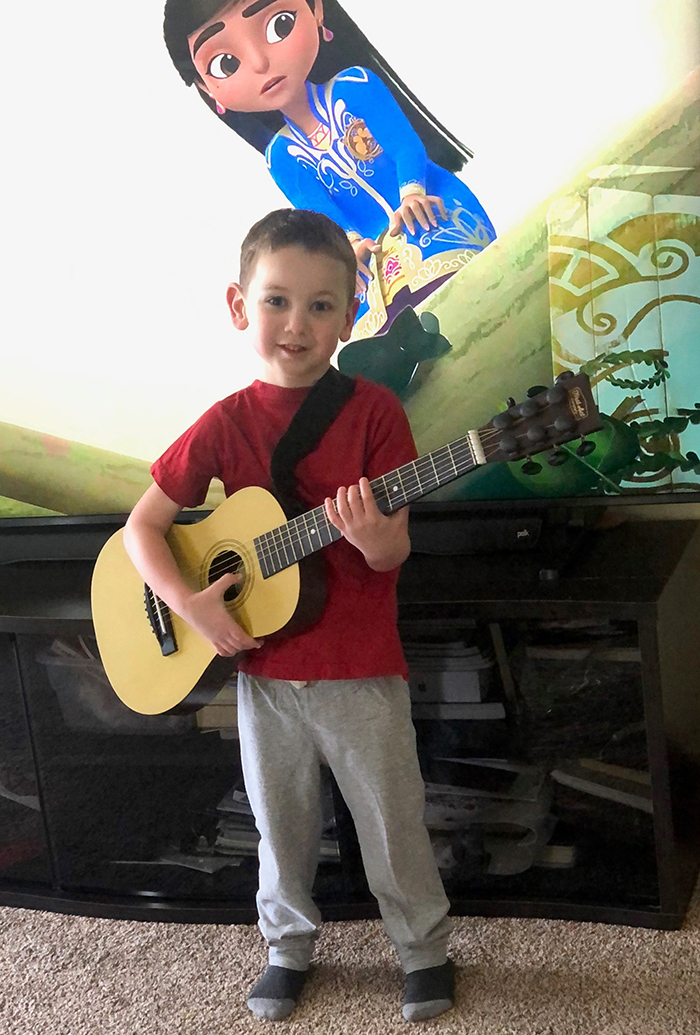 Emily says her son is into everything you would imagine a 5-year-old boy might love – superheroes, Woody from “Toy Story,” Paw Patrol, mud and dirt, and body noises.

But there’s something else. With his little guitar that he received for Easter, he loves to play along with worship songs on YouTube.

“He has a love for God that stops me in my tracks sometimes,” Emily said. “It’s a huge part of who he is.”

This week is National Pediatric Transplant Week, and April is Donate Life Month, a chance to share the powerful message of organ donation through the stories of kids like Henry.

“In honor of Donate Life Month and how awesome that gift was for us, I encourage everyone to consider it; register to be an organ donor,” Emily said. “You never know whose life you could be saving.”

Find out more about becoming an organ donor at www.donatelife.net.