“You can feel the difference when you come into Riley”

This emergency department nurse is a bright light for kids and parents during a scary time. Now, she’s being recognized with a Daisy Award.

And maybe now just a little embarrassed, too, after those words were used to describe her in a special ceremony recently. 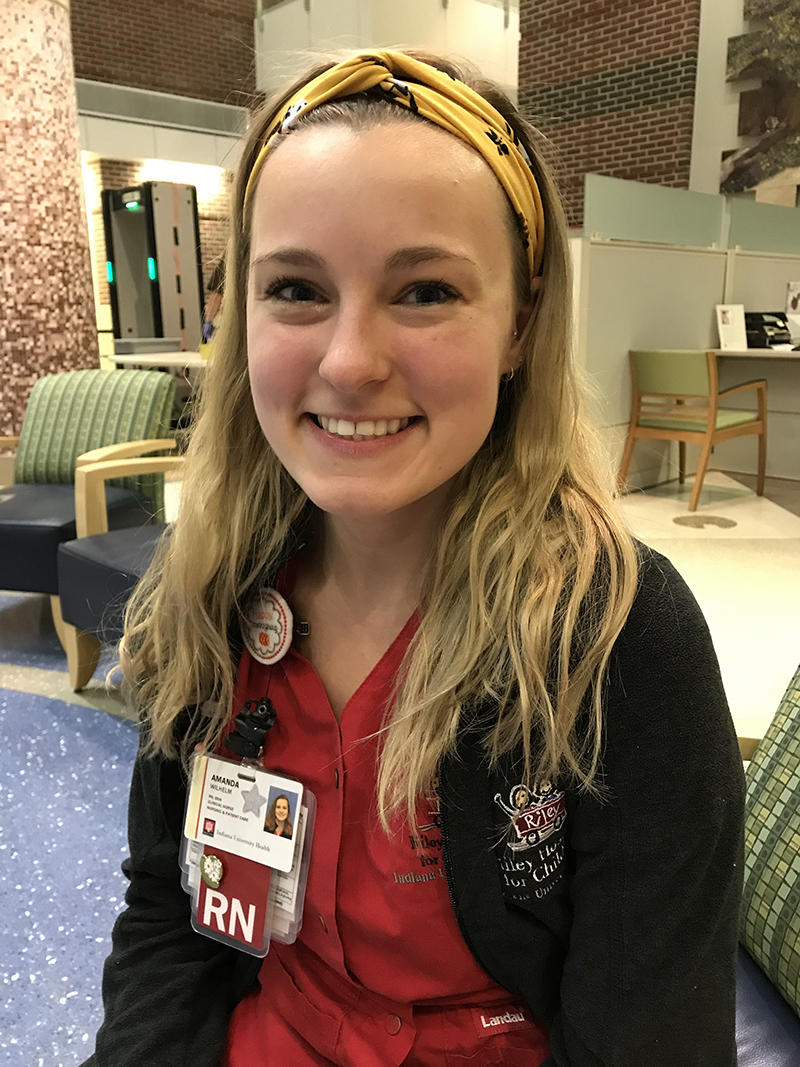 Amanda Wilhelm, emergency department nurse at Riley Hospital for Children, was blushing at all of the praise when her colleagues in the ED gathered to surprise her with one of nursing’s most coveted honors – the Daisy Award.

Wilhelm had traded shifts with another nurse on the very day that her manager planned the Daisy celebration, so she didn’t know what was up when Nettie Wilson, clinical manager for the ED and forensics, called her at home and asked her to come in anyway.

Shara Eloms, associate chief nursing officer of clinical operations, was there to present Wilhelm with a certificate, a Daisy pin, a bouquet of daisies and the Healer’s Touch sculpture, made by hand in Zimbabwe.

And perhaps the best part? Cinnabon rolls for everyone.

Wilson describes Wilhelm as an exceptional nurse. “She is so engaged and so involved in the unit. The level of care she gives is exemplary. I can’t say enough good things about her.”

The Daisy Award was established 20 years ago to recognize the “super-human” work that nurses do for patients and families every day. Hospitals and schools of nursing in all 50 states and 23 countries present the award to nurses, who have been nominated by patients, families and/or team members.

In Wilhelm’s case, it was a nurse from another healthcare facility who recognized her superior work when she and her husband brought their baby son to Riley for emergency treatment in August.

The couple had taken their then-2-month-old son to the Riley ED when he developed a high fever. When doctors ordered a spinal tap on the baby, his parents were terrified, but they said Wilhelm swooped in to help answer their questions, to reassure them and to stay with their baby the entire time. 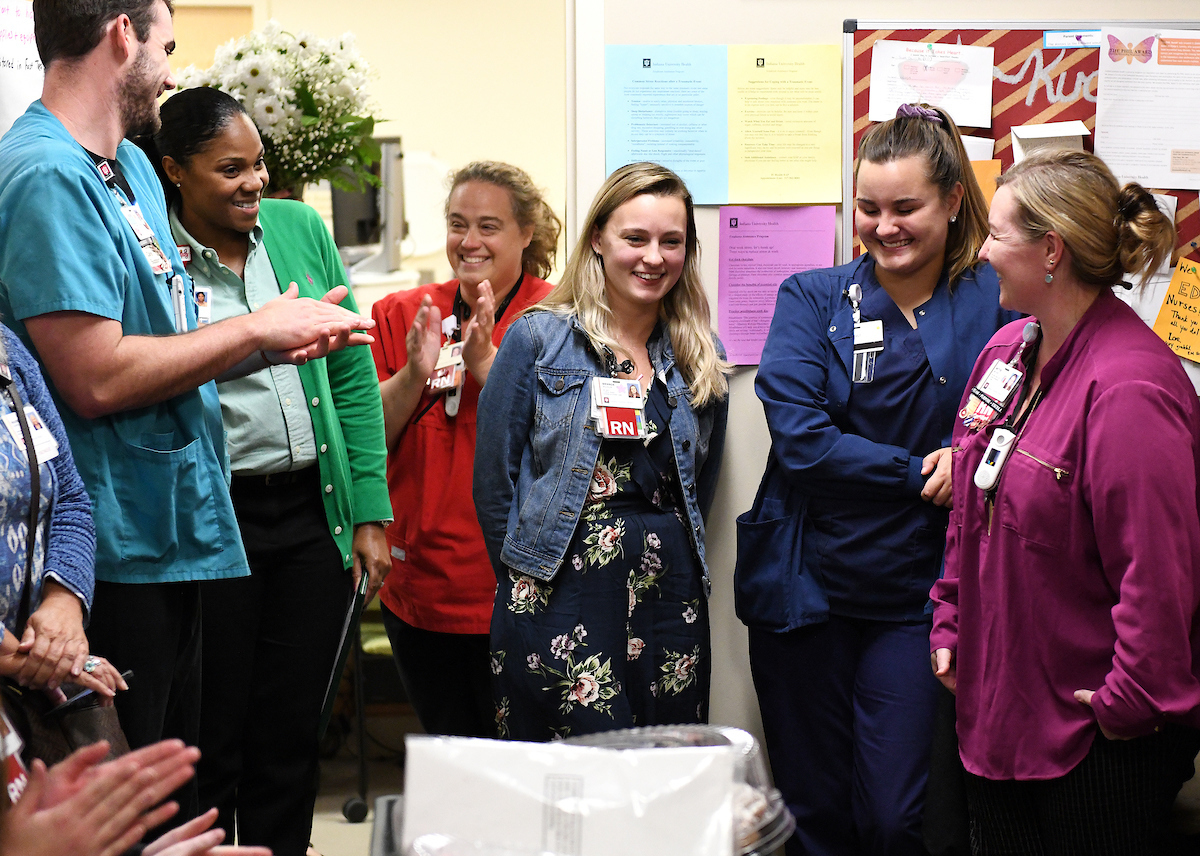 “She was such a bright light during one of my worst moments as a mother and I want her to be recognized as one of the best,” the woman wrote in her nomination letter. “I am also a nurse, but when it’s your own child it is a different story. She went above and beyond for my son and my family, and I can’t thank her enough.”

Eloms said for a nurse to recognize another nurse in this way is especially meaningful. “We appreciate all that you do for every single patient.”

Wilhelm, who married her high school sweetheart last November, has been an ED nurse at Riley for 18 months. The IU Bloomington grad originally thought she wanted to work in pediatrics, but when she did her clinical rotation in emergency medicine, she was hooked.

Her late brother was a Riley kid, so she spent a lot of time in and around the hospital when she was young, which fed her interest in nursing.

“My sister (a teacher) and I both have a caretaker nature – we always wanted to help,” she said.

Although working in the emergency department can be physically and emotionally exhausting, Wilhelm said she works with a really good and supportive team and they lean on each other.

“It’s awesome to be able to learn from you guys,” she told the group gathered around her.

When she leaves her husband, Ryan, and their rescue Greyhound, Otis, at home to come work the late shift, she knows she is walking into a special place.

“You can feel the difference when you come into Riley,” she said, “how much everyone cares and tries to make kids feel like kids even when they’re sick.”