Music therapist Kalin Hagedorn: “We all have such different backgrounds and tastes in music, but we can relate and we can be moved by it, and I just think that is so beautiful.”

As an intern on the music therapy team last winter, Kalin Hagedorn had the good fortune to meet a lot of special patients at Riley Hospital for Children. 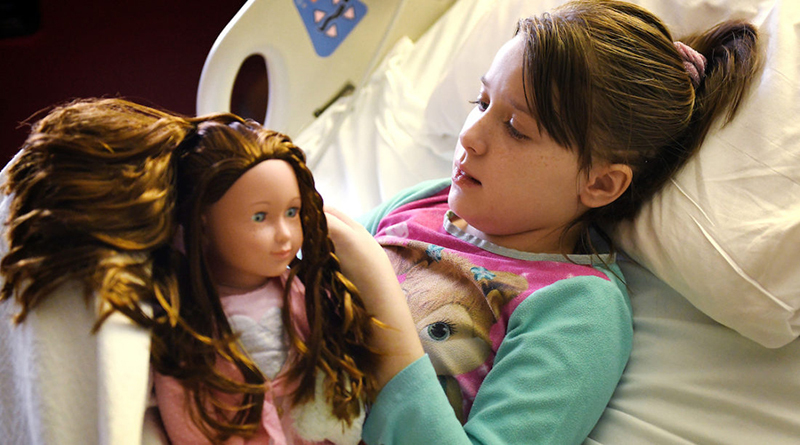 One of them was an 11-year-old girl named Lacey Miller. Lacey had been a perfectly healthy, happy child until October of last year when she began losing weight and sleeping more and more. Before a doctor was able to examine her, she collapsed at home in northern Indiana and was airlifted to Riley.

Turns out Lacey had type 1 diabetes that had not been diagnosed. Additionally, her intestines were backed up severely, leading to a necrotic bowel, characterized by cellular death due to reduced blood flow to the GI tract. It is a serious and often fatal condition. On top of that, her lungs collapsed at least twice, and she had her appendix and 75 percent of her intestines removed. She also had issues with her gall bladder, liver and kidneys while hospitalized.

Lacey spent two months hospitalized at Riley, and that’s where she and Hagedorn connected over the healing power of music. The two saw each other during Lacey’s stays in the PICU, on the eighth floor and on the rehab unit.

“The first time I met her in the PICU she was very quiet. But in time she came out of her shell and became more bubbly,” Hagedorn said. “She has a really good sense of humor. I saw her step into more of herself.”

Hagedorn accepted a full-time job with Riley as a music therapist in June, and despite the changes that COVID has brought, she continues to work her musical magic with patients. As Riley’s music therapy program celebrates its 20th anniversary this month, we want to share the work that our therapists do to help kids like Lacey every day. 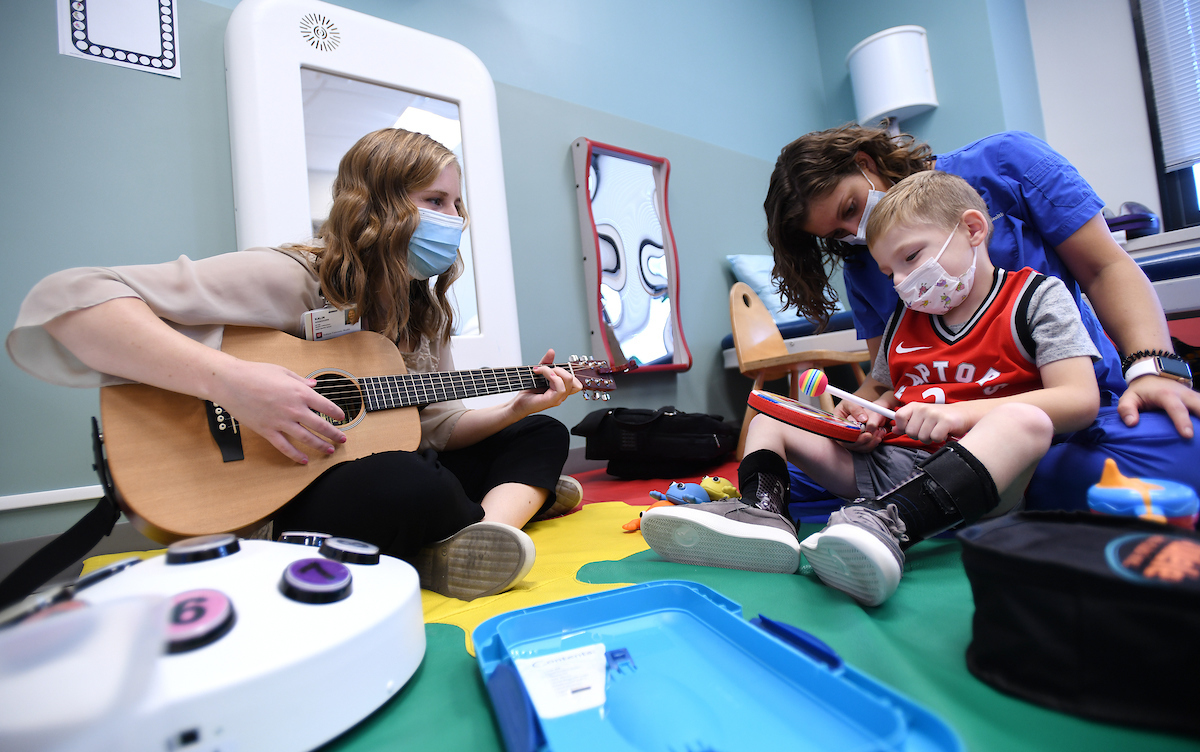 Lacey got all that and more during her time at Riley, according to her parents, Felicia and Dereck.

“With everything Lacey went through, there were so many good people who helped keep her spirits up,” Dereck said. “Kalin was one of them. That was a long few months for all of us. We’re in a really good place now, and they were part of what kept us going in the right direction.”

The Millers are back home in northern Indiana, where Lacey, now 12, is continuing her e-learning as a seventh-grader. She was just fitted with an insulin pump and has a colostomy bag, but neither slows her down.

“She keeps very positive, very upbeat,” Felicia said of her daughter. “She has been such a trouper through this whole thing. She takes it better than I do.” 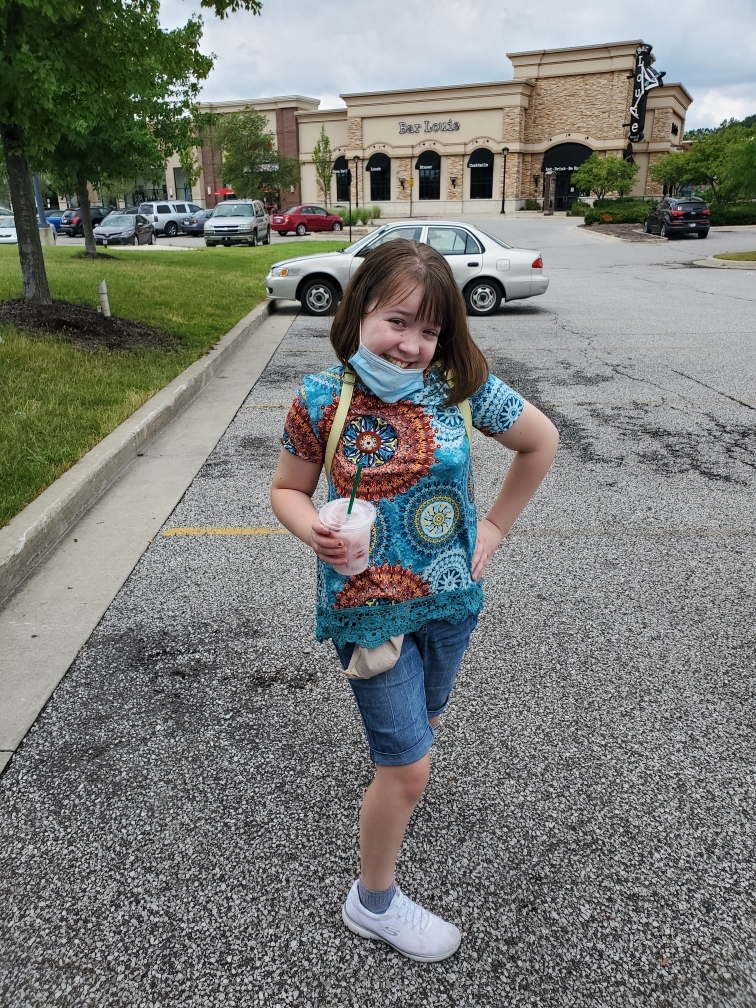 Lacey picked up her sense of humor and her taste in music from her dad, so she often worked on songs from the 1970s and 1980s with the music therapy team. She wasn’t keen on singing, Hagedorn said, but the music soothed her all the same.

“One of my favorite sessions was when Lacey brought in a song she used to perform to in winter guard in school,” Hagedorn recalled. “I learned that song (“Gold”) and played it with her. That was special to her. It was a really sweet moment.”

Lacey hopes to return to school and activities like winter guard someday, but for now, she is content to be home, surrounded by her family, her four cats and all the things she loves.

Hagedorn said her young patient was lucky to have such strong family support while in the hospital and at home. It was key to her mental and physical health.

“I love that music has the ability to reach everybody in some form, in some way,” Hagedorn said. “We all have such different backgrounds and tastes in music, but we can relate and we can be moved by it, and I just think that is so beautiful.”