After cancer took her friend at age 17, Shannon Heinzelman decided to become an oncology nurse: “It was my dream to work here. I feel so lucky, so I try to give it my all.”

Shannon Heinzelman lost a good friend to cancer when she was in high school. That experience changed her in many ways, not the least of which was revealing what she wanted to do with her life.

“I knew this was what I wanted to do, and I would do pretty much anything it took to get there.” 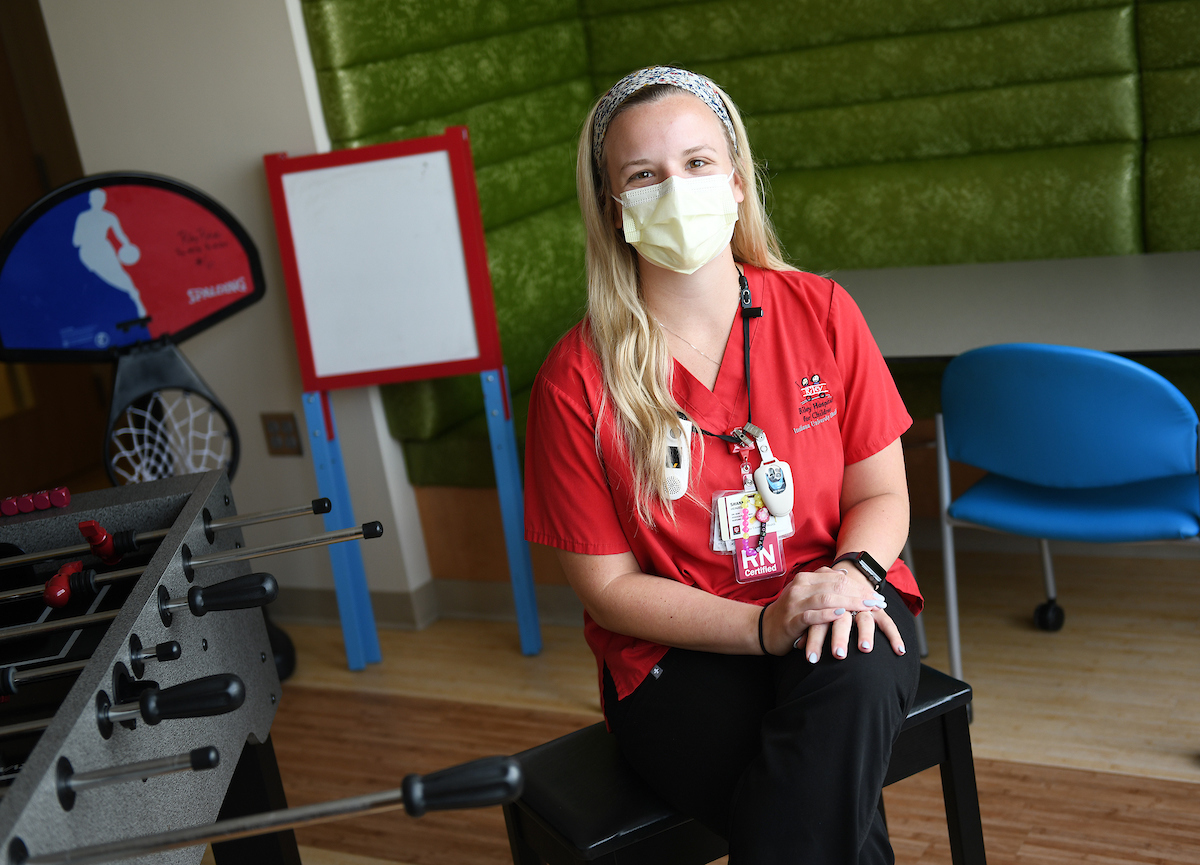 Now 26, Heinzelman has been a nurse with IU Health for four years. She started out at IU Health University Hospital, then three years ago this summer, she moved over to 5W in the Cancer Center at Riley, taking care of kids battling life-threatening illnesses.

She was tenacious, for sure, said Lynn Lawson, clinical manager of operations in the Cancer Center at Riley.

“Shannon is a great nurse – wise beyond her years,” Lawson said. “She originally didn't get hired at Riley because she really wanted hematology/oncology and we didn't have open positions. She got hired at the Simon Family Cancer Center at IU, but right away she contacted me, letting me know who she was and that her goal was to transfer to us after one year.”

Heinzelman emailed Lawson monthly from that point forward until the two women met face-to-face 11 months into her tenure at University.

“I knew she’d be a great fit,” Lawson said. “When her year was up, she met with the peer interview group, and the rest is history.” 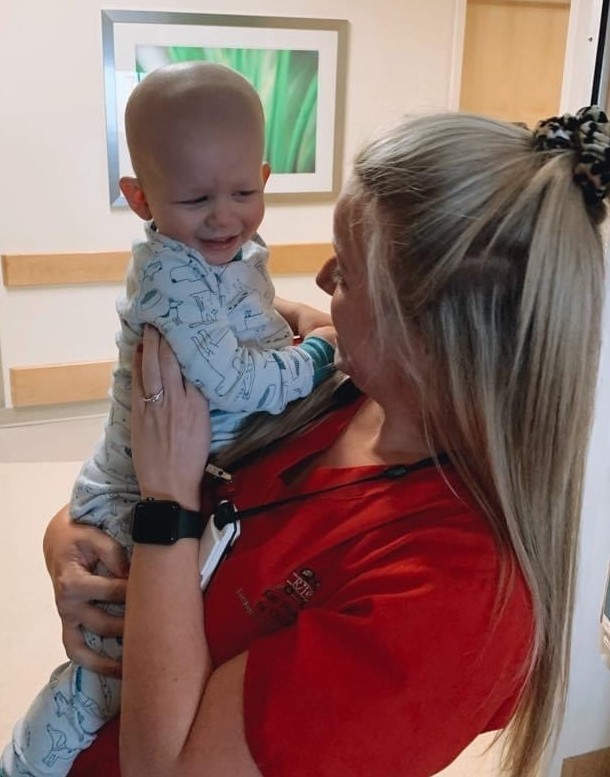 Heinzelman hasn’t wasted any time since joining the Riley staff. Besides her bedside nursing duties, she sometimes works as a charge nurse, and she co-chairs two nursing councils at Riley. In August, she will begin a three-year nurse practitioner program.

“It was my dream to work here. I feel so lucky, so I try to give it my all and get involved in whatever I can and make a difference.”

Despite the heaviness of the job, this is the only place she wants to be.

“The kids are so strong and super inspiring. One minute, they’re puking from the chemotherapy and the next they’re asking to go to the playroom,” she said. “It’s made me a better nurse and a better person just being the smallest part of their journey.”

One patient in particular comes to mind when she talks about how the kids all take a little piece of her heart. The little boy’s family wasn’t around, so she took him under her wing, spending time with him beyond her nursing duties.

“He taught me so much about what being a nurse truly means. It’s not always just hanging the medicines or doing the assessments, but it’s about taking care of the whole person,” she said. “We had a really good bond, and we made each other better.”

That connection with patients and families is the best part of the job, she said. “It’s kind of one big family on our unit. Everybody leans on each other.” 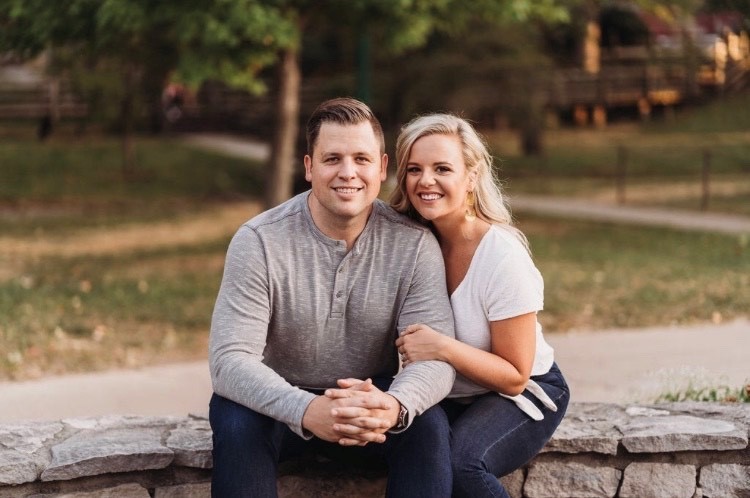 Heinzelman, who married Kyle Danhauer on May 30, loves to cook, read and do yoga in her down time. She tries to leave work at work, knowing that it’s important to maintain balance in her life. But some days are harder than others.

“There are a lot of patients I’ve been very close with and have had a huge impact on my life, but on those hard days, if you bring them home with you every time, there’s no way you can work here,” she said.

When something is weighing particularly heavy on her heart, she likes to talk to her mom. And spending time with her 9-month-old nephew is guaranteed to lift her spirits.

She credits her colleagues with making Riley such a special place.

“I work alongside some of the best nurses, doctors, therapists, everyone. To work in such a heavy environment you have to have a team that can build each other up, and I think we do that really well.”