Wonder Camp: A Haven For Kids With Craniofacial Anomalies

For 30 years, kids with cleft lips and palates and craniofacial anomalies have left the outside world and walked into a lush, beautiful secret place of acceptance. Where the stares and teasing stops and kindness and friendships begin.

Even as a little guy, at 5 or 6 years old, Brandan Aughinbaugh noticed the stares.

He heard the probing questions from people he would meet. He deciphered the pity in a stranger’s look more times than he could count.

The cleft lip. It always made him feel different.

Until, he didn’t feel different anymore.

It happened when he was 8 years old. It was summer time. Brandan entered into the beautiful, lush land of Bradford Woods.

And the outside world dissipated. 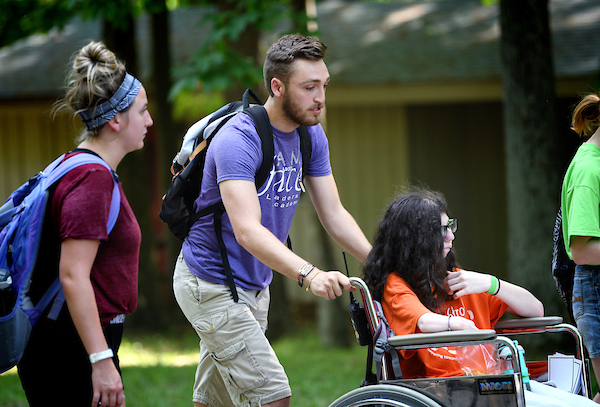 “I found a place I was finally accepted to,” says Brandan, now 18. “I wasn’t ever criticized or made fun of. Everybody here is exactly the same. I found an awesome family.”

That place of acceptance is called Camp About Face, nestled among the 2,500 acres of Bradford Woods in Martinsville, Ind. It’s a camp that, for three decades, has been a haven for kids with cleft lips and palates and craniofacial anomalies.

Brandan remembers walking in having no idea what this camp would ultimately mean for his life.

“It’s really changed me as a person,” says Brandan, who was at his 11th Camp About Face last week before heading off to the American Musical and Dramatic Academy in New York to study theater. “I’ve really loved experiencing other, younger kids coming into the camp, showing them the ropes, being a mentor to them.”

It was the 1980s when a nurse and a manager in the Cleft and Craniofacial Program at Riley Hospital for Children at IU Health noticed something about their patients. 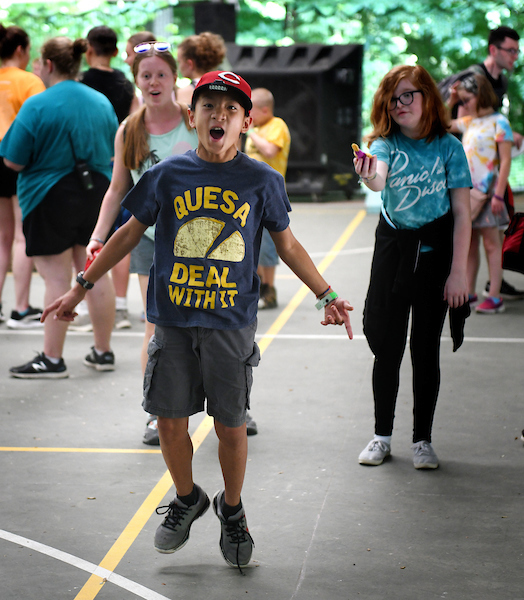 Some seemed lonely. Many didn’t have close friends. Others were shy and withdrawn.

Wouldn’t it be wonderful if all these kids could get together in one place -- and form friendships and bonds with people who understood exactly what they were going through?

The first Camp About Face took place in 1989 and, for 30 years, it has been giving kids support beyond measure.

Kids ages 8 to 18 with craniofacial anomalies are welcome at Bradford Woods. This year, about 35 campers are taking part in the camp that will wrap up Friday, after nearly two weeks.

There is horseback riding, creek stomping, swimming, races, canoeing and so much more. 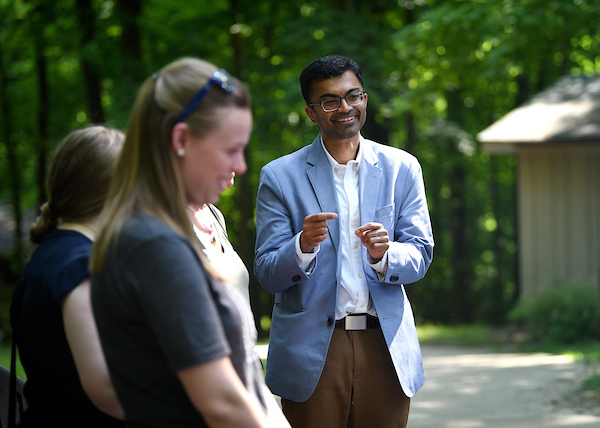 Emotional health and confidence is tied closely to physical appearance. That aspect is tackled at Camp About Face.

Campers spend nights sitting together and talking through their feelings.

What does it mean to have a craniofacial anomaly? How do you deal with it? How do you handle the teasing? 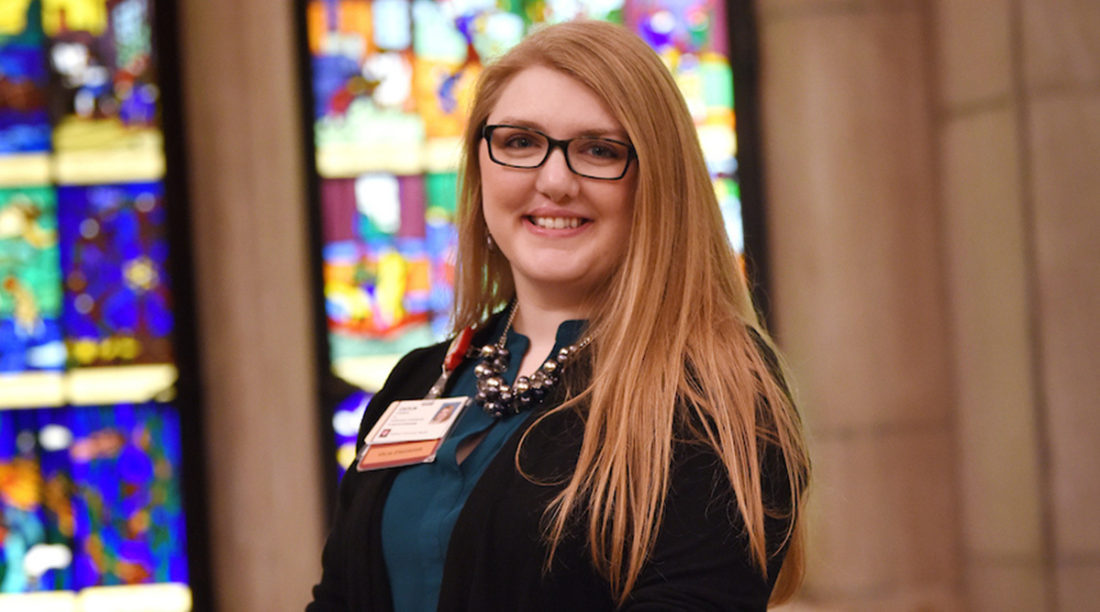 “It’s a good chance to touch base with each other and get a feel for how this has affected all of their lives,” says Caitlin Church, who is the manager for Riley’s Cleft and Craniofacial Program, one of the largest in the country with more than 2,000 patients in active treatment. “Some of the older girls, they will stay up late at night and they talk about jaw surgery like they would talk about makeup.”

Church, who attended Camp About Face for 10 years says she still feels nostalgic coming back. When she walks into the cabins, they smell exactly the same.

Gage Vanderwielen can agree. This is definitely home for him.

“Literally, I’ll be at school and I’ll be feeling down and I’ll think how close I am to camp,” says Gage, 13. “And I will just sit and think about camp.” 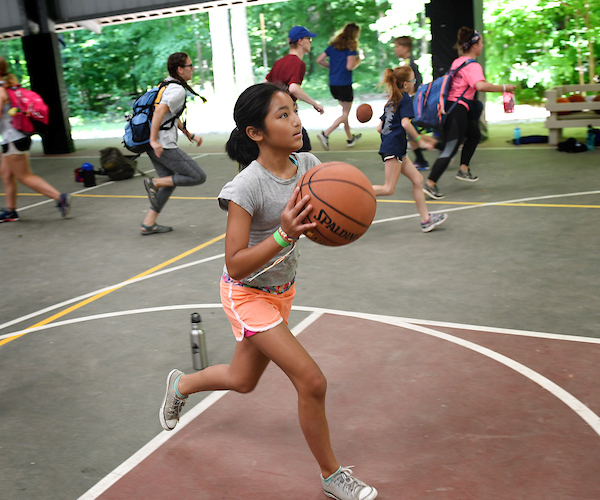 Gage’s two best friends aren’t at his school. They are here at Camp About Face.

Even though cleft lips and palates and other craniofacial anomalies are relatively common, many children don’t know anybody else who has one if there isn’t a family history, says Jenna Dressler, social worker for the team at Riley.

“So, it’s really important these kids get to grow up together,” says Dressler. “They get to grow relationships and friendships with other kiddos just like them.”

Veronica Salrin, 11, is in her third year of camp. As she sat by the fire pit last week, she couldn’t pick her favorite part -- except for all her friends. 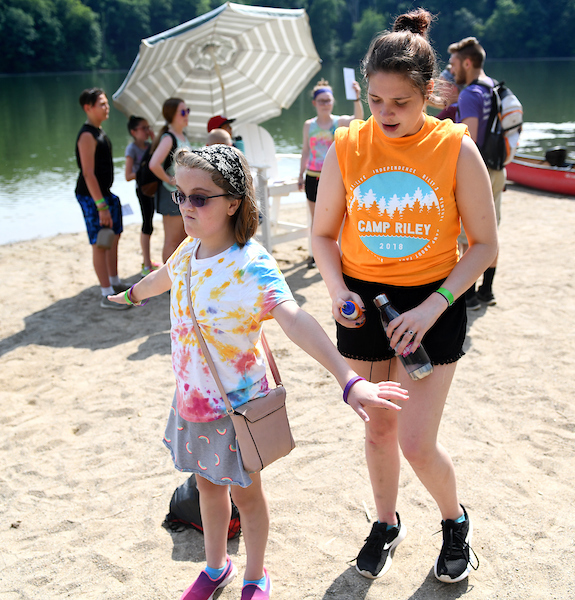 Olivia Petrowski, 13, says she likes swimming and rope climbing. And the hamburgers with mustard and cheese.

Mya Lafuze, 11, likes the horseback riding and looks forward to seeing the campers each year – familiar and friendly faces.

In all reality, this camp is one big family, says Stacy Nance, team nurse for the Cleft and Craniofacial program.

Throughout the year, when a surgery takes place for one of the campers, other campers will show up to the hospital for support.

Mel LeBaron feels like a major part of that family. After attending the camp for eight years as a child, she went on to become a staff member and, for the past 13 years, has been a volunteer.

“It’s so amazing here,” she says. “All of these kids have the biggest hearts.”