With his next move, he will continue a life of service

Josiah Edwards is a bright light for patients in the hematology-oncology clinic, but soon he’ll be expanding his medical skills as part of the U.S. Air Force.

His smile is the first thing you see. Next, you hear his gentle laugh and then his soft-spoken voice, punctuated by “yes ma’am” and “no ma’am.”

Josiah Edwards is a medical assistant in the hematology-oncology clinic at the Riley Outpatient Center. But his job goes beyond taking vitals and asking health-related questions. 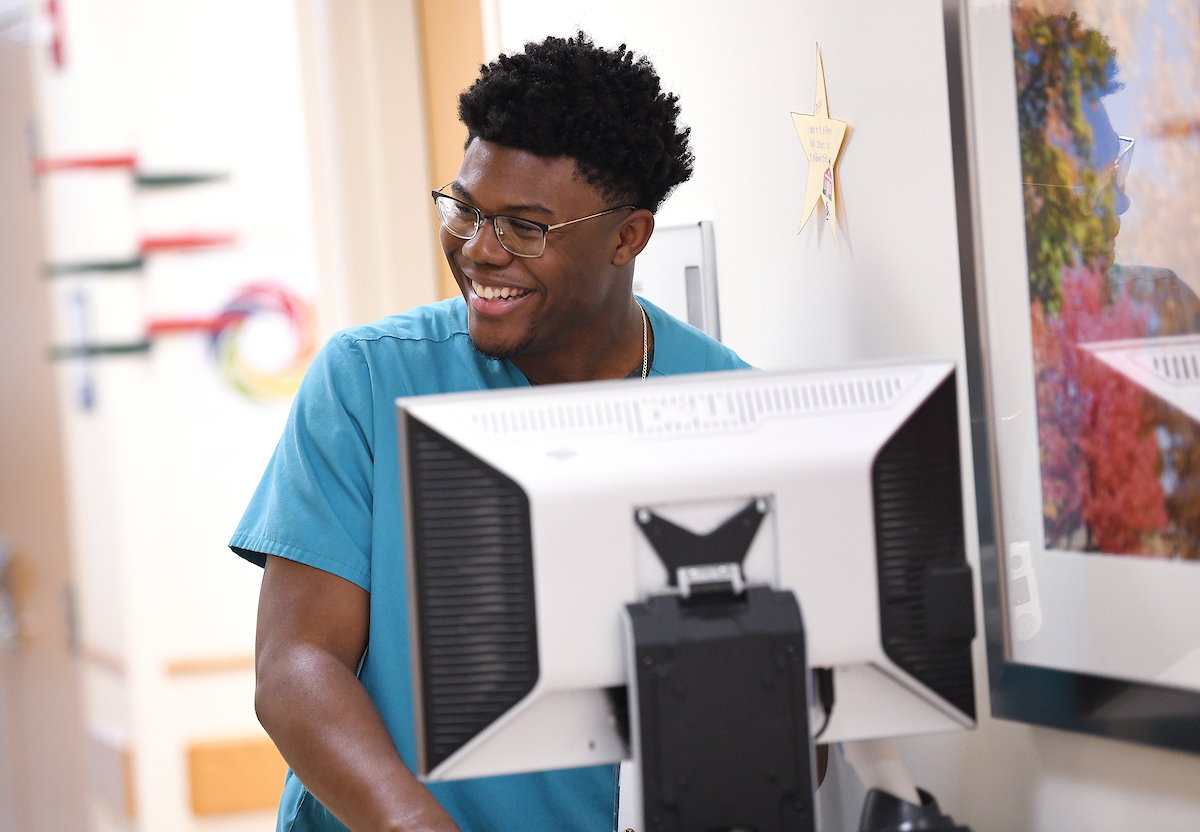 Edwards, 21, is there to make people smile. And that’s not always easy when you’re staring down cancer or a life-threatening blood disease.

Still, he gives it his best shot.

“I make them laugh by telling them a joke and then I go get the doctor,” he said. “I like to think I’m a jokester, other people just think I’m weird.”

Edwards does more than tell jokes. He sings, too, if patients ask, though he’s shy about it.

“I’m always singing to myself, it’s like an obsession. I do it subconsciously.”

That’s because he grew up singing in church. 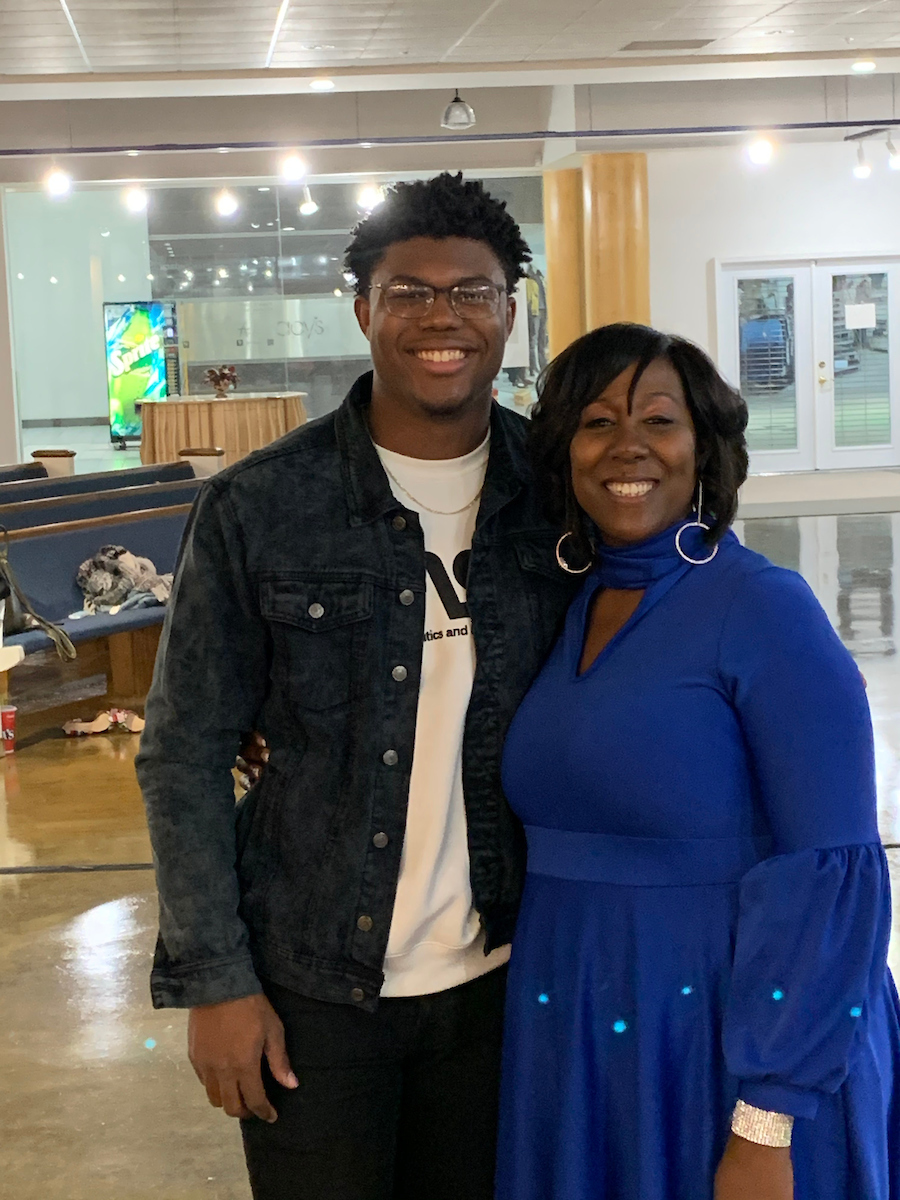 He was encouraged to sing by his mom, who has carved out a career herself singing gospel tunes.

So Edwards uses his pipes and his big heart to entertain patients when they ask, singing a little pop, country, R&B and gospel.

“I’ve noticed here in the hem-onc clinic it can be really hard for families to adjust and to cope with what’s happening,” he said. “Sometimes what’s needed is a break, and I’m more than happy to be that little break for that moment.”

He has worked at Riley for almost a year and loves the interaction he has with patients. Some day he hopes to become a doctor.

But first, Edwards will answer another calling.

Following in the footsteps of his father, grandfather and uncles, he has decided to join the military and has enlisted in the U.S. Air Force.

He will report for basic training in the next few months but plans to continue working until his number is called.

Right now he’s leaning toward a military job in the field of aerospace medical, similar to his Riley job. But he’s also intrigued by a post with the bomb squad.

“It’s exhilarating, exciting. I’d still get to save lives and get a chance to help people, which I love.”